There is a serious commotion in the prohibitively politicized Lviv. On the rooftops of houses along key highways, sniper and countersniper groups. The reason was told on Facebook by Vasily Tereshchuk, the web editor of the Lviv Bureau of the Ukrainian Service “Radio Liberty” (on the territory of the Russian Federation it has the status of a “foreign agent”). 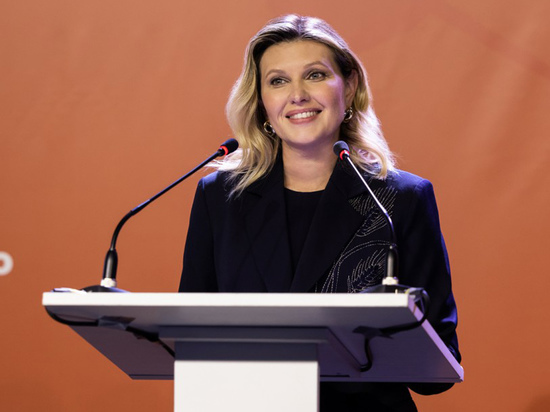 “The officers of the Lviv police have just come to our editorial office and warned us not to look out the windows,” the editor writes. – Because “Mrs. President” Zelenskaya arrived. During her visit, snipers are on duty on the rooftops and they will open fire if we try to ignore the warning. ”

According to Tereshchuk, this did not happen even under President Viktor Yanukovych (he was not much favored in Western Ukraine either). “We welcome Mrs. Zelenskaya to Lviv and hope that she will leave the city as soon as possible,” Vasily Tereshchuk concluded his post.

Residents of Lviv are strained by such precautions. The concerns of the indigenous people of Lviv are easy to understand. Vladimir Zelensky's presidential rating is “crumbling before our eyes.” There is still winter on the nose, and the country is sorely lacking in gas and coal. Only a miracle can save the authority of the head of state. Or … an attempt to assassinate the most precious thing that Vladimir Alexandrovich has – the First Lady.

It is known that Elena Vladimirovna Zelenskaya, along with a longtime personal friend of the president, Sergei Nakhmanovich Shefir, is his last stronghold. Including financial. Moving from the film business to the highest post in the state, Zelensky sold all 12 companies registered to him and to his spouse to the first assistant to the head of state, Shefir. The corporate rights of these legal entities cost Sergey Shefir 246 thousand 144 hryvnias ($ 9360). The amount, as you might guess, is symbolic, “as for your own.”

It was Sergey Shefir, on whom the Zelensky family is directly dependent until the end of his presidency, some “bad people” on September 22 tried to “multiply by zero.” Fortunately, unsuccessful. This story will soon turn 2 months old.

The area of ​​the crime, as a result of which Volodymyr Zelensky's friend himself did not suffer at all (his driver Alexander Ivanko was wounded), are still combed by the National Guards along with the most capable structures of the National Police of Ukraine: Department strategic investigations, the Criminal Investigation Department and the Main Investigation Directorate of the NPU.

A scrupulous study of everything and everyone on a rather large area – 430 hectares of forest – has not yet made it possible to at least guess who and why attempted Sergey Nakhmanovich.

A number of skeptics, including the opposition blogger Anatoly Shariy, call what happened on September 22 on a forest road near Kiev by an “stupid staging in the style of the” Evening Quarter “.

Deputy Minister of Internal Affairs of the Republic Yevgeny Yenin (previously he served in the General Prosecutor's Office of the Republic) said: the one who attempted on the life of Zelensky's first assistant and the driver of the Audi is “a professional, and he was not alone.” Yenin even saw … an “imaginary portrait” of the shooter. He knows how tall he was, how much he weighed. The experts determined all this after studying the traces left at the place of execution. The shooter's highest qualifications are also supported by his ability “to fire almost 20 bullets at the car within 4 seconds, 15 of which hit the car … 2 bullets hit the driver's leg …”.

The Deputy Minister added an important, according to the investigators, detail: single shots were fired at a fast-moving car from AKM.

“A professional will never take with him a weapon with which he has just“ carried out an order ”. And, on the contrary, the pros do not leave the casings from AKM at the scene of the crime. To do this, the shooter hangs a special bag on the machine, into which the shot cartridges are poured. Well, and the statement about “single shots” from a machine gun at a racing “Audi”, in my opinion, speaks of Yenin's elementary ignorance of the laws of ballistics. It is physically impossible to make 15 single sighting shots in 3-4 seconds (that is, with a pause after each bullet sent to the “addressee”). It would have been better for Yenin, as before, to establish international relations in the General Prosecutor's Office; his “authoritative reasoning” about the actions of the bandits, whom the deputy minister saw only in the series “The meeting place cannot be changed”, make any operative smile … “.

After the first official statements by the press service of the National Police of Ukraine a terrible picture: the driver of Shefir with serious wounds was taken to the intensive care unit, the best Ukrainian doctors are fighting for his life.

The reality turned out to be different. Optimistic. Ivanko on September 22 did without resuscitation. Moreover, after 2 hours in the hospital, he was released home …

Prosecutor General Irina Venediktova, who received higher education at the Kharkiv University of Internal Affairs, assures that the state of emergency near the village of Lesniki was not staged. During the student years, the lady, according to her, shot almost every day, has an idea of ​​such things as the accuracy of the shelling, changes in the speed of the fired car, the coincidence of the wounds of the victims of the assassination attempt with the holes in the car body. Everything recorded on the Audi after the “morning forest adventure”, according to Venediktova, points to the “realness” of the attempt on Shefir.

The opposition portal “Strana UA” reminded readers of the shelling of a Toyota jeep on March 16, 2007, in which were traveling close friends of the Russian businessman Maksim Kurochkin, who had been liquidated by that time by the killer. The “all-terrain vehicle” on a similar forest road near the village of Plyuty, Kiev region, was literally riddled, the chief of security for Kurochkin, Andrey Kharchishin, and three of his fighters were put on the spot without a minimum chance of staying alive.

“Strana” one of Zelensky's enemies to “throw the glove to the president”, believes that the shooters were not tasked with “soaking” Shefir (to whom Zelensky copied part of his real estate and other assets), but just “slightly scare”, non-fatally wounding the driver of the first assistant lava state.

At the end of the analytical article, “Strana” nevertheless mentions the possibility of staging. In particular, the Kiev colleagues draw attention to the same detail that did not go unnoticed by the MK correspondent on September 22. Specifically: “Audi”, owned by the company “Evening Quarter”, got into the lenses of police photographers and cameramen, already being “spoiled”. I mean, with holes on the left side of the case. Did they shoot at her while driving – or did the car still stand still in those seconds? Was Shefir in the cabin at the time of the assassination attempt – or was there one driver in a foreign car who was accidentally hit by two stray bullets? Zelensky and Sergey Shefir. In the first, the so-called Pandora Papers, Zelensky appears as the owner of offshore companies, which included tens of millions of dollars withdrawn from PrivatBank by its founder Igor Kolomoisky.

The fraudulent machinations of the tandem (at that time, of course, the first was not the head of state, and the second was his first assistant) had to be “interrupted” by some resonant event. “Kvartalovtsy” settled on the option of “assassination” on Shefir, since Zelensky was just overseas, in the USA.

What else will the ingenious KVN people come up with on the eve of new high-profile revelations of themselves, loved ones, we can only guess. Arrival in Lviv of the First Lady of Ukraine fits into this canvas just the same perfectly!

Increased precautions have been taken not only in relation to Volodymyr Zelenskyy and his wife.

The leader of the Servant of the People parliamentary faction David Arakhamia has recently also traveled to the Verkhovna Rada in a bulletproof Toyota Land Cruizer 200 SUV. True, David Georgievich basically dispenses with a personal driver.

Correspondents accredited in the Rada did not hide the next “tuning” of the vehicle introduced by the deputy. The fact is that last week Arakhamia's Kruzak had six powerful antennas on the roof to suppress the GPS signal. The purpose of these “buckets-jammers” is to counteract undermining with the help of remote devices, and also to interfere with the “wiretapping” of conversations on a mobile phone. The installation of “buckets” at the current Kiev prices is $ 25 thousand.

Perhaps Mr. Arakhamia asked the specialists to somehow “hide” the protection system. It is unlikely that he is ready to give it up completely. Moving around a million-plus city without blocking tracking beacons and “bugs” is an unaffordable luxury these days.

Lviv writer Veronika Khidchenko is convinced that the Lviv cops, who warned Radio Liberty (foreign agent) journalists in advance about the snipers who had settled in, should be told “Kneeling gratitude”: “… After all, it may well be that the snipers of the SBU are holding it at gunpoint! ..” That is, Elena Zelenskaya, whose murder was conceived by the “insidious Lviv Banderaites” …