​It’s been another successful year for Working Men’s Club. Having earned a reputation as one of the most exciting live acts to emerge from the UK in recent years before the Covid-19 pandemic stopped them in their tracks, they’ve somehow managed to surpass expectations with their exquisite recorded output since. While 2020’s self-titled debut earmarked them as electronic pioneers in the making, this summer’s equally excellent follow-up Fear Fear suggested their ongoing progression hadn’t abated. If anything, they’ve become a more potent force, founder members Syd Minsky-Sergeant and Liam Ogburn alongside multi-instrumentalist Mairead O’Connor now boosted by the addition of Hannah Cobb of DEK/Dream English Kid on additional synths and keys.

With a sound that owes as much to the industrial wasteland represented by disused warehouse buildings scattered around the UK as it does the modern electronic age, its perhaps fitting that tonight’s show takes place in The Mill. A renovated Victorian warehouse set in Birmingham’s former industrial heartland, Digbeth. With its visible brickworks, metal beams and monolithic structure, The Mill is one of those places that could have been custom-built for an event like the one taking place this evening.

Openers SCALPING certainly fit the setting. Hailing from Bristol, they’re an inventive collective whose musical offerings flit somewhere between the metallic stylings of Deafheaven and noise infusion of Fuck Buttons yet also with the crossover appeal of someone like Pendulum or Utah Saints. Indeed, the last time Under the Radar saw this band was at a festival in Slovakia back in 2019 where their incendiary performance turned heads that evening. So, it shouldn’t come as a surprise that their intensely fine-tuned opening slot here proves a mind melting, ear splitting experience for those who’ve arrived early. Playing a non-stop, half hour set that’s almost relentless in its execution, SCALPING are a revelation and easily one of the most pulsating live acts we’ve witnessed in a long time. Propelled by machine-like drummer Isaac Jones who’s aided and abetted by a collection of electronic machines and traditional musical instruments. SCALPING have the potential to be headlining bigger venues than this in the none too distant future, but for now this is as perfect a setting as they could have chosen. 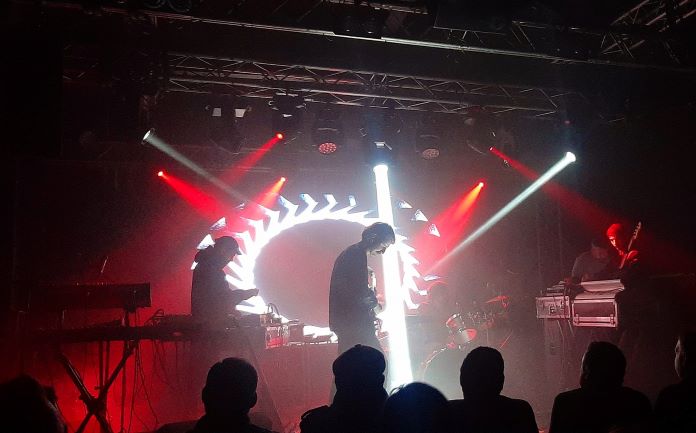 Moving onto Working Men’s Club, whose development as a band is instantly measurable by their recordings. From the early New Order post-punk stylings of debut single “Bad Blood” through the more experimental debut and now part three of the journey with Fear Fear. Elements of the record immediately bring to mind artists as disparate as Gary Numan (“Widow”), OMD (“Ploys”) and Lo-Fidelity Allstars (the rest of it). It’s this genre hopping, time travelling finesse that sets Working Men’s Club apart from many of their peers. It’s also worth noting that 2/3 of tonight’s set is made up of songs from the new record, while previous set closer “Teeth” is also despatched early on, which demonstrates a supreme confidence in the quartet’s newer (some of the songs on Fear Fear date back over two years) material.

What that makes for is a constantly flowing groove where songs occasionally merge into one, Minsky-Sergeant flitting between ebullient frontman and machine operator alongside his three similarly occupied cohorts. “Circumference” at the heart of the set is arguably the point where the whole room becomes unified in dislocated dance moves, while a triumphant “Angel” – a song in three parts that encapsulates post-punk, post-rock and electronic dance – is simply mesmeric. Fittingly, “The Last One” brings proceedings to a close and with it, the climax to another jubilant twelve months for Todmorden’s finest exports. 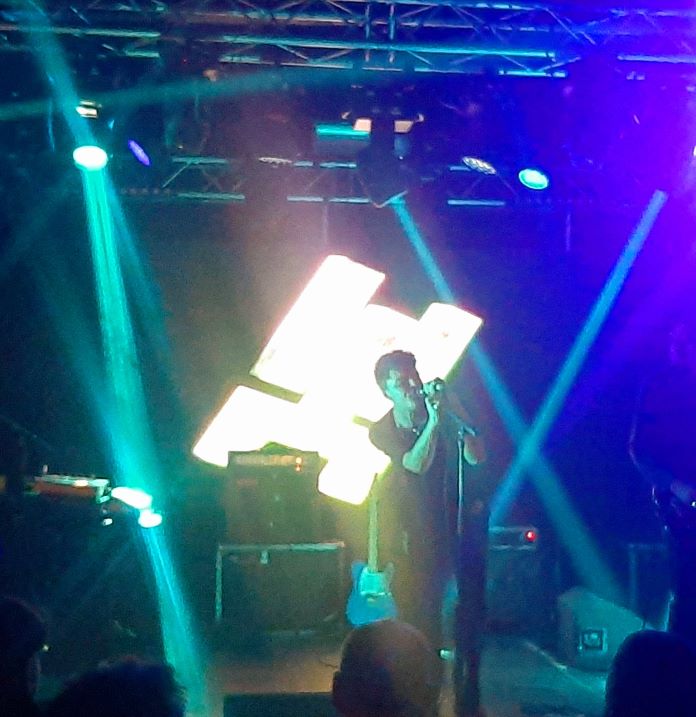