Asheville rock band Wednesday have announced a new album, Rat Saw God, and shared a new song from it, “Chosen to Deserve,” via a music video. They’ve also announced some tour dates. Rat Saw God is due out April 7 via Dead Oceans (their first for the label). Spencer Kelly directed the “Chosen to Deserve” video. Watch it below, followed by the album’s tracklist and cover art, as well as the tour dates.

Singer Karly Hartzman had this to say about the new single in a press release: “‘Chosen to Deserve’ is a writing exercise I gave myself to try to recreate the iconic song by Drive-By Truckers ‘Let There Be Rock’ but with my own experiences from growing up and fucking around and getting into stupid shit. The video directed by Spencer Kelly shows the setting of my upbringing and antics: my parents’ neighborhood in Greensboro, NC and Lake Myers RV Resort.”

Back in October, Wednesday shared the album’s eight-and-a-half minute long “Bull Believer,” in addition to announcing that they had signed to Dead Oceans.

In 2022, Wednesday released the covers album Mowing the Leaves Instead of Piling ‘em Up. Read our interview with the band on the album here. The band’s last album of original songs was 2021’s Twin Plagues. Wednesday wrote Rat Saw God in the months soon after following Twin Plagues’ completion. They recorded at Asheville’s Drop of Sun studio over the course of a week.

“I really jumped that hurdle with Twin Plagues where I was not worrying at all really about being vulnerable—I was finally comfortable with it, and I really wanna stay in that zone,” says Hartzman.

The songs on Rat Saw God tackle everyday life, rather than big issues. “Everyone’s story is worthy,” says Hartzman. “Literally every life story is worth writing down, because people are so fascinating.” 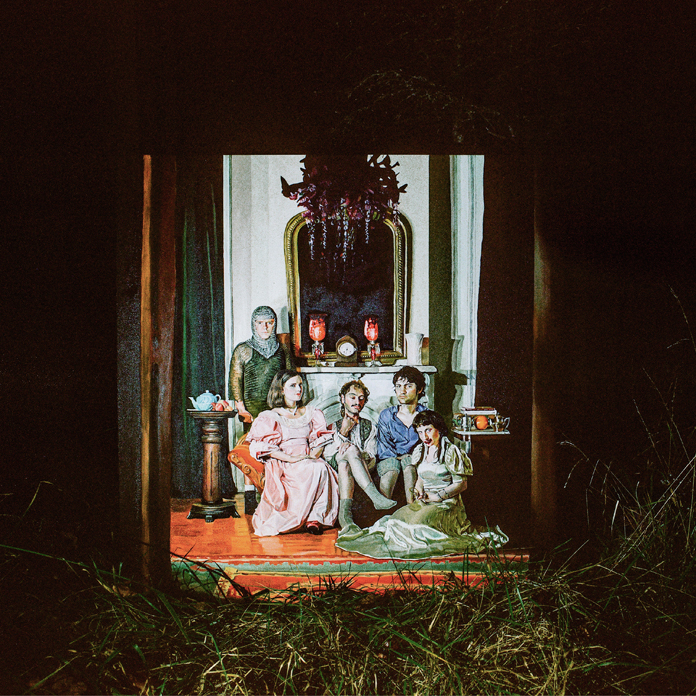