Manchester, England-based dance-rock band W.H. Lung have announced a new album, Vanities, and shared its first single, “Pearl in the Palm,” via a video for it. The song has a bit of an LCD Soundsystem vibe. Vanities is due out September 3 via Melodic. Gracie Collier and the band’s Joe Evans directed the playful “Pearl in the Palm” video. Watch it below, followed by the album’s tracklist and cover art.

In a press release, Sharkett says that their hometown is integral to their sound. “Manchester is a very important part of this record,” he says. “The White Hotel, nights like Wet Play, seeing Gerd Janson DJ at the End of Year Riot (Electric Chair) and then discovering all the amazing stuff on his label Running Back. Then when we moved to Todmorden it was the same. Seeing Andrew Weatherall down the road from our flat at The Golden Lion—it just felt like an exciting time for us and I wanted to consume as much new music as possible.”

Evans says that the dancefloor is also an important component of the new album. “Vanities is a musical representation of what Tom and I crave the most now that it’s been taken away from us,” he says. “In simple terms, we love to dance and have both fallen deeper in love with the music that facilitates that. Because of this voracious appetite for new music and the experiences that come with that hunger, influences on the album are vast: the aforementioned Weatherall, Robyn, Todd Terje, Grauzone, Kelly Lee Owens, Helena Hauff and countless others.”

Sharkett calls “Pearl in the Palm” a “transition from the old W.H. Lung to new.”

Evans had this to say about the single and its video: “This video was shot in January across the unlikely beauty of the Irish midlands, in Co. Offaly and Co. Laois. My inexperience directing and shooting films is part of the story here. We did the whole thing on an iPhone with makeshift tripods and second-hand gimbals. It gives the video a beautifully honest, home-filmed quality.

“The story speaks to a connection with nature so everything was shot outside, in the rain, in the cold, in the quiet of the early morning. There’s water, there’s forest, there’s bog, there’s a donkey. We wanted to say something about creative expressiveness too, which comes through in the amazing outfits, styled (and hand painted) by Spice Vintage. I think there’s also something in the video about spontaneous living and flowing with the unexpected. Like, a balloon? I’ll have a day out with it! 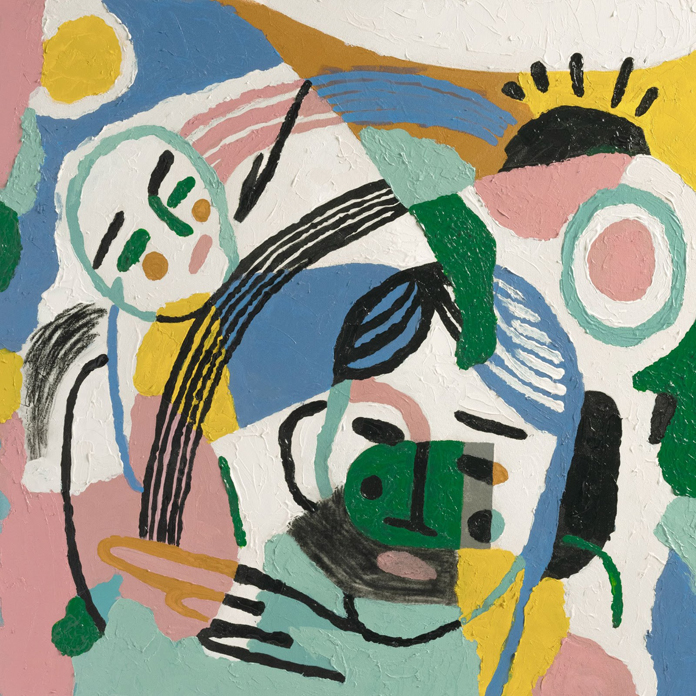