​“We honestly thought Covid would be the end of the live music and festival industries as we know it,” one festival booker tells me. “But the past few months has convinced me were getting back on track after all.” It’s a message that’s repeated mantra-like everywhere this weekend, whether it be in passing conversation or on one of the numerous panels that take place throughout Viva Sounds’ second day.

Now in its fifth year, having initially started back in 2017. Viva Sounds prides itself on being a club festival rather than your bog standard showcase event. Situated in Gothenburg on Sweden’s west coast, which also boasts being the second largest city in the country. Gothenburg’s infrastructure lends itself instantaneously to a multi-venue event such as this, with each of its nine participating venues being less than ten minutes walking distance combined from one another. Which is just as well because as with any growing festival, the line-up features a host of talent from both Sweden and overseas, many of them clashing with one another which is always the sign of a well-programmed event. 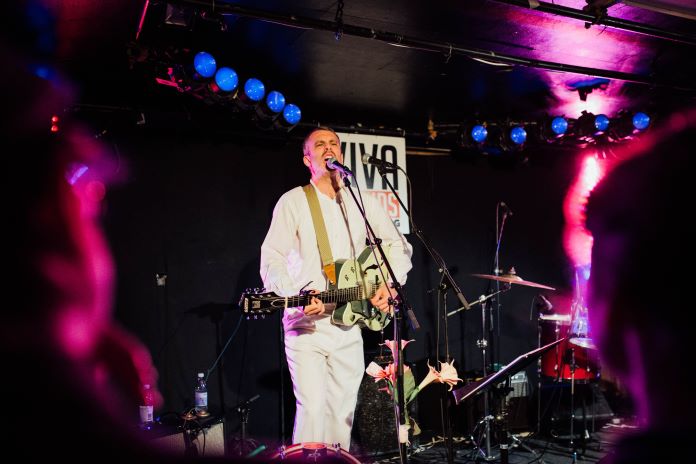 With venues ranging in size from the tiny Gathenhielmska Huset, which holds a capacity of just thirty people in its picturesque setting of an orangery buried in the lawn under a glass roof. To the more conventional Musikens Hus and Oceanen, which boast capacities of 350 and 250 people respectively. There’s also Holy Moly, one of four participating venues on the vibrant Andra Langgatans road, which doubles up as a cocktails and tacos bar. While a few doors down the road are The Abyss – Gothenburg’s very own metal themed bar named after Slayer’s fifth album Seasons In The Abyss – and Skivhandel, one of two participating record shops that will host live performances over Viva Sounds two days. 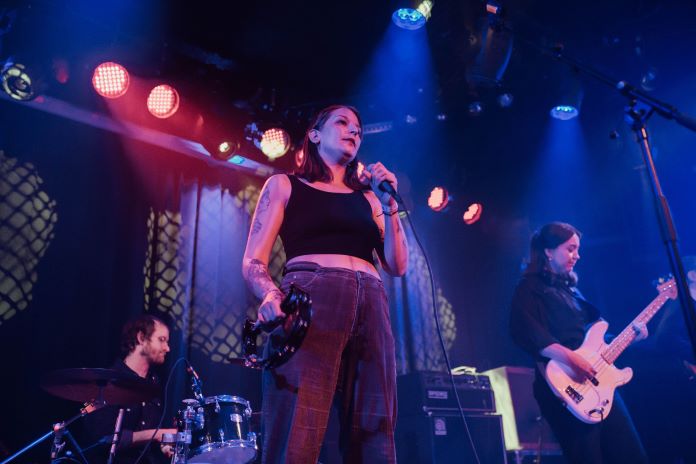 Viva Sounds is also quite an international affair, with delegates having travelled from Madrid, Mexico City, Riga and even Wrexham to be here. From a UK perspective, Focus Wales, This Feeling and Radio X has representatives present while iconic music journalist and Rolling Stone editor-in-chief David Fricke is the most recognisable name among the panellists and interviewees for the daytime programme.

Musically, Viva Sounds plays host to over forty artists, some of whom will play twice over the course of both days. With temperatures around one degree in the evening, its probably wise to remain in doors as much as possible. Norwegian singer/songwriter Krissy Mary provides a soothing introduction to the weekend’s proceedings, while both Spanish dreampop outfit Montesco and local four-piece Puppy Eyes soundtrack an early evening browse through Skivhandel’s record racks. 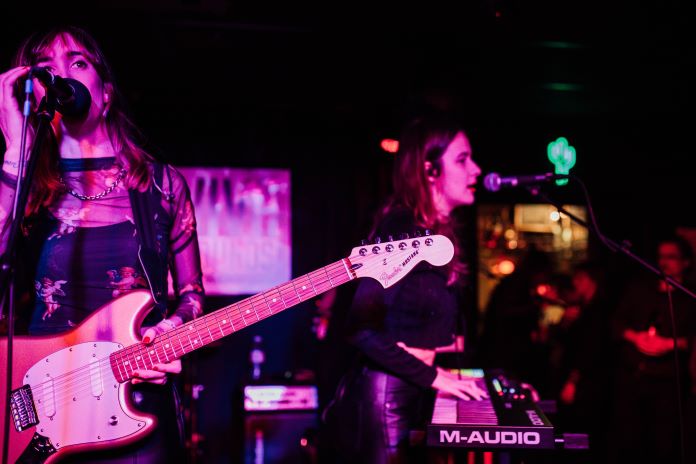 Indeed, Gothenburg has something of a tradition for producing some of the most exciting music in Europe in recent years, often with a shoegaze, dreampop twist. While its two biggest exports in recent years (Westkust and Agent blå) might not be playing this year, various members of either band can be spotted at a number of shows throughout the weekend.

Finnish five-piece Rokets take us back to the halcyon days of garage metal (think Hellacopters meets Backyard Babies), their twelve songs set going down an absolute storm in the recently refurbished Abyss. Moving across town, we’re presented with arguably the worst clash of the entire weekend that pits The Hidden Cameras’ Joel Gibb – playing a solo set this evening in Oceanen – against experimental post-punk outfit Cloudsurfers. 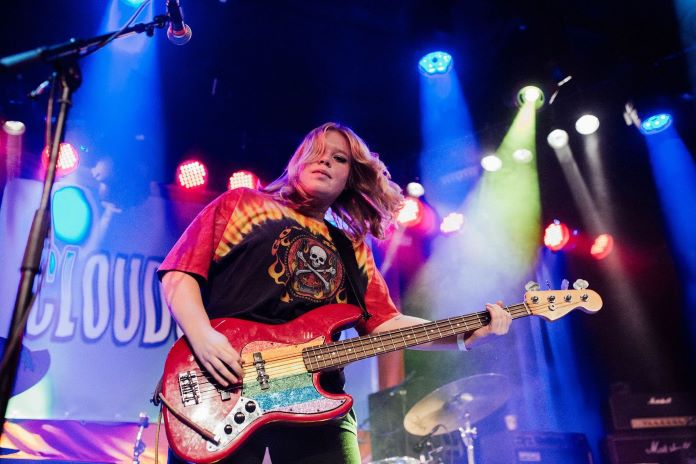 Fortunately, both venues are literally a stones throw away from each other so Under the Radar gets to witness half a set apiece, which is just as well because the first half of Berlin-based Gibb’s set is a delicious smorgasbord of new material, traditional covers (“The Bonnie Banks Of Loch Lomond”) and Hidden Cameras classics (“Awoo”). While Cloudsurfers explosive finale is arguably the most exciting fifteen minutes of music we witness all weekend. Hailing from Nijmegen in The Netherlands, Cloudsurfers also boast two drummers among their armoury, and sound like Mudhoney having a band jam with Black Country, New Road. Playing a set of entirely new songs – nothing was aired off 2021’s debut Don’t Know What Hit Me (which everyone should still check out) – they were nothing short of a revelation in the jam packed Musikens Hus.

Local duo Pink Milk have been around for the best part of a decade, and their well-honed fusion of dark wave, post punk and noise brings to mind Cold Cave, A Place To Bury Strangers and The Sisters Of Mercy at various times during their forty minutes set. Playing a set largely consisting of material from last year’s excellent Ultraviolet long player, Pink Milk are another Viva Sounds highlight whose music deserves to be heard in new territories far and wide. 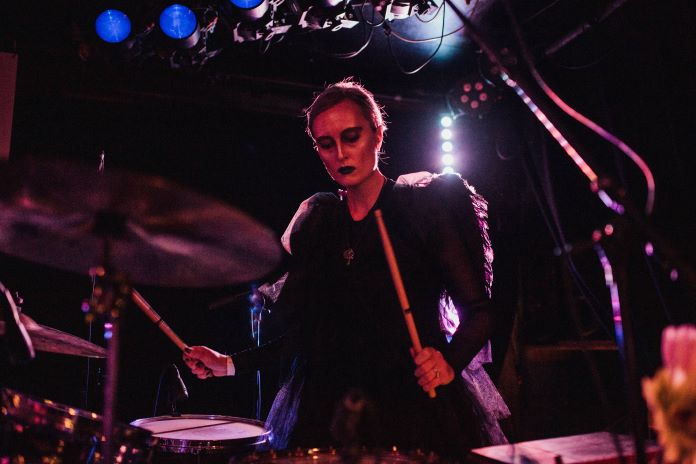 Over in Hängmattan, which is essentially the basement bar and stage of Musikens Hus, both Boy With Apple and 7ebra showcase different sides of Sweden’s love of classic indiepop. While the latter mix the winsome folk of First Aid Kit with second album Amber Arcades. Which should make their forthcoming album on Stockholm independent label PNKSLM an enticing proposition. Boy With Apple on the other hand take elements of classic Britpop (Saint Etienne, New Order, Dubstar) with added notes from the Sarah Records scrapbook (The Field Mice) to create a luscious, textured sound that is perfect for such a setting. 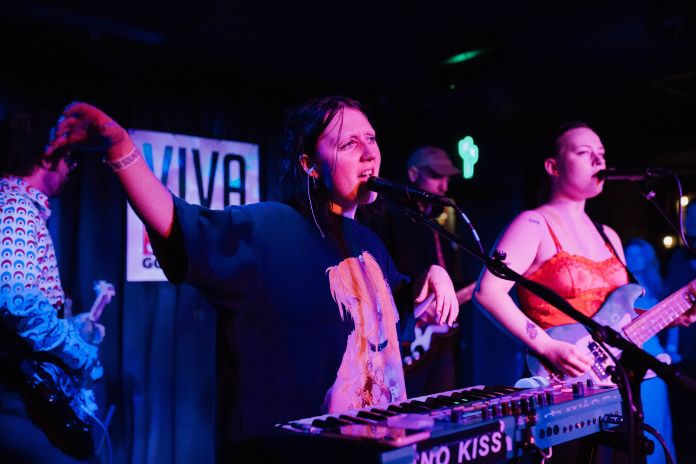 Meanwhile, Saturday afternoon takes us back to Skivhhandel and two excellent but sonically diverse matinee performances from Welsh artist Ailsa Tully and L Twills respectively. Both playing their second shows of the weekend, Tully’s experimental, indiepop tinged folk is a joy to behold. Backed by musicians that includes Adwaith drummer Heledd Owen, their knack of fusing introspective and often personal lyrics with deftly executed melodies draw comparisons with Amelia Fletcher’s Heavenly and classic Beach Boys respectively. A point which is adequately made by their poignant cover of the latter’s “Sunshine”. Hamburg based L Twills on the other hand makes minimal techno in the vein of The Knife or Kayla Painter that wouldn’t sound out of place on UK electronic imprint Castles In Space, and in turn makes for one of the most obtusely exciting performances of the weekend. 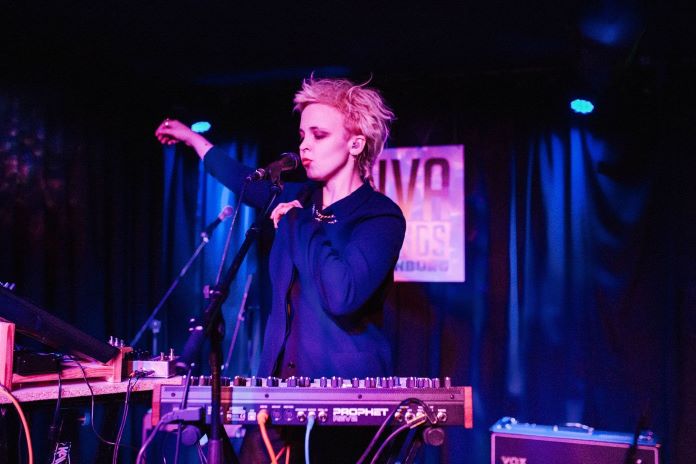 Girl Scout are one of the most talked about bands in Sweden right now, and it takes precisely thirty seconds of their opening song to understand why. The Stockholm based four-piece deliver some killer tunes in their short but sweet set, particularly “Do You Remember Sally Moore?” which is already one of 2022’s finest debut singles. Comparisons to Alvvays and Belly aren’t wide of the mark, and with the promise of more to come in the new year 2023 promises to be an exciting twelve months for this quartet. 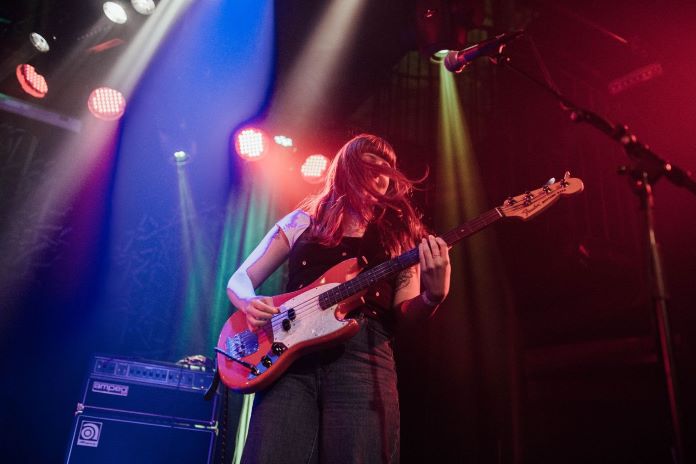 Essex five-piece Bad Nerves almost didn’t make it to Viva Sounds at all thanks to the red tape imposed by Brexit upon arrival at Gothenburg airport, but when they did show up it’s probably fair to say the quintet more than made up for it. Musically taking inspiration from bands like The Ramones and The Strokes but sounding like early nineties new wave of new wave outfit These Animal Men (which definitely isn’t a bad thing), Bad Nerves hold the Musikens Hus audience in the palms of their hands for forty minutes including two unrehearsed encores. It’s nothing new or original but its also not to be missed, particularly in the flesh in an intimate setting such as this. 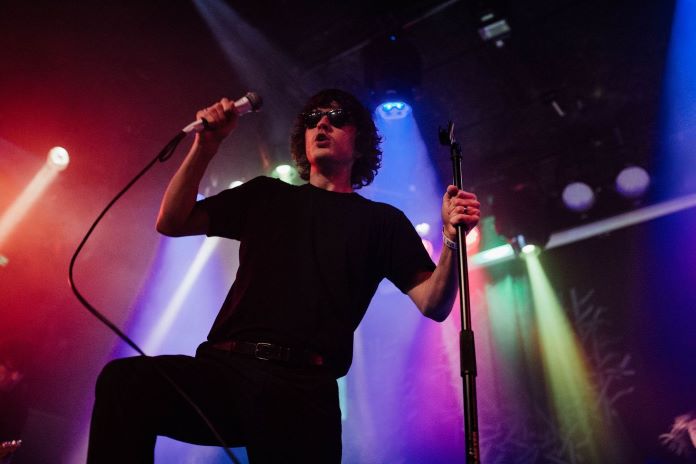 It’s left to Gothenburg post punks Makthaverskan to bring this year’s Viva Sounds to a close. Taking their cue from iconic post punk outfits Siouxsie & The Banshees and The Chameleons which elements of dreampop thrown in, their status as figureheads of the Gothenburg scene is safe and sound by the time their set draws to a close. Active since 2009, the five-piece have a sound and formidable presence in singer Maja Milner that is crying out for bigger stages in other parts of the world.

As Under the Radar heads off into the night just hours before setting off back to the UK, we’re safe in the knowledge that the European music scene is as vibrant as ever, with Viva Sounds being pivotal players when it comes to discovering new and emerging talent. 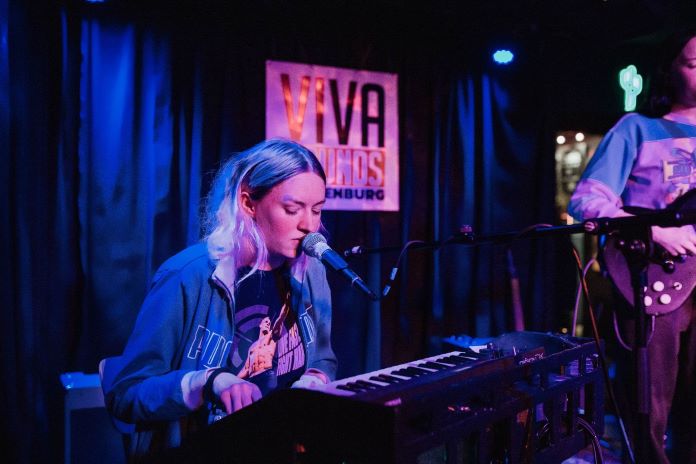