TVAM’s debut Psychic Data and this year’s triumphant follow-up High Art Lite delivered a psychedelic space rock soundtrack that painted pictures of a world where everyone’s drinking pina coladas and driving 80s sports cars around Blade Runner beach resorts. Not one where we’re all worried about the cost of our heating bills.

But could Joe Oxley, the man behind the moniker, bring his studio creations to life on the road? The simple answer is yes, but it’s a yes and so much more. 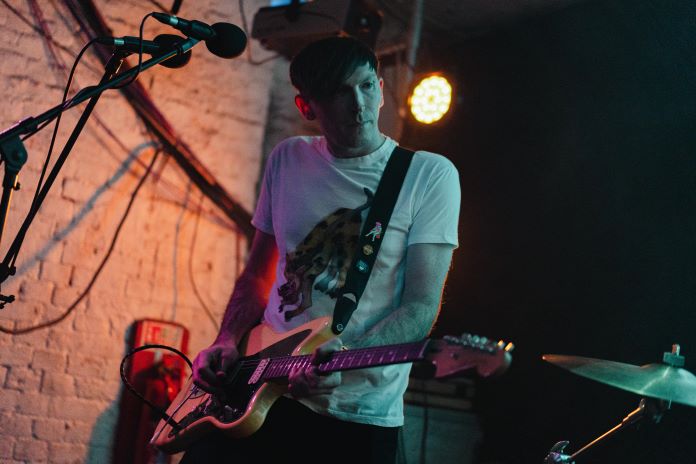 From the explosive guitar riff of set opener “Future Flesh”, Oxley unleashes a relentless blast of robotic shoegaze that continues with the pounding thud of “Every Day In Every Way”.

The addition of live drums and synths puts a human heart into the mechanical chest of TVAM, boosting the driving groove that pushes on through the giddy headrush of “Piz Buin”, “Host” and “Semantics”. 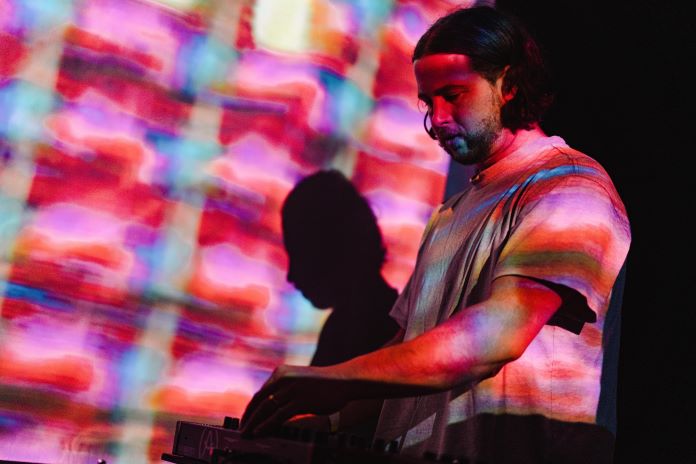 Retired is the old family television set that used to accompany Oxley on stage to deliver his distinctive visual identity. Now his lyrics are emblazoned in bold capitals across a hypnotic kaleidoscope of found footage, projected onto the wall behind him like an Orwellian manifesto. It’s a spectacle that brings a sense of happening to the Green Door Store’s cobbled floor located under the arches of Brighton’s busy train station.

It wouldn’t be a surprise if the rails rattle to the throbbing monster rock of “Narcissus” which sounds like a mix of Add N To (X) and My Bloody Valentine, before the sledgehammer riff of “Double Lucifer” reminds us of the dizzy heights of Primal Scream’s XTRMNTR. 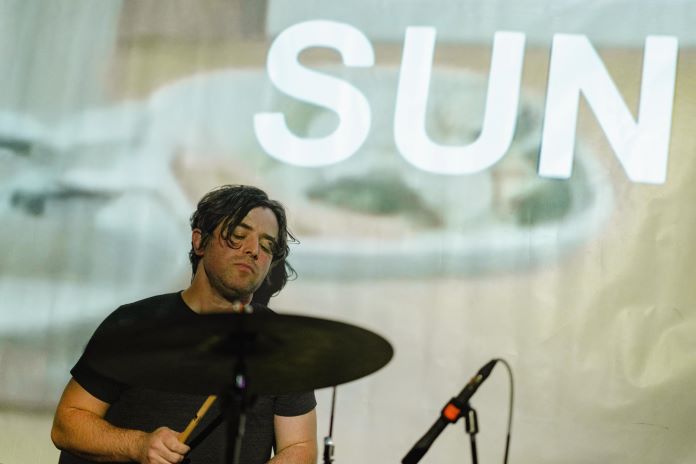 After the closing sci-fi psych of “Total Immersion” slows to a halt, we’re left blinking into the harsh light of reality and heating bills once more. But for a precious hour TVAM gave us futuristic escapism at a time when it felt so badly needed