Thousand Yard Stare release a new single today (Friday 23rd September). Entitled “Esprit Du Corps”, the single is the fourth and final release in the band’s Singles Series following on from “Measures” in March, “Adverse Cambers” in May, and “Isadora” in July. “Esprit De Corps” is also featured on their forthcoming fourth album Earthanasia which comes out on 14th October and is released via the band’s own Stifled Aardvark label. 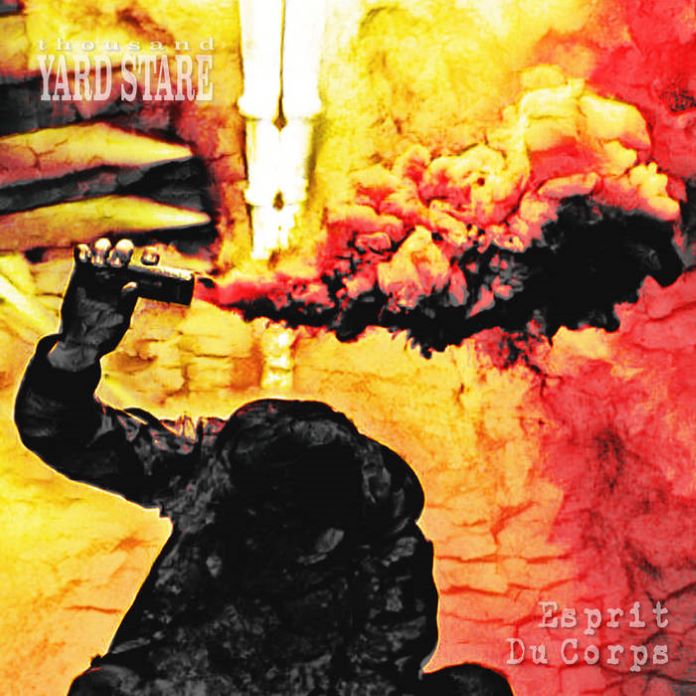 Recorded at Raffer Studios in Kent where the band also recorded their previous long player, The Panglossian Momentum, “Esprit Du Corps” is – as the title suggests – a simmering tale of comraderie in cause and communal spirit set to a dusk-laden and hypnotic riff and rolling rhythm, giving way to a sanguine chorus of positivity. Lead singer Stephen Barnes says of the track, “Esprit De Corps reflects the fractured niches in society, but from a more positive viewpoint.. those precious moments when you find commonality in feeling with others. The title was inspired bysome graffiti I has seen when in Marseille, a slight subversion from the phrase ‘Esprit DeCorps’ (meaning a pride in mutual loyalty) stuck with me, and felt fitting with the theme of the song. As a band, we feel this might be the best thing we have ever done”.

The video for the single was created by Darren Stokes at S8Creative.

“Esprit Du Corps” is available across all streaming services and also via Bandcamp as a 3 track single featuring a demo of the title track and a new exclusive song, “A Candle’s Dream”, as download and limited CD.

The band will return to the stage in the autumn. Tickets available HERE.