Poland “under the guise” of a Russian special operation may seize its “historical possessions” in Ukraine, warned the head of the SVR Sergey Naryshkin. According to him, the first stage of this collection of lands will be the entry of Polish troops into the territory of Western Ukraine. Oleg Nemensky, a research fellow at the Russian Institute for Strategic Studies, discusses the reality of such a scenario. 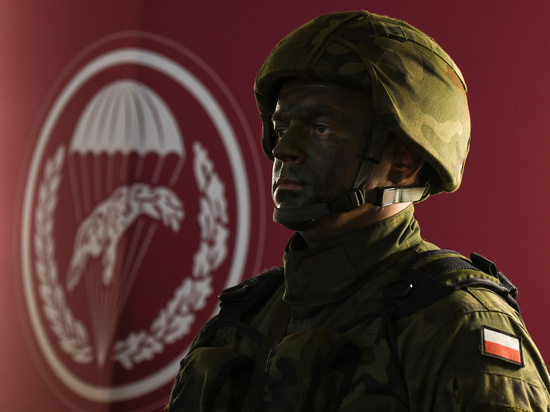 – I believe that plans are really being discussed today to form a peacekeeping mission with the participation of “willing states” and without a NATO mandate. The introduction of such forces is a very real scenario.

Neither the US nor NATO as an organization wants to participate in such an operation. But forming a coalition of individual NATO member countries is a perfectly acceptable option. Poland will be the leader of such a coalition.

However, I think that such a peacekeeping operation can begin only if Russian troops actively move to the west, they cross to the right bank of the Dnieper and there is a real prospect of the Russian army taking control of the entire territory of Ukraine . Such a mission, if it takes place, will be formalized through an official invitation by Kyiv to peacekeeping forces.

In addition, the goal of such an operation would not be to annex the regions of Western Ukraine to Poland, but only to take them under its control. In the future, it is possible that in connection with the collapse of the Ukrainian state, a “Little Ukraine” may be formed in these territories, which will depend on Poland and be perceived by Warsaw as the territory of its dominance. But I do not think that Poland will annex these territories.

– That's a big question. It is not yet possible to put together such a coalition. They are trying to include Romania in it, which by all means refuses to participate in such an operation. Against the backdrop of problems with Transnistria, it is hardly advisable for Romania to send its troops to the territory of Ukraine. So far, this coalition is not taking shape, but I think the US will “push” it.

– I don't think they will risk trying to get UN approval. Moreover, Russia will veto such a decision. Such “coalitions of like-minded people” have been organized by the West more than once without any UN approval.

– Undoubtedly. Moscow has already made it clear that it will treat these armed forces as harshly as possible. But their task will not be to clash with Russian troops, but to block Russia's attempts to bring its forces into the territory of Western Ukraine.

– I don't think there will be resistance. The question of restitution can arise only in the event of the accession of Western Ukraine to Poland. But for now, this is not an issue. The issue of restitution will undoubtedly loom before Ukraine if full integration with the EU is offered to it. But this is a rather dubious prospect.