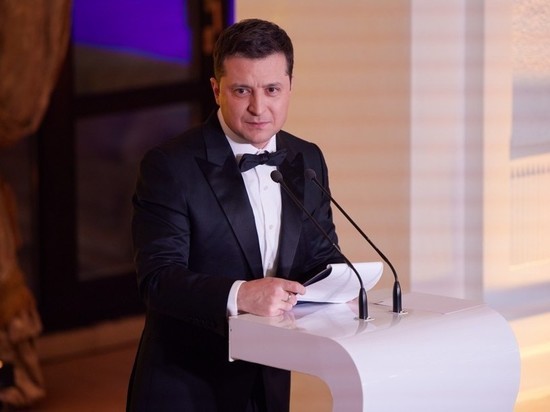 The end of the war in Donbass is the main goal of Ukrainian President Volodymyr Zelenskyy. He announced this in his New Year's greetings. According to the Ukrainian leader, this year will help to move forward on this issue.

At the same time, the head of state proposed his own way to get rid of the demarcation line in Donbass. We must stop thinking about her. According to Zelensky, the border will disappear on the map when it disappears in the minds of Ukrainian citizens.

The Ukrainian leader recalled that the army reliably protects the country and therefore there is no need to fear the invasion of an external aggressor.

Recall , the military operation in Donbass was launched by the Ukrainian authorities in 2014. In this way they tried to “crush” the self-proclaimed DPR and LPR. Donetsk and Luhansk declared independence after a coup in February 2014. According to the UN, about 13 thousand people have already become victims of the conflict in eastern Ukraine.