The Killers have announced a new album, Pressure Machine, as well as an extensive 2022 North American tour. No new music from the album has been shared yet, but the band has put out a trailer for it featuring The Killers in a small town, with voices of its residences overlaid. Pressure Machine is due out August 13 via Island. Check out the trailer below, followed by the tour dates and the album’s cover art (no tracklist has been shared yet).

Pressure Machine is due out almost exactly a year after The Killers’ last album, Imploding the Mirage (which came out August 21, 2020). The COVID-19 pandemic meant that the band couldn’t tour that album or do much promotions for it, which allowed them to return to the studio sooner than expected. “Everything came to this grinding halt,” says frontman Brandon Flowers in a press release. “And it was the first time in a long time for me that I was faced with silence. And out of that silence this record began to bloom, full of songs that would have otherwise been too quiet and drowned out by the noise of typical Killers records.”

The album is inspired by Nephi, Utah, a small community with no traffic lights where Flowers partially grew up, living there from ages 10-16.

Flowers adds: “I discovered this grief that I hadn’t dealt with, many memories of my time in Nephi are tender. But the ones tied to fear or great sadness were emotionally charged. I’ve got more understanding now than when we started the band, and hopefully I was able to do justice to these stories and these lives in this little town that I grew up in.”

A press release describes the themes of the album in more detail: “Through its characters and also its title, the album squares up to the unbending pressure of the American dream compounded by religious disenchantment. A born optimist, moments of beauty inevitably shine out of the grief of Flowers’s songs: the healing arrival of summer, the first crop of hay, sweeter skies. Pressure Machine’s stories detail the real life personal battles, overwhelming regrets, local tragedies, and the opioid epidemic that hit Flowers’ hometown, as well as every hometown in America. Flowers sings about the choices people make, for better and for worse, and the consequences of those choices; the ones who were left behind, and the ones that can’t be forgotten.”

As with Imploding the Mirage, Shawn Everett and Jonathan Rado of Foxygen co-produced the album.

Wes Johnson photographed the album’s cover art on the highway just outside Nephi and it’s of a display set up by a local Baptist church. The album’s packaging includes other photos of Nephi by Johnson, shot in early 2021. 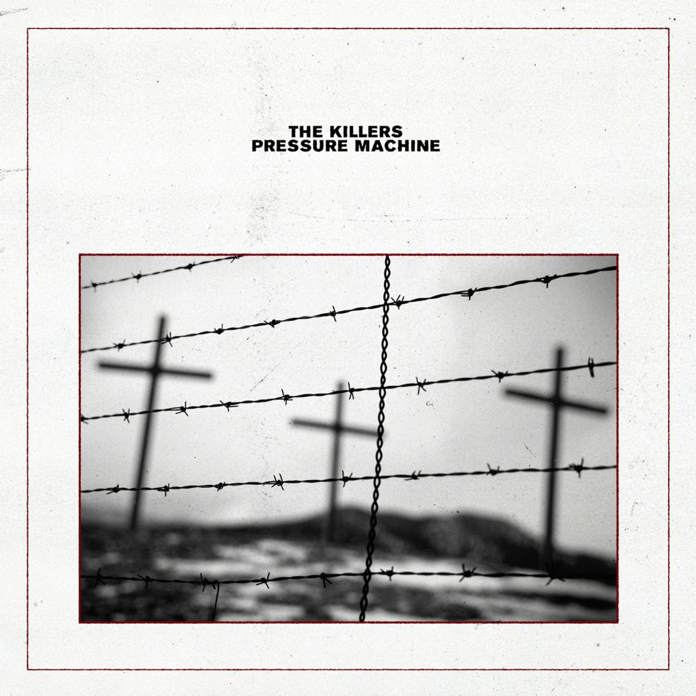