Vladimir Putin and Chinese leader Xi Jinping are close to concluding a deal on the construction of a new pipeline, which will dramatically increase Russian gas exports to China, writes Daily Express. According to the British newspaper, the Russian president “outplayed” Europe in this way: annual deliveries via the new Asian route in the volume of 50 billion cubic meters will be comparable to the volumes of fuel that are planned to be sent to the Old World via the Nord Stream-2 gas pipeline. In reality, European countries do not lose anything. 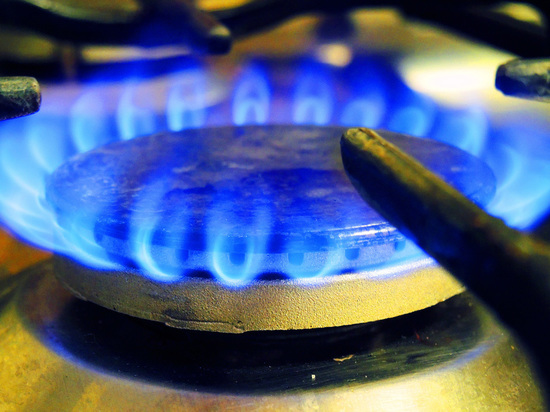 According to the Daily Express columnist Anthony Ashkenazy, “the agreement will double exports to China, gas will go through the new major gas pipeline“ Power of Siberia-2 ”. And this is happening at a time when Europe is facing a severe energy crisis and prices are rising to record highs. It is expected that the project, jointly promoted by Gazprom and China National Petroleum, will be launched in 2030.

According to the author of the article in the British edition, the new route is of strategic importance for Russia: it will provide more options who will receive gas and at what price. Now, according to the publication, the Nord Stream 2 gas pipeline, already built to Europe bypassing Ukraine, is at the stage of protracted certification.

“The point is,” explains Igor Yushkov, an expert at the Financial University under the Government of the Russian Federation, “that there is no commercial contract for the new gas pipeline yet. Yes, negotiations are underway, there are certain advances, the technical side of the issue is being worked out, but there is no talk of starting construction. Exactly the same situation was with Power of Siberia:

first, in May 2014, the parties entered into a commercial contract for the supply of gas, and only in December 2019, blue fuel moved through this pipe to China. By the time Power of Siberia-2 goes into operation, Europe will surely overcome the energy crisis and forget about it. Not every year a similar problem arises there. And it is wrong to say that Russia is deliberately redirecting the bulk of its gas to Asia due to deteriorating relations with the West. ”

The Power of Siberia-2 project was conceived a long time ago and was originally called Altai. With its help, it will be necessary to solve the strategic task of delivering gas from Western Siberia to China through Mongolia. The main gas pipeline will stretch for about 6,700 kilometers, of which 2,700 will pass through the territory of Russia. In our country, Yushkov says, gas production is going further and further north, on the Yamal Peninsula, the large Bovanenkovskoye and Kruzenshternskoye fields are being developed. By the way, it is easier and faster to deliver gas from here to Europe than through Ukraine, since the route is almost 2 thousand kilometers shorter. This resource base can provide a lot of gas, it would be good to monetize it as much as possible. But with no more sales to Europe, the huge, growing Chinese market will help out.

“Both routes (to the west and southeast) complement each other,” says Yushkov. – And this is not a blow to Europe, but rather a natural response to the actions of the Europeans, which are aimed at energy transition and the gradual abandonment of fossil fuels. If they do not buy Western Siberian gas, it will be possible to “attach” it to China. The planned 50 billion cubic meters is a significant increase to the current volumes of Russian exports to the far abroad, which in 2021 amounted to 184 billion cubic meters. ”

Meanwhile, gas prices in Europe after a record jump to almost $ 2,200 per thousand cubic meters (December 21) correctional decline continues. However, on November 4, after falling below $ 800 the day before, the price of futures exceeded at some point $ 1100, according to data from the London ICE exchange.

The situation on the European gas market remains difficult: the filling of gas storage facilities is at a minimum of ten years level, winter dictates its own harsh rules, and no one can say whether there will be enough gas for consumers.