“A powerful gust of wind flew in”

In Belarus, at the training ground near Grodno, where joint Russian-Belarusian exercises were held, two Russian paratroopers were killed. While landing near the ground, a powerful gust of wind suddenly swooped down. There was a convergence of paratroopers, as a result of which the domes of both went out. The Ministry of Defense of the Russian Federation reported that the contract servicemen were instructors and had a high qualification of parachute training.

About whether the servicemen had a chance to escape, we talked with a legendary man, a retired Guards Colonel, Deputy Chairman of the Interregional “Union of Russian Paratroopers” Anatoly Buy. 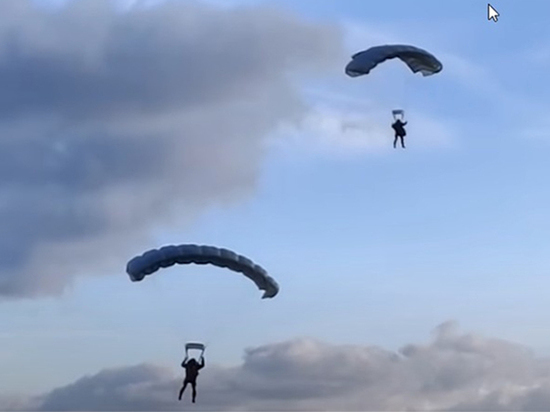 One of the servicemen reportedly tried to open his reserve parachute to stop both of them from falling uncontrollably. But the reserve parachute did not work, the height was already insufficient. There was a hard landing.

– In our Soviet era, during a planned landing from An-2, from low altitudes, from 150 meters, we left reserve parachutes on the ground as useless. At the minimum altitude – 100-120 meters, there was a big question – will the big parachute open or not.

– Here it cannot be said that some control services at the start, before loading the landing party into the plane, profiled something, failed to work. Here it is simple – a case, a powerful gust of wind flew in, a disaster happened. This can be compared to the fact that any of us can walk down the street and a brick will fall on his head.

I remember in Mongolia in February or March 1979 there were joint exercises, landing. Heavy combat vehicles were also dropped from planes. Such a strong gust of wind flew in that the cars were smashed, steel, armor – to smithereens. Everything was smashed, the towers flew off there. People were dragged along the ground with terrible force. We intercepted them as best we could, rescued them. In the air, how could this have been predicted? The planes entered the course, who knows what is there near the ground, it was already impossible to cancel anything. We pressed the button and flew.

At that time, the so-called foam skis and other shock absorbers were screwed under the bottoms of combat vehicles. On contact with the ground, they had to unfasten. But the gust of wind was such that this did not happen, they were immediately dragged along, like people too. There were victims there too.

– Differently. Therefore, we do not allow our fighters to show off when one of them is trying to stay on their feet when landing with serial parachutes. I don't take into account the sporty one. This is a straight road to a turning point. As soon as you touch the ground, you must immediately do a somersault, close your head, roll. And that's all.

– There could be different options. You can fantasize endlessly. Before the landing, everyone is examined by the paratrooper controllers – “pedagogues”, they cut off all the hanging ropes. Athletes, when separating from the aircraft, plan, scatter their arms and legs. With us this is impossible, you can hook some part and that's all – you will whistle to the very ground.

– Yes, of course, the slings, the straps pulled – and went to the side. During landing, you need to actively rotate your head 360 degrees. And keep as far as possible from each other. But there could be such a flurry of wind that it is no longer necessary to talk about it.

– It's not about the technique, nor about their preparation. Fatal case. I remember the master of sports who had about 1000 jumps on his account. Something happened to him with a parachute. He opened the reserve parachute, but it went off just before the ground. The man crashed. So much for the experience. Thank God, he survived, walked on crutches, then moved in a wheelchair.

– This is a logical question, but it could only arise from a layman. If you pause, then the group of paratroopers will be scattered over a large area, then it will be difficult for them to get together to complete the task. And imagine that the landing takes place at night, several thousand fighters are involved in the operation … In fact, when the command “get ready” sounds, the paratroopers line up tightly, tightly, one after the other, hugging each other as much as possible. And then – running, running, running to the exit, without any pauses, in order to land as compactly as possible.

– In our time, the death of a parachutist was an emergency, the resonance was throughout the country.