According to the expert, the ex-president of the USSR is unlikely to suffer from accusations in the events of 1991

A group of relatives of four people who died during the events in Vilnius in early 1991 filed a lawsuit against Mikhail Gorbachev, who at that time held the post of head of state. It is symbolic that the application was submitted to the court on January 13, the 31st anniversary of the tragedy. The lawsuit is civil, and therefore there is no question of criminal prosecution. Nevertheless, the situation itself is not commonplace, and the experts and I looked into the prospects of the ex-president of the USSR, the plaintiffs and Lithuanian lawyers. 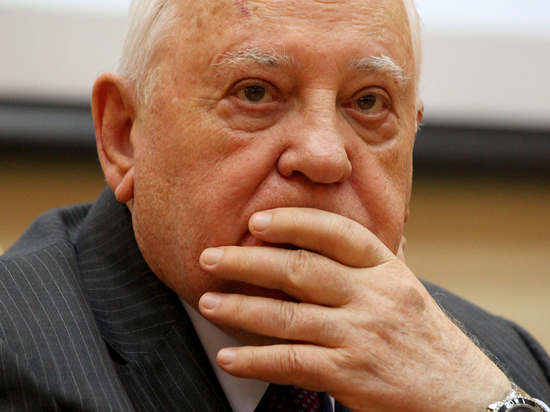 The story, which has now suddenly received a loud continuation, began at the decline of the Soviet Union. Centrifugal tendencies against the background of the so-called “perestroika” were growing, and after the onset of 1991, they reached Lithuania in the form of unauthorized protest actions. In order to stop and suppress them in the future, Moscow decided to send troops to the Baltic capital. On the night of January 13, a column of Soviet armored vehicles headed for the center of Vilnius: more than six hundred people were injured in clashes, fourteen were killed.

In the 1990s, after gaining independence, Lithuania repeatedly made claims against Russia as the legal successor of the USSR regarding the Vilnius tragedy. Several lawsuits did not lead to the result desired by the Lithuanian side – it is still unclear whether the arrived fighters fired to kill, or, as many say, there was a provocation from within. Nevertheless, there were some results: in March 2019, the Vilnius District Court convicted 67 Russian citizens in the case of the events of the 91st, of which most received prison sentences in absentia, but only two were real, from five to ten years.

“The criminal process is ending, in which some of the organizers and perpetrators of the murders are convicted, this is very important,” said Robertas Povilaitis, one of the organizers of the new lawsuit, whose son Algimantas died on January 13. “But there will be no justice without assessing the responsibility of top-level leaders.” complete”.

According to the local press, the Lithuanian authorities have already asked Russia for the possibility of interrogating Gorbachev as part of the lawsuit, but Moscow has refused. However, even regardless of this, the ex-president of the USSR does not face serious punishment. First of all, because the filed lawsuit is civil.

“This is quite understandable: the families of the victims want to receive at least some material compensation, it’s too early to talk about the amounts, but we can talk about hundreds of thousands of euros,” said Nikolai TOPORNIN, Associate Professor of the Department of European Law at MGIMO, in a conversation with MK. in this case is not implied, the Lithuanian justice has repeatedly considered the circumstances of those events, perhaps even the statute of limitations under the Criminal Code has expired. the fire of people, no, one of them must have already died, but Gorbachev was alive and at that time held the post of head of state. “

At the same time, the expert believes, the chances of obliging compensation is negligible. “Politicians in such cases do not have personal responsibility for the death of an individual,” recalls Topornin. “As far as is known, he personally did not give orders to shoot someone, there is no direct guilt in this case. regional leaders, both military and civilian. Claims and lawsuits should be brought against them.”

As our interlocutor emphasized, the very fact of filing a lawsuit and the further process, most likely, pursue PR goals. Even if (and most likely) it is not possible to achieve penalties from Gorbachev, the lawyers involved in this process will secure public attention and, possibly, a further career.