“What took you so long?” shouts a voice from the crowd. It’s been 18 years since The Delgados were last together on stage, and the full beam smiles they respond with suggest this is a moment even they thought might not come.

Time has been kind to the band members who don’t appear to have aged significantly in the intervening years. With no disrespect intended, it is the audience who seem to have taken the greater hit from Old Father Time. But while the front row might look more like the queue for a real ale festival, there’s no doubting their dedication. One person has driven more than two hours from Suffolk, before they’re swiftly trumped by another who has flown from Israel especially for this first show in nearly two decades. Such is the heightened sense of anticipation in the room, there are probably people here who have travelled even further. 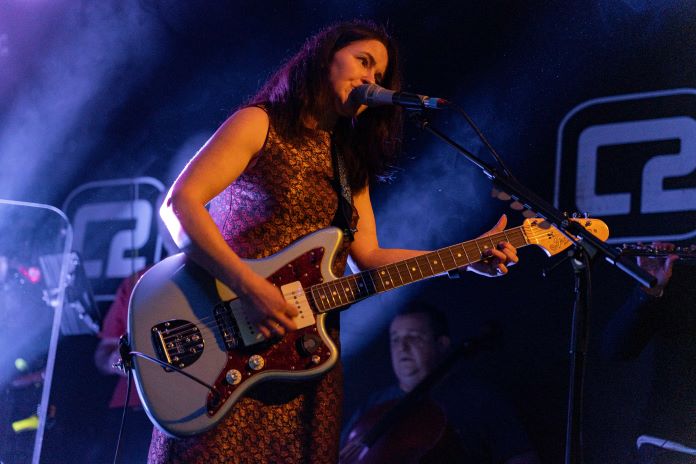 It isn’t until the opening flute motif that introduces “Everything Goes Around The Water” that the realization kicks in that we’ve really got them back.

And this is not a half-hearted return. There are keys, strings and the aforementioned flute to augment guitarist/vocalists Alun Woodward and Emma Pollock, bassist Stewart Henderson and drummer Paul Savage.

“Accused of Stealing”, “The Arcane Model” and “The Actress” follow, each bringing a warming glow to a bitterly cold evening on England’s south coast. But it is during the swooning “Aye Today” when it firmly feels safe to declare this a triumphant return. 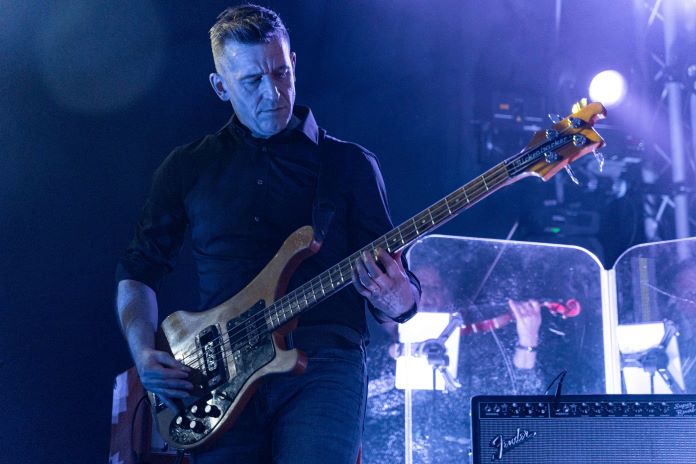 Even after hours of studious rehearsal, there are still some slightly rusty moments. Woodward has to restart “Child Killers” after mixing up his chords. “The Light Before We Land” is also given a false start, but that’s no bad thing when we’re treated to the song’s dreamy strings and crashing drums for a second time in the space of a minute, after fearing we’d never get to hear them live again.

Pollock also pauses in another moment between songs, reminding herself of what fingers to put where and when before confirming “It’s okay”, and we’re off again.

It’s more than okay though. It’s a moment that brings everyone in the room together, collectively rooting for those on stage and she looks particularly moved after the fragile beauty of “Make Your Move”. 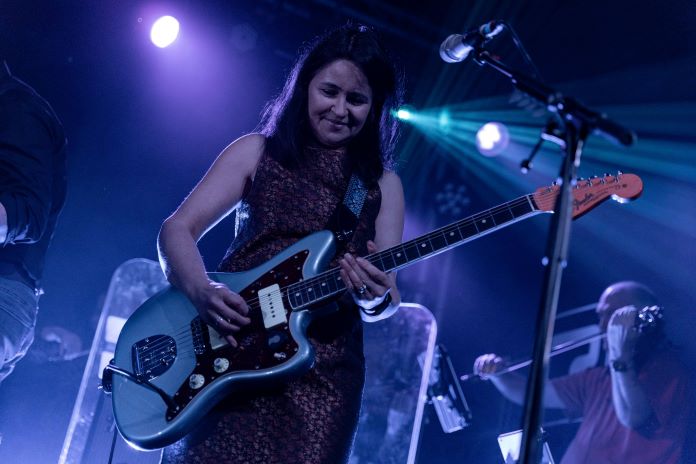 In a set that spans their five studio albums, there are expected returns for songs that probably introduced many here tonight to the band all those years ago. Each one offers a nod to the varied palette, from the giddy pop rush of “Under Canvas Under Wrap” to the brooding “Pull The Wires From The Wall” and the shimmering grace of “American Trilogy”.

The gems keep coming before “Thirteen Gliding Principles” brings a glorious end to their main set. The band look almost overwhelmed as they vacate the stage, but they’ve taken so long to get back on it that they were never going to leave for long.

Sure enough the four members are barely gone a minute before they return. They kick off the encore with joyful debut single “Monica Webster” before the accompanying musicians, including some who appeared on many of the band’s original recordings, return for the aptly titled “Coming In From The Cold” and “No Danger”. It’s been a special evening for all involved, both on and off stage. 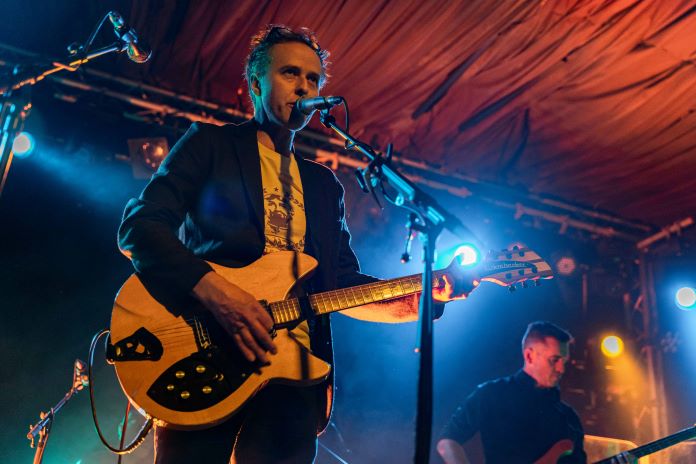 The heartfelt cheers from those before them, along with their own smiles and humble words of thanks suggest this has all been worth the wait for The Delgados themselves.

Fingers crossed this return is not simply an epilogue to their story, but the start of an exciting new chapter with the promise of more to come. We’re all here for it. The truth is, we never left. 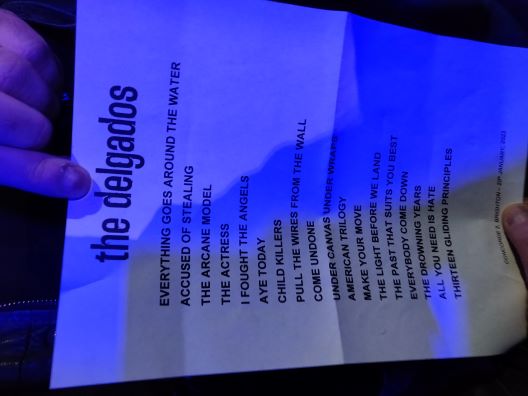