Toronto based five-piece Tallies release a new version of their recent single “Special” today (Thursday 20th October), featuring Michael Peter Olsen on cello. Originally featured on the band’s critically acclaimed second album Patina which was produced by Holy Fuck’s Graham Walsh alongside Tallies guitarist Dylan Frankland. Patina represents a true labor of love; one that was delayed due to the pandemic but ultimately marks a truly rewarding collection for the band. Upon sharing the music with labels, it pricked the ears of Cocteau Twins’ Simon Raymonde – a hero of the band – who signed Tallies to his Bella Union label, providing “a light at the end of a dark tunnel” according to singer Sarah Cogan.

Tallies have also announced more dates for their UK and European tour including a stop at Rolling Stone Beach with Black Country New Road, Ride and Teenage Fanclub and an Under the Radar endorsed show at Nottingham’s Rough Trade which also features hotly tipped local acts Sobscene and Bored Marsh (Tickets available HERE) 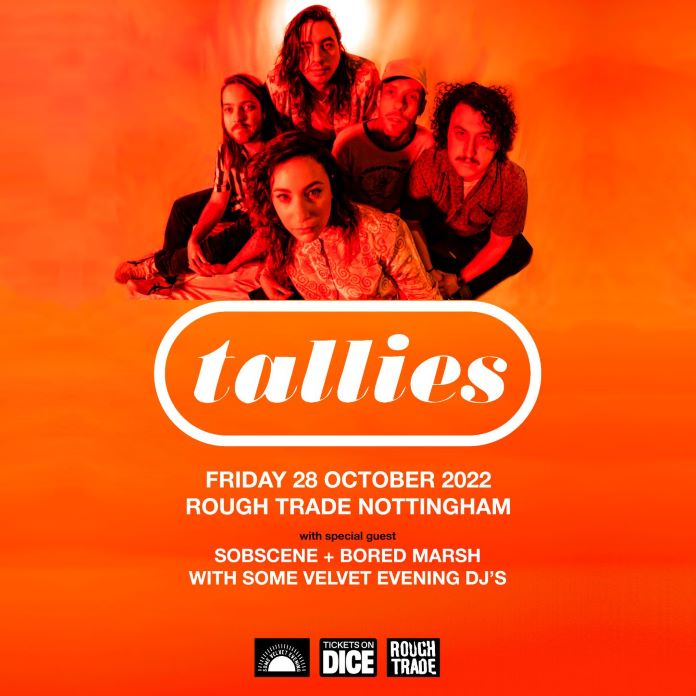 Those tour dates in full are as follows:-

The album Patina is out now.

Check out our INTERVIEW with Tallies from earlier this year.