Suede and Manic Street Preachers, two iconic British bands who came to prominence in the 1990s, have announced a joint North American co-headlining tour. Over the decades neither band has toured America all that regularly. The tour happens this November and the bands will switch off which one closes the show. Tickets go on sale this Friday, at 10 a.m. local time. Check out all the dates below.

Suede last played America in 2011, when they performed at Coachella. Manic Street Preachers were last here in 2015.

Suede frontman Brett Anderson had this to say in a press release: “I can’t think of a band I’d rather share a stage with than the Manic Street Preachers. They have long been an inspiration to us, and I know there are thousands of Suede fans who feel the same. It’s nearly 30 years since we last played together and I think these shows are going to be something really special.”

Manic Street Preachers collectively add: “We first toured with Suede in 1994 when we played with them all across Europe. Back then, it always felt like both our bands shared a certain kind of kinship, both aesthetically and historically. It still feels that way now, nearly three decades later.

“This joint tour feels like a fantastic opportunity for both our sets of fans to share an amazing live experience. And to do this in the USA and Canada in 2022 makes it even more special as our tours there are so rare these days. We truly can’t wait.”

The Britpop originators and survivors legally have to go by the name The London Suede in America, thanks to an American jazz singer also named Suede. Longtime collaborator Ed Buller, who has produced many of the band’s albums, including their first three, produced Autofiction. The album is the follow-up to 2018’s The Blue Hour.

“Autofiction is our punk record,” Anderson said in a previous press release. “No whistles and bells. Just the five of us in a room with all the glitches and fuck-ups revealed; the band themselves exposed in all their primal mess.”

“Autofiction has a natural freshness, it’s where we want to be,” Anderson added.

“When we were rehearsing and writing this record it was this sheer, physical rush,” said Osman. “That thing where you’re hanging on for dear life.”

“She Still Leads Me On” is about Anderson’s mother and the lyrics to Autofiction as a whole were fueled by Anderson’s two acclaimed autobiographies, 2018’s Coal Black Mornings and 2019’s Afternoons with the Blinds Drawn.

Suede initially broke-up in 2003 following the release of their poorly received fifth album, 2002’s A New Morning. They reformed in 2010 and made a full on comeback in 2013 with the release of Bloodsports, which was their first new album in over a decade and was very well-received by critics. That was followed by 2016’s Night Thoughts and 2018’s The Blue Hour. This makes Autofiction the band’s fourth album since reforming and ninth album overall (not counting 1997’s two-disc B-sides collection Sci-Fi Lullabies).

Read our review of The Blue Hour.

Read our interview with Suede on The Blue Hour.

Read our 2013 interview with Suede’s Brett Anderson on Bloodsports.

In 2019 we reflected on the 25th anniversary of Suede’s second album, Dog Man Star, and you read that retrospective here.

Read our 2021 interview with Manic Street Preachers on The Ultra Vivid Lament here. 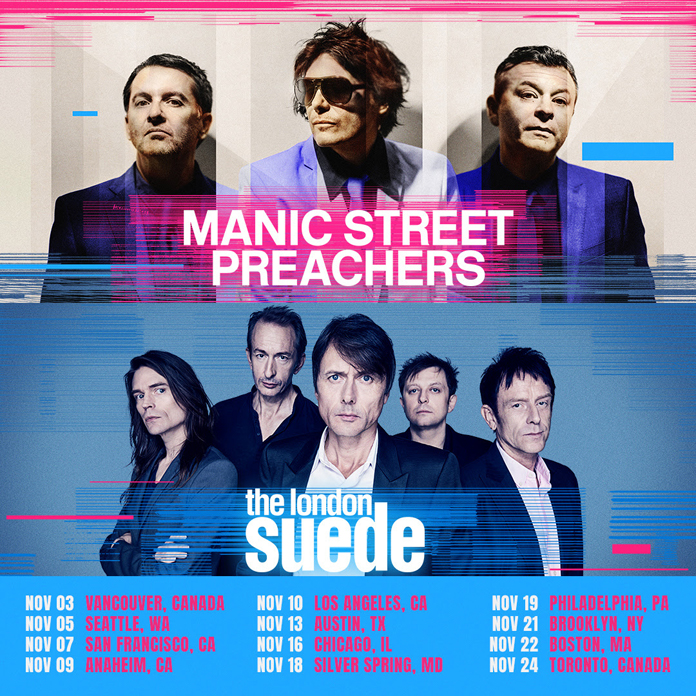