Next month, Lakeshore Records and Netflix will re-release Stranger Things – Vols. 1 & 2 in brand new Anniversary Editions, marking five years since the initial release of Kyle Dixon and Michael Stein’s now-classic soundtrack for the hit streaming series. This will be the first-ever repress in a new variant: each double LP will be pressed on blue glitter “Star Field” vinyl, and include deluxe gatefold packaging, liners, a set of studio cards, and a poster. Both will arrive on July 16.

We’re pumped to debut the first glimpse at these upcoming releases below. You can pre-order Volume 1 at this link, and Volume 2 at this link. (Scroll down to see a close-up of the “Star Field” vinyl.) 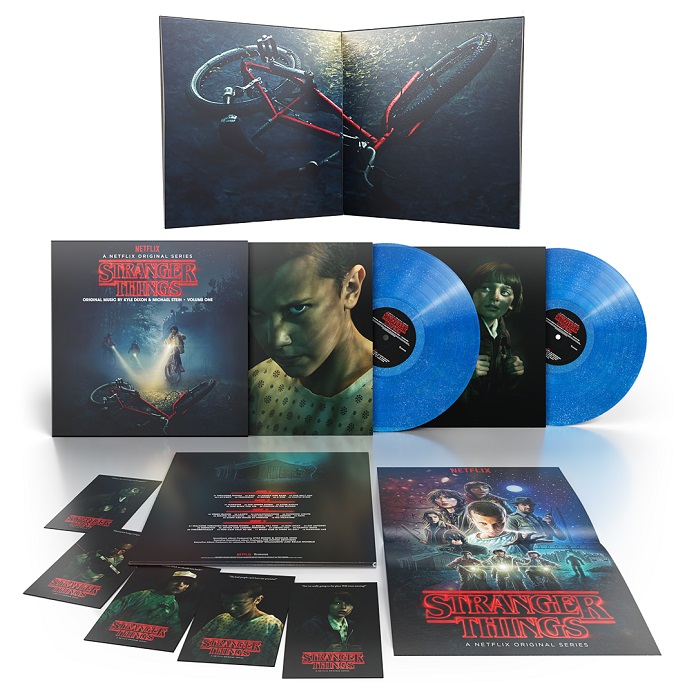 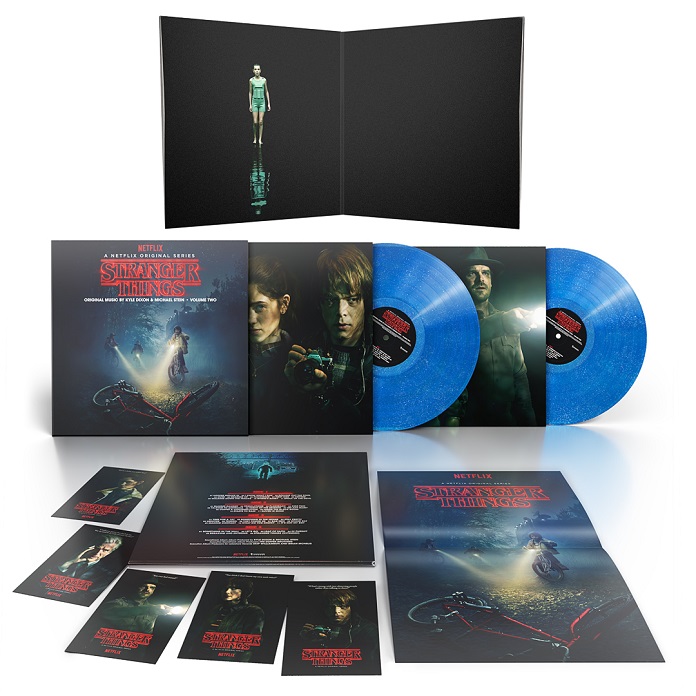 Stranger Things cast member David Harbour recently let it slip on Jimmy Kimmel Live that the series’ highly-anticipated fourth season is on schedule to wrap up shooting this summer. This means we still probably won’t see it for a while, but it’s coming!

To help tide you over, you can listen to Kyle Dixon and Michael Stein’s Stranger Things Vol. 1 score below. The two also release music as members of the Austin, Texas band S U R V I V E—which, if you love the retro synth tones of their Stranger Things work, you’ll totally dig. You can also read our interview with the duo about their score for the miniseries Butterfly. 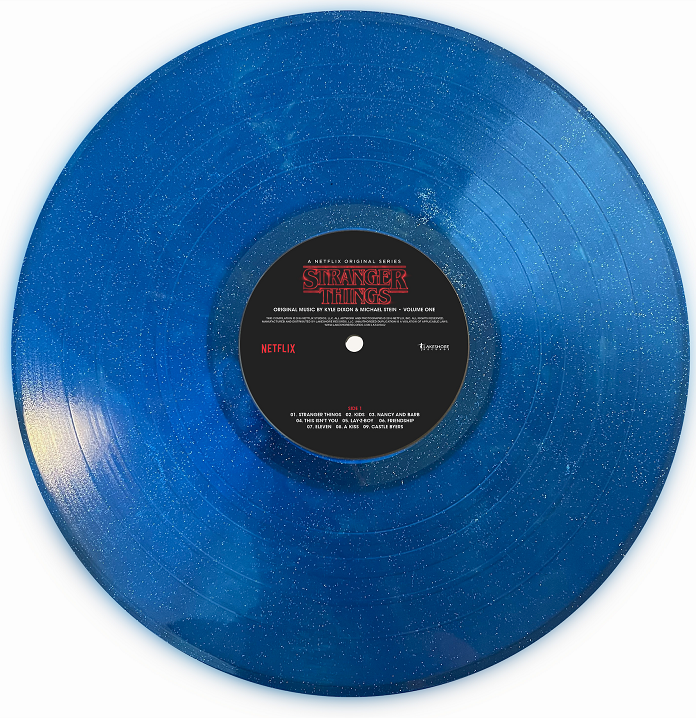