Eleven years is a long time in festival years. I last visited the boutique (as small festivals were known then) festival Standon Calling in 2011 as a full weekend visitor and what a weekend that was, or at least the parts I can recall. Superb acts ranging from a then emerging Baxter Dury to an early revival of Spiritualized crossed many a stage, mixing genres alongside cutting edge DJ party teams Dollop and White Mink. It was a wholly enjoyable and indeed messy affair.

Standon Calling is located in a green and pleasant valley on the southern reaches of the stunning Hertfordshire countryside. It is less than a forty-five minute scoot from Central London; the nearest train stations being Bishop’s Stortford, Ware and Hertford North all placed on busy enough branch lines out of the capital. Easy reach indeed for a north London based tripper like myself, and a punter looking for just the single day experience rather than the full-on weekend camping experience, that this year actually included the Thursday night too, with much sought after vocalist Anne-Marie headlining the opening the shenanigans and highlighting this year’s very relevant focus on none-binary and pan-sexuality. 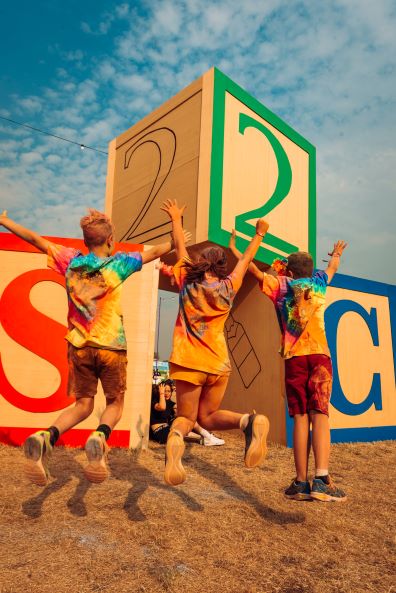 So, ideally placed as a festival to dip in and out of, or visit just for the one day, not just for Londoners but also those living north of the county, and as my trusty companion and I were free of children for most parts of the weekend and for a rare change had a smorgasbord of choice available to us in terms of what day to visit? It was the closing Sunday that came up as our day to visit courtesy of the lure of a pet dog show of all things and in particular for my partner, a closing outro by much touted Self Esteem.

Twenty-two years on from its inception, and back then essentially a heightened garden party hosted by festival founder Alex Trenchard, Standon continues to strive for a uniqueness and independence but judging on the cross-appeal of what is on offer there it is perhaps and event spreading itself too thinly these days. Tip! On one of the hottest days of the year, maybe leave it until gone 3pm before embarking on traipsing around a largely exposed field looking for new music!

Standon’s themed fancy-dress day continues (on The Saturday), this year entitled “who let the toys out?” enhancing the festival’s family-abilty I suppose. That said, from Billy Nomates to Bob Vylan who prematurely collapsed the new Dive Bar Stage and Loyle Carner headlining and bringing out the brilliant Jordan Rakei as his guest, left-of-centre acts do continue to be booked with some aplomb. Perhaps we chose the wrong day, but it does seem that in the name of pursuing a family vibe, just as Latitude and many others have done, the old bonkers Standon, anything goes festival has been sacrificed to some extent.

My companion and I err..now in our advancing years, over and above any musical offering were truly looking forward to a scheduled Crufts-a-like Dog show, the family vibe this year was even extended to include the invitation of ticket-holders four-legged friends. Sadly though, the searing summer heatwave put an end to any such side-show of a pup parade. So back to the music for us then…

It was Bjorn Again and Sigrid that really got the mainstage truly vibing, despite their early appearances in the melting heat. A nice little combination though as the erstwhile Abba tribute combo appeased a full field or parents and kids alike, topped off with the no-nonsense and upbeat approach of the Norwegian popstar, appealing very much to the younger teens. 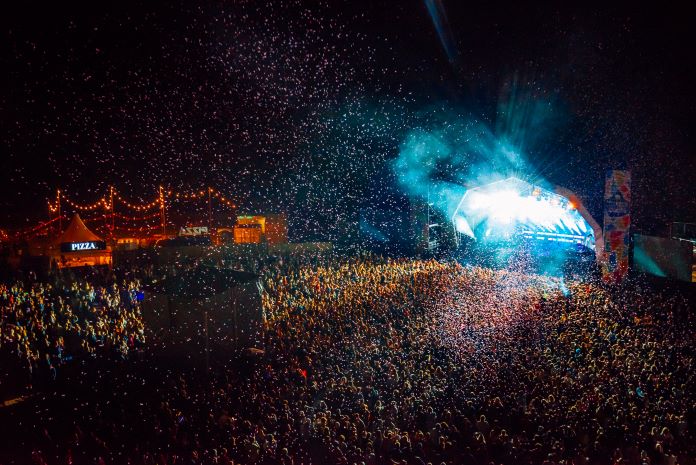 UTR faves, Dry Cleaning were on my tick list, and reminded me not to forget my indie credentials – they played it as cool as they possibly could as they took to the Laundry Meadows stage in the sweltering late afternoon. But finally, even front woman Florence Shaw had to let her indie guard down, breaking from her droley stream of consciousness spoken word delivery and peculiar stare to chat to a youngster at the front with a cuddly hippo perched on a tall stick. Either a very young new fan, or a curious coincidence she pondered before going into album track “Her Hippo” much to the delight of parents and kids alike. But it was Tom Dowse’s hypnotic and mesmerising guitar work, not to mention his alluring and very sweaty stature that kept this show moving in the burning but broad daylight.

Primal Scream, headlining the mainstage with Bobby Gillespie emblazoned in his now ubiquitous and very loud Screamadelica suit. My companion loved the show as soon as the early technical difficulties had been sorted, but for this old hand it was more a pedestrian performance. A mix of all the hits and a salvo of Screamadelica era classics like “Come Together”, “Loaded” and “Moving on Up” couldn’t bring me to the Scream vibe, even with the addition of a clutch of gospel singers. Again, it was down to the guitarist and lynchpin wingman Andrew Innes to carry the set.

It was fast-rising Self Esteem that actually provided the finale we all wanted, a joyously choreographed and cutting-edge pop show made magic of the night over on the Laundry Meadows stage. Self Esteem’s rise and momentum was stalled by the pandemic, it’s a good album but nowhere near as good as the group’s live performance has become. We look forward to what the future brings for this artist. 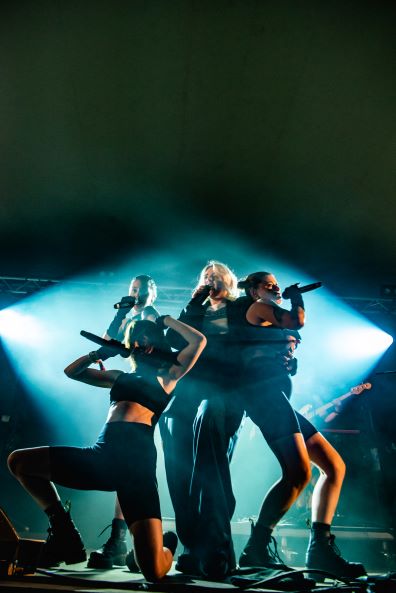 Standon Calling a decade or so ago, led the way in finding or booking just the right kind of emerging artist that was perfectly balanced on the cusp or knife-edge of greatness, thankfully the festival remains more than open minded, but if the festival wants continue as a varied and wide ranging affair as we come out of what has been a very challenging time, it should not rely only on the family punter. It needs to re-discover its roots and master its true independent promise once again. But this doesn’t mean forget the dogs. We love the pooches!