British punk duo Sleaford Mods (Jason Williamson and Andrew Fearn) have announced a new album, UK GRIM, and shared its first single, title track “UK GRIM,” via a music video. They have also announced some U.S. tour dates. UK GRIM is due out March 10 via Rough Trade. Cold War Steve directed the “UK GRIM” video, which saterizies the current state of politics, both in England and the rest of the world. Watch it below, followed by the album’s tracklist and cover art, as well as the tour dates.

UK GRIM is the follow-up to 2021’s Spare Ribs. The duo began working on the album in 2021 during COVID lockdowns. Progress continued at the band’s regular work space (JT Soars) and concluded at Fearn’s home. A press release says “COVID ennui, life online, and experience of how the music industry works all folded into the album” and that “this could still be the angriest Sleaford Mods record yet.”

The album features Dry Cleaning’s Florence Shaw on “Force 10 From Navarone” (which shares its name with a 1978 World War II movie). “She really does remind me of the early stuff that I used to do, just the way she uses one word to convey a whole story,” gushes Williamson about Shaw.

Summing up the album and Sleaford Mods’ approach to art, Fearn says: “If there’s stuff there, we’ll keep going. It’s like what Andy Warhol said—just make it, don’t overthink it. Then you’ll make those connections happen.”

Listen to our interview with Sleaford Mods in a 2021 episode of our podcast. 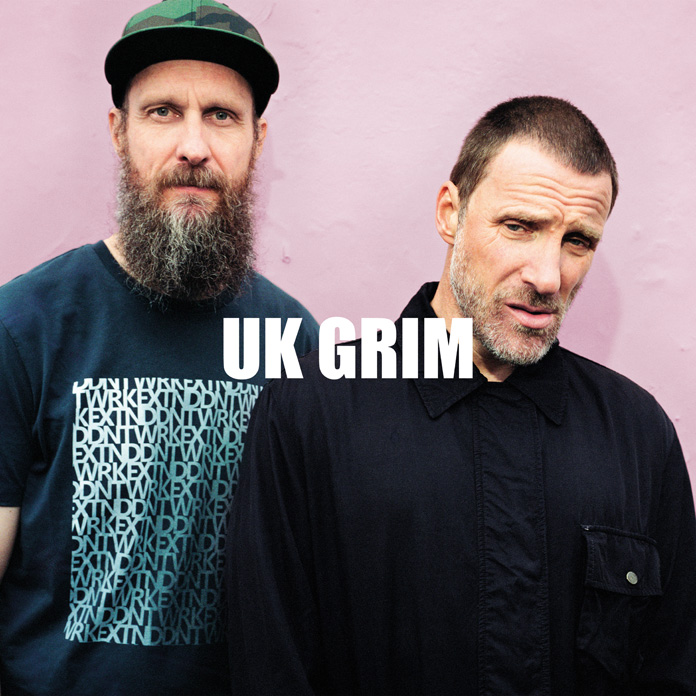