Remember The Cooper Temple Clause? Of course you do! Their debut long player See This Through And Leave still ranks highly as one of THE greatest albums to be released this century. So it gives it great pleasure to introduce Type Two Error, the new band formed by former TCTC members Benedict Gautrey and Kieron Mahon. Essentially a three-piece – Valencia based drummer Jonny Pumphrey completes the line-up – Type Two Error put out their debut single earlier this week and its one of the most incendiary pieces of music to grace our stereos this year.

Entitled “Pushing Up”, it heralds a new chapter in Gautrey and Mahon’s musical sphere and is the first taste of what to expect from Type Two Error’s debut LP, which is due for release in the early part of 2022. 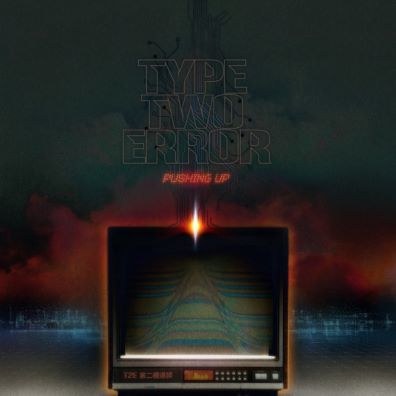 Produced by Max Dingel (The Killers, James, White Lies) and Rhys Downing (Bruno Mars, A$AP Rocky), “Pushing Up” is a dark and dramatic yet supremely elegant piece of electronica interspersed with cathartic lyrics tackling aspects of the human condition and delivered courtesy of Gautrey’s unmistakeable growl. It also represents the first taste of new music from Gautrey and Mahon since The Cooper Temple Clause parted ways in 2007. In the intervening years both have dedicated their time to studying, with Mahon recently gaining a PhD in Architectural History from UCL and Gautrey gaining degrees from Goldsmiths College, whilst also overcoming debilitating Crohn’s Disease.

About “Pushing Up”, Gautrey explains:-

“The song started life on my laptop before we took it a live setting with Max and Rhys. It is a good introduction into the aural soundscapes of the album that swerve from stripped back electro to full on alternative rock. Lyrically the song covers a gamut of negative emotions: self-doubt; anxiety, regret and an overpowering lassitude”

Available to stream now, here’s “Pushing Up” in all its wondrous glory.