Later this month, Toronto-based indie singer/songwriter Jonah Yano is back with his forthcoming sophomore album, Portrait of a Dog, out January 27th via Innovative Leisure. Following in the wake of the acclaim for his 2020 debut record, souvenir, his latest record finds him once again crafting intricate and evocative instrumental arrangements, entering into new worlds of transportive bliss and startling emotive weight.

However, his latest work takes an even more personal bent, inspired equally by a difficult breakup and the news his beloved grandfather was losing his memory. Yano’s songwriting on Portrait of a Dog revels in the small moments, zooming in on the corners of daily life and finding portraits of beauty and devastating grief within. The record finds Yano collaborating with BADBADNOTGOOD, who co-produced the album, and it also features guest work from Slauson Malone, Sea Oleena, with string arrangements by Eliza Niemi, Leland Whitty, and Yano himself.

Ahead of the record’s full release, Yano shared a series of new singles last year, including “always,” “speed of sound,” leslianne,” and the album’s title track. Today, he’s back with his first release of the new year, “song about the family house,” along with an accompanying video, premiering with Under the Radar.

Yano’s latest single is his most sparse and affecting yet, traced only via his lonesome guitar lines and weary vocal melodies. Yano makes use of every bit of negative space in the track, drawing intimacy from the silence and giving the track the unadorned feel of a bedroom composition. Meanwhile, the lyrics reflect on treasured memories, with Yano desperately trying to hold onto the places and people who shaped them before they are changed forever一“And how do I keep / The living room intact / Exactly as it was / If I have to commit it and rebuild it in my memory.”

Yano explains, “In May of 2021, I went and stayed with my grandparents for 2 weeks. I went in a fit of urgency – my mom called one day and told me my grandfather was starting to lose his memory. I set off to Vancouver to see them and to attempt to archive our time together, so should anything happen, I could remember my grandfather in the time when he could still remember me. I brought a video camera, a field recorder, some disposable cameras, a hard drive to collect scans of their over 2000 pictures in photo albums in the basement, and the dreadful, guilt-ridden, ambition that comes along with the desire to spend time with someone who might not remember you the next time you see them.

‘Song about the family house’ is an amulet of the things we archive amongst ourselves as a family, the stories we tell at dinner, the knots of trauma passed down to untie, the details of family life that could only ever be understood by us, not because they are complicated to understand, but because they would never matter to anyone else, and in that public irrelevance, we privately celebrate each other.”

Check out the song and video below, out everywhere now. Portrait of a Dog is out on January 27th via Innovative Leisure. You can also read Yano’s Q&A on the song and the album below, along with some of the pictures from the time Yano spent with his grandparents.

What are some of the themes you explore with your upcoming record, Portrait of a Dog?

You know, I’ve been thinking about that a lot lately. If I were answering this question in an elevator I think I would say something like, “in terms of songwriting, it’s an exploration of family archiving as music and an emblem of the, relatively brief, manic-depressive grief of separation.”

But since I’m here at home typing out a thoughtful answer, I’ll add that these songs detail, albeit in the coded safety of poetic license, my family and I coming to terms with my grandfather beginning to lose his memory (slowly, gracefully, and in front of us) which caused a sudden and unignorable need for me to make an attempt at beginning to archive my family, as well as myself coming to terms with the end of a relationship, both of which happened roughly around the same time.

I also want to add that embedded into these songs are smaller ideas that are, to me, just as thematically important but not as explicitly represented. Things like my brother and I becoming closer over the phone during covid, the romance of homemaking and splitting the rent, the tide, a New York Yankees hat my grandfather always wears, sentimentality as it relates to places I’ve lived, a memory that comes back to me at a specific intersection in Montreal etc etc.

You’ve described the record as part archival project honoring your grandfather and family and part breakup album. How do you connect those two threads?

Well, I suppose it’s a bit like I mentioned in the answer before this one, it’s both things happening at the same time in my life – it’s like my need to archive my family and my separation were braided together into a singular drone of white noise that ran throughout my life at that time which made it difficult to write about one thing without writing about the other. It’s sort of like what I imagine trying to cook two different soups in one pot might be like. Or maybe like trying to drive a car in two directions at once. In that sense, the two ideas were never really separate. I experienced them in tandem. 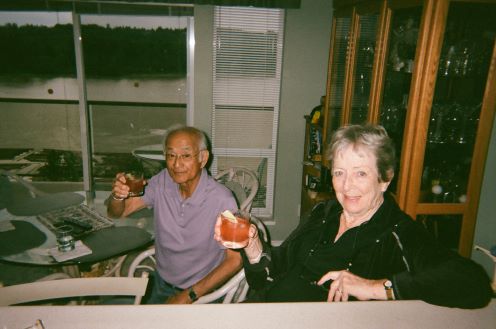 How was the creative process for Portrait of a Dog different from your debut?

My first album and all my music before that were made in a very piecemeal way. It was all fragments of things pieced together like a collage of different ideas, sounds, words, and collaborators. In terms of creative process, Portrait of a Dog was different because this was a studio album. I wrote as many songs as I could, thinned out the herd to what I thought was strongest, and brought it to the studio sessions to record all at once. I wanted to challenge myself to make this record to be more sonically consistent with itself because all my other music doesn’t have as much continuity in terms of sound.

What was it like collaborating with BADBADNOTGOOD once again on the new album?

Since we’ve made a lot of stuff together and just spent a lot of time together in general it was pretty easy to get straight to negotiating what it is that everyone wanted out of the music. They had just finished recording their latest album (Talk Memory) so they were really tight as a band which made it really easy for us to get really good takes right away. We only had 8 days in the studio together so we had to get about two songs day, and thanks to their brilliance, we pulled it off. I also wanna give a shoutout to my friend Eliza Niemi who wrote the string parts with me in my apartment after the studio sessions. She is such a good musician and I think her contribution to the music is just as relevant and worth noting.

What is the story behind your new track, “song about the family house”?

The house my grandparents raised my mom and uncle in, along with the entire surrounding neighbourhood, is about to get sold off for condo buildings. When I first found out I got weirdly emotional – everyone in my immediate family has lived in that house at one point or another. There are so many decades and memories attached to it for my family and me. I just thought immortalizing the house in song was the only way i could properly pay homage to it, to prove that it ever existed at all before it is buried under some stupid developer’s apartment complex. 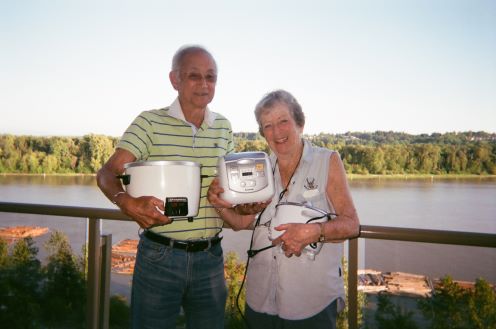 How would you describe the inspirations of the video for “song about the family house”?

I’ve always loved the way home videos, or really any amateur video camera recording, can bring the past into the present. It’s nice to experience a moment without much nostalgia or sentimentality – if you’re watching a recording of something happening, there’s not nearly as much you can make up about the memory in your head. And in the instance of the ‘song about the family house’ video, it’s just 4 minutes of my grandparents’ faces. Within that time, I see my grandparents as they are – I am reminded of everything I know about them and everything they know about my family and I. Just looking at their faces on a normal day, like the day in the video, reminds me of everything they are about and since they were the first ones to live in the house, it felt right to have them represent the song and house in this kind of way.