Phoebe Bridgers has announced some new fall 2021 tour dates, which will be her first ticketed live performances since November 2019. She released her acclaimed most recent album, Punisher, at the height of the pandemic, in June 2020, so this will be the first chance for fans to see Bridgers perform its songs in person. The dates include her first headlining show at The Greek Theatre, in her hometown of Los Angeles. Check out all the dates below.

Punisher landed Bridges on the cover of our print magazine and topped our Top 100 Albums of 2020 list.

Punisher includes “Garden Song,” and “Kyoto,” which were both #1 on our Songs of the Week list. “I See You,” was also one of our Songs of the Week, as well as “I Know the End.” Then she shared a video for “I Know the End.” She then shared a video for “Savior Complex” directed by writer/actress/comedian/producer Phoebe Waller-Bridge and starring Irish actor Paul Mescal. She also shared some behind-the-scenes footage from the making of her “Savior Complex” video. Bridgers also performed on various TV shows, including doing two songs on Saturday Night Live this past February where she memorably smashed her guitar.

Read our review of Punisher here. 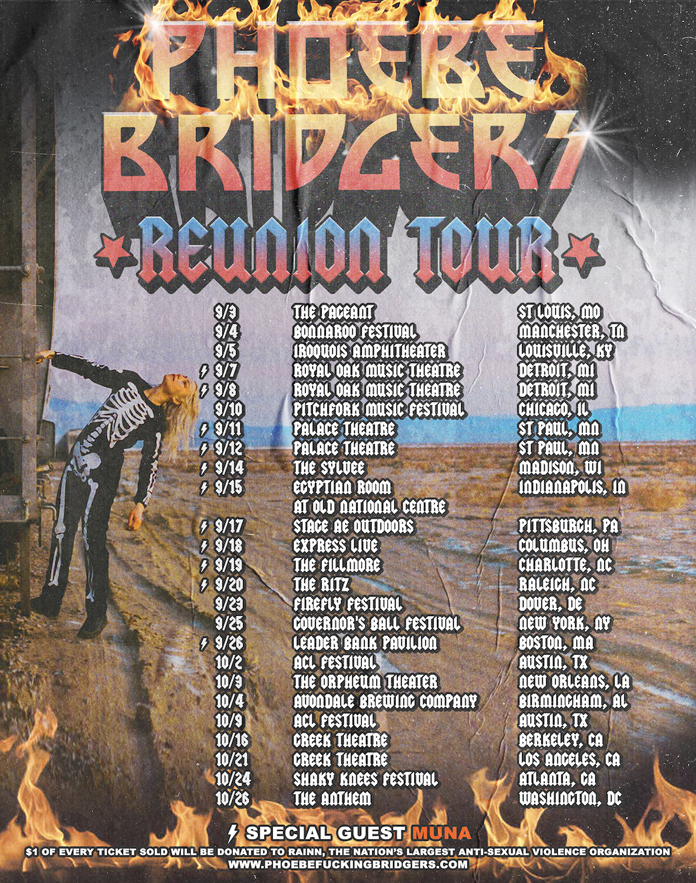