Noel Gallagher’s High Flying Birds (aka former Oasis guitarist/singer/songwriter Noel Gallagher) has announced a new album, Council Skies, and shared a new song from it, “Easy Now,” via a music video. Council Skies is due out June 2 via Gallagher’s own Sour Mash label. Colin Solal Cardo directed the video for “Easy Now,” which co-stars Milly Alcock (Rhaenyra Targaryen in HBO’s Game of Thrones prequel House of the Dragon). Check out “Easy Now” below, followed by the album’s tracklist and cover artwork.

Gallagher shared the album’s first single, “Pretty Boy,” back in October. It featured Johnny Marr, as do two other other songs on the album. His last solo album was 2017’s Who Built the Moon?, although in 2021 he released a greatest hits compilation album, Back the Way We Came: Vol. 1 (2011-2021).

Gallagher had this to say about Council Skies in a press statement: “It’s going back to the beginning. Daydreaming, looking up at the sky and wondering about what life could be…that’s as true to me now as it was in the early ’90s. When I was growing up in poverty and unemployment, music took me out of that. Top of the Pops on TV transformed your Thursday night into this fantasy world, and that’s what I think music should be. I want my music to be elevating and transforming in some way.”

Read our interview with Noel Gallagher on Who Built the Moon? 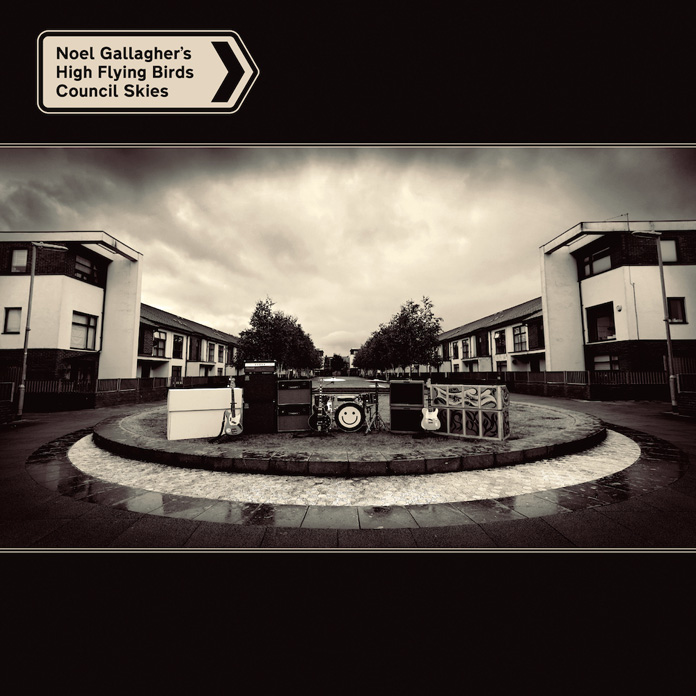