Ukrainian Interior Minister Denis Monastyrsky accused US citizen Kurt Jacob Grosans of attempted murder of the country's agrarian policy minister Roman Leshchenko. The police believe that in the past the American was a business partner of the farmer. Leshchenko himself talks about his relationship with the alleged customer of the murder reluctantly, and the Ukrainian media found an interesting explanation for this. Which well shows what awaits investors in Ukraine. 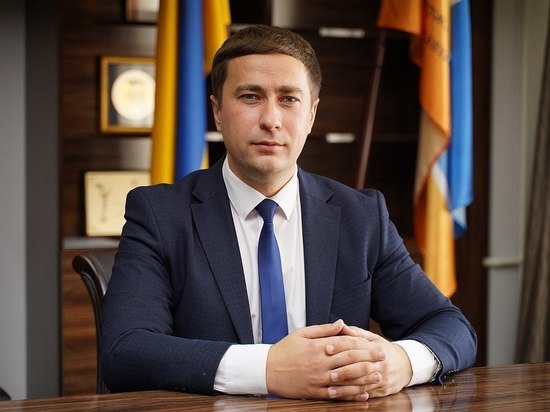 According to Monastyrsky, the American was taken into development in August 2021. Then the police learned that a US citizen, through his Ukrainian girlfriend, was looking for a killer to kill a collector who could not cope with getting $ 150,000 from the debtor. The security forces sent a dummy “killer” who kidnapped a man and hid him in one of the houses in Kiev. There, the American met with his victim – the police have a video in which the collector asked Grosans to release him.

After that, the “killer” showed the customers a photograph of the alleged body and a video of the collector's burial. The American liked it so much that he decided to order the murder of the Minister of Agrarian Policy, who turned out to be the very debtor. True, Grosans did not think of this himself, but after committing the murder he was offered by the same dummy “killer”. Which indicates an obvious provocation. As part of the agreement reached, the crime was to be committed only after the American left Ukraine.

The fatal conversation took place on November 17, and the very next day the Ministry of Internal Affairs of Ukraine reported on the disclosure of a high-profile crime. The American and his Ukrainian girlfriend were detained.

The Minister of Agrarian Policy himself was extremely unconvincing at a briefing by the Ministry of Internal Affairs. According to Roman Leshchenko, he had a falling out with Kurt back in 2017. At the same time, the Ukrainian calls the American a fraud, although he notes that it was the foreigner who tried to sue him, and not vice versa.

Meanwhile, the American himself never concealed that he was in a quarrel with the minister. In particular, he published articles on this topic in the Ukrainian media. Kurt Jacob Grosans came to Ukraine in 2017. At that time, Leshchenko headed two companies that were founded by an American: Dakota Agro Investments and Grosans. However, already in 2018, Grosans accused the future minister of transferring money from the accounts of his firms to his own, which is called Progress. The American estimated the amount of damage at about $ 1 million.

In May 2020, the Ukrainian Themis sided with Leshchenko. By that time, he was already authorized by the President of Ukraine on land issues, a month later he headed the State Geocadastre, and then moved to a ministerial position.

Upon learning that his abuser became the Minister of Agrarian Policy, the American decided to destroy him in the media. In particular, he said that Leshchenko stole a large amount of grain from him, used his equipment to cultivate the fields of foreign companies, deriving personal benefit from this, and so on. Moreover, according to Grosans, Leshchenko transferred part of the money stolen from him to the account of the election headquarters of the Servant of the People party.

Grosans believed that the Ukrainian court was too corrupt to achieve justice there, so he was going to sue Leshchenko in the United States. However, a dummy “killer” intervened in his plans.

“In general, raiding is so widespread in Ukraine that the Ministry of Justice of the republic has created a special office to combat this phenomenon. Especially raider seizures flourish in the agricultural sector. For businessmen, including foreign ones, a lot depends on the relationship they have with the authorities. If in the good, then this trouble can bypass them, and if in the bad, it will not be possible to fight back, “Kirill Barashkov, an expert from Kyivstratpro, told MK.

In his opinion, Leshchenko's conflict with Grosans has no nothing to do with what the minister is doing now. Another thing is that thanks to his position, he could solve the problems that appeared in his past. “Nothing unusual, the most common practice of the times of wild capitalism. I do not exclude that when foreign investors enter the country en masse, having their eyes on the Ukrainian land, they will face exactly the same problems, “Barashkov states.