When not found lounging in the cool clubs of Nottingham, rising retro stars Midnight Rodeo are impressing with their sepia tinged widescreen take on spaghetti western psyche as first heard on singles “Shootout Sunday” and “Now You’re Gone”. Now, they drop third offering of the year “The Big Melt” on Fat Cat Records which they call “hypnotic” and “wilfully obscure” ahead of their November tour.

Recorded at JT Soar, the gloriously ramshackle studio / toilet venue with engineer Will Crumpton and mixed by Ben Davies; the sultry sextet blends surrealist imagery with 60’s vibes to create a potent mix for the latest single.

“The Big Melt is a densely layered cornucopia of diverse percussion, Latin inspired rhythms and winding, shamanic guitar lines that almost seem to duet with the ethereal yet serene vocal melody. It’s a lot like listening to Eve talk to the Snake after passing on the forbidden fruit and deciding to raid God’s own mushroom patch instead.” 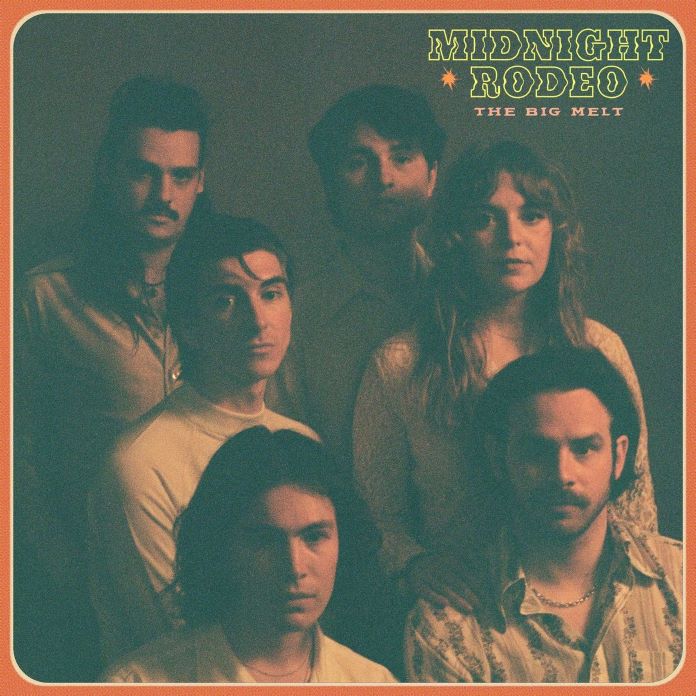 Catch Midnight Rodeo when they hit the road next month, playing shows around the country throughout November.