Los Angeles-based rock trio Meatbodies have announced a new album, 333, and shared its first single, the bass-heavy shoegaze cut “Reach For the Sunn,” via a video for it. 333 is due out September 3 via In the Red. Josh Erkman directed the “Reach For the Sunn” video, which features buildings being demolished in reverse. Check it out below, followed by the album’s tracklist and cover art, as well as their upcoming tour dates.

Meatbodies is led by Chad Ubovich, who has also performed with Fuzz and in Mikal Cronin’s backing band. After the band’s second album, 2017’s Alice, Ubovich was a bit burnt out.

“I’d been touring for eight years straight with all these bands, and just couldn’t do it anymore,” he says in a press release. “There was also a feeling in the air that everything was changing, politically. Things just didn’t feel right, and I went down a dark path.”

But eventually Ubovich found his way back to Meatbodies, alongside drummer Dylan Fujioka, and a new album was finished by late 2019. But then COVID-19 hit, putting its release on hold. In lockdown, Ubovich revisited some demos he and Fujioka had recorded in 2018 that he says “sounded gross, like a scary Magical Mystery Tour.” Enamored by the demos’ “deliriously disordered” nature, Ubovich turned those into Meatbodies’ third album instead. 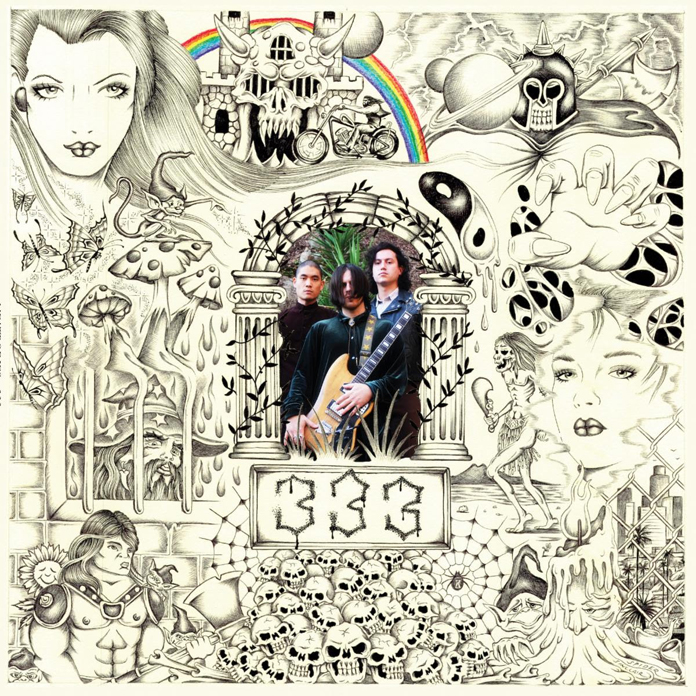