LUMP (aka Laura Marling and Tunng’s Mike Lindsay) are releasing a new album, Animal, on July 30 via Partisan/Chrysalis. Now they have shared the album’s second single, “Climb Every Wall,” via a playful video for it. Tamsin Topolski and Mora Laming shot and edited the video. Watch it below.

In a press release Marling explains the genesis of the song’s lyrics: “I’d watched a film called The Perverts Guide to Ideology about how ideology is woven into Hollywood cinema, and there was a bit about how in Communist countries they cut out the song ‘Climb Every Mountain’ from the Sound of Music because it’s too much of a personal, individualistic ideology, so that’s where I got the title.”

Lindsay adds about the music: “I spent hours trying to find a bassline that would work. It was a real headache. Then when I got it, I just loved it and I made my girlfriend come downstairs and dance in the room for about an hour.”

Previously LUMP shared a video for the album’s title track, “Animal.” “Animal” was #1 on our Songs of the Week list.

Animal follows the band’s self-titled debut album, LUMP, which came out in 2018 via Dead Oceans.

“LUMP is so the repository for so many things that I’ve had in my mind and just don’t fit anywhere in that way,” said Marling in a previous press release. “They don’t have to totally make narrative sense, but weirdly they end up making narrative sense in some way.”

“It became a very different thing about escaping a persona that has become a burden to me in some way. It was like putting on a superhero costume,” she said, adding that sometimes it feels as if she might be “edging Laura Marling off a cliff as much as I can and putting LUMP in the center.”

Animal was recorded at Lindsay’s home studio in Margate, Kent. A big feature of the sessions was his Eventide H949 Harmonizer, which is the same pitch-shifter David Bowie used on Low. In order to make sure her lyrics were more spontaneous, Marling would show up at the studio without hearing Lindsay’s music ahead of time.

“There’s a little bit of a theme of hedonism on the album, of desires running wild,” said Lindsay. “We created LUMP as a sort of persona and an idea and a creature. Through LUMP we find our inner animal, and through that animal we travel into a parallel universe.”

Read our 2018 interview with LUMP.

Marling and Lindsay met when Marling supported Neil Young at a London show in June 2016 and they discovered that they were mutual fans of each other’s work. The collaboration grew from there. 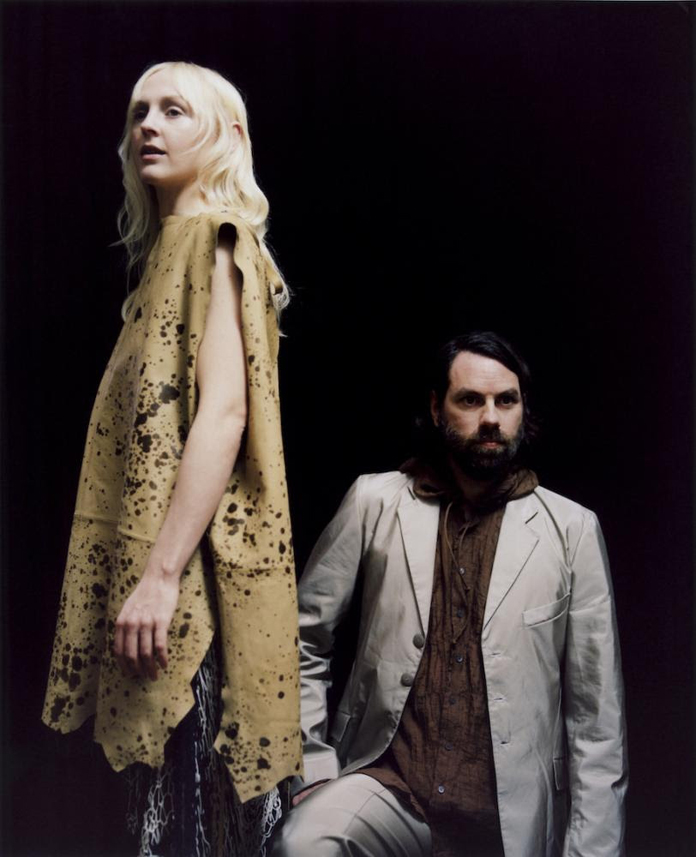