Kings of Convenience fans aren’t alone in their expressions of relief at the sight of a new album. Erlend Øye and Eirik Glambek Bøe feel the same.

A full 12 years have passed since Kings of Convenience released Declaration of Dependence back in 2009, a lifetime and then some in the digital era. While the Norwegian duo has never been keen to rush their songcraft, both members admit it was never supposed to take this long to release new music. Life got in the way. Inspiration was sidelined. By the time a global pandemic took over, it only prolonged what was already taking more time than anyone expected.

Fortunately, Kings of Convenience’s commitment to excellence, a core value that contributed to the delay of any creative releases, is also what makes the music on their new album, Peace or Love, worth the wait. We recently spoke to the duo about the span between albums and what it’s like to hear from fans again.

Matt Conner (Under the Radar): Twelve years is a long time between albums for any band. I’m sure it’s hard to encapsulate such a span and the reasons why you took so long, but was there a purposeful break from the music in there at all?

Erlend Øye: I feel the difference between us and so many other bands is that other bands make plans that they try to stick to. If you do that, my question to them is, “What chance do you have, then, if you don’t like the results so far? Do you stick to the plan? What if you feel unsure about what you’re putting out?” For us, it’s very important that we are sure that what we are putting out is what we can stand behind.

Since we obviously don’t live in the same town, we have to plan things in advance, and if they don’t work out, then months pass. Engineers and studios aren’t always available when you want them to be and so on. Also, Eirik has a family so that changes things.

So in 2009 was our last album. Then we toured for three years. I also put out an album with The Whitest Boy Alive and toured for that at the same time. All those things are parallel and that’s what a lot of people don’t understand. My years are a mix of different musical projects and visiting friends and doing stuff. It’s a life where I cannot follow anyone else. My mother and father didn’t live that way. Life is happening as we’re walking it.

Along that life, you become inspired and you write songs. It’s no longer this way where every song that I wrote would end up with Kings of Convenience. Eirik and I were starting to consider the options and we also collected ideas as the years passed.

By 2015, even though Eirik and I were doing different tours until then, that was the year we thought, “Okay, let’s look at what we’ve got. This seems to be the time now.” Then we gave ourselves half a year to really try to finish our ideas and then booked some dates. We also had the amazing idea that we were going to go on tour to play the unfinished songs. We thought it was a great idea to play them live and then it’d be so much easier to record.

At the same time, in 2016, there were a lot of personal problems that came in. My mom died, for one. Eirik had love problems. All in all, things weren’t going as planned. Over the next year, we continued trying while in Bergen. Finally, we’d recorded a lot but we were very tired of the material by then, having worked on it for one-and-a-half years, and I decided to take a long break. I went to South America to just forget about the songs.

When I got back to Europe and started to listen to the stuff, it was so much easier to understand why this song was great or this song sucks. We basically reassessed what we were doing and then started again. It’s not easy because we also didn’t totally agree.

The bottom line is that it’s complicated, and we’re in no rush to put something out. There’s no need to do that. Then the pandemic didn’t really help things either, but now we are here. Who cares? Five years seems like five months. [Laughs]

Does it surprise you that so much time had passed?

Erlend: Yeah it did surprise me. If it wasn’t for personal problems being involved, if we were basically our normal, useful selves, it wouldn’t have needed to happen that way. It could’ve have happened much quicker.

But, you know, humans are humans. We’re all humans. There’s such an expectation of humans being robots and we’re not. When you try to push yourself, that’s usually when it doesn’t help. 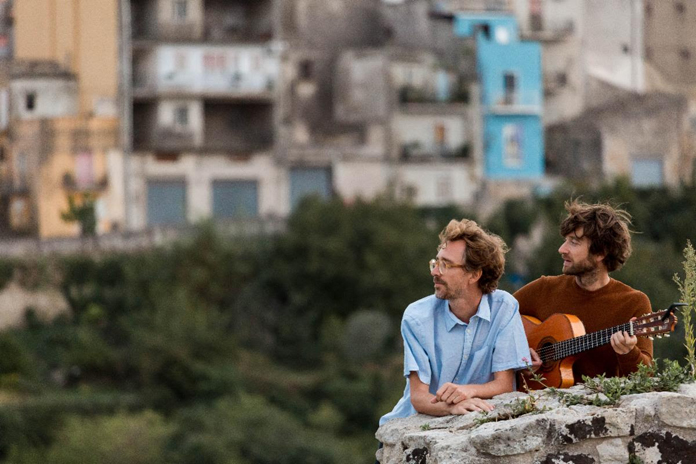 These instincts you’re describing, to protect the music or the fun of being in a band and not becoming a slave to expectations or the marketplace, have you learned them the hard way? Or are those values you’ve had all along? Erlend: Very good question. In general, I learned a lot of things in the ’90s. In Bergen, it was a music scene with a lot of opinions about stuff. People were very truthful, y’know? For example, the concept of selling out was definitely around. I’m trying as hard as I can to not sell out. That’s one part of this.

We’re constantly trying to respect our fans as much as we can, and we try to build our band by making quality records and, more specifically for us, making quality live performances. It’s in that moment when you actually meet the people where you really have a chance to contribute to the longevity of your band.

I’ve been a fan of music myself. I stood outside a Red House Painters show myself in 1996 hoping to talk to Mark Kozolek and give him a cassette tape. So I know quite well how it is to be on the other side of the coin, and I know what it means to really like a band. I try to go back to my old self, my 21-year-old self who was a fan of music, and think, “What would I have thought?”

I can definitely say that in the 1990s, waiting five years more for a record to come out seems like a very long time. [Laughs] At the same time, if I could have known that the members of that band were also enjoying themselves at the same time, then I would be happy. For example, there are certain bands like Stereolab who have always played their own game. I got to see them live. They were never in the music press. They were ignored in England, always, because they never wanted to play the industry games. But I felt 100 percent I was there for them and I wanted to listen to their records.

There’s not much more you can do, really. You can put it out and hope people will listen to it. Certain bands, and I won’t name names, would put out records that weren’t good and that caused me to lose my faith in the band. It’s serious if you, at some point, get really disappointed. For example, there are bands who are on very bad record deals and they do a record to get out of the deal. You can’t do that. Because as a fan, I don’t know that. I’m just listening to a bad record.

Back to your question, which was a good one, I think Riot on an Empty Street was a rushed record and I think you can hear it quite well in the mastering of the record. That might be hard to understand the mastering or mixing, but it really changed in that last week when we heard, “Oh, we just have to get it mastered.” It completely changed character. That’s also why I think that album is very popular and did very well, because it was very pushed. But when I listen now, I find it hard to listen to. I know it sounds a lot softer than that. The breathing of the compression is pretty crazy.

So on Declaration of Dependence, we took a bit more time and the end result is much better. That record sounds very good, I think. But it just depends. Which ears are you using? I’m using the ears of someone who is consciously deciding to listen to music in their home. If you’re talking about radio or being played in cafes, the other version could work really work.

How has it been to hear from fans now that you’re back?

Eirik Glambek Bøe: It’s been very nice to get the response on YouTube with the video for “Rocky Trail.” A lot of the comments were very heartfelt and very personal. People were sharing their joy and emotions, and that was really wonderful. They were expressing so much gratitude that we’d finally released new music. Obviously, we’d been bombarded by requests about when we’d release a new album. To finally let go and get this response was really nice.

So back to the idea of protecting the music. How do you handle that in tension with listening to fans?

Eirik: That’s a good question. I feel when we go on tour, that’s when we serve our fans. When we’re in the studio, we can’t make an album for anyone else.

Erlend: We are definitely paying attention to people around us. We live in this weird middle zone of being a pop band but also a handmade music group, which has very wholesome ideals. At the same time, we like pop music. We’re not trying to be difficult either. We’re happy to be played at a million cafes around the world. We don’t feel bad if people listen to our music without paying attention to it properly. So we pay attention to what people are saying, yet in the end, it’s up to Eirik and I to decide who we are and what we do.

Is that easy to do or difficult?

Erlend: It’s not easy to me. I would say that. I think Eirik would say something similar. [Laughs]

Eirik: True. Sometimes we have to make a decision when we record a song. Is this going to be a pop song or an album track, which we know won’t get any radio play? A few times, I have to admit that we’ve decided to go for a more poppy version of the song idea and those are the times it becomes clear that we have one foot in two camps, when we’re not sure what kind of band we are. For example, with “Rocky Trail,” there was a discussion of whether we should record it as a live take with two guitars or do it with arrangements and instrumentation to make it more palatable as a radio song. In the end, we chose a middle way with a little bit of extra stuff.

Erlend: Yeah, “Rocky Trail” is a good example of when we’re able to stay in both camps. Our feet are firmly placed in the pop world and in the handmade, indie band world.