King Tuff (aka Kyle Thomas) has announced the release of a new album, Smalltown Stardust, which will be out on January 27, 2023 via Sub Pop. Thomas has also announced a 2023 North American tour in support of the album in addition to sharing a video for the album’s lead single and title track, “Smalltown Stardust.” View the Nicola and Juliana Giraffe-directed video below, along with the album’s tracklist/cover art and a full list of tour dates.

Smalltown Stardust was co-produced by SASAMI and is described in a press release by Thomas as “an album about love and nature and youth.

Thomas adds: “The truth is I never really wanted to leave my little town in Vermont. I knew it was something I had to do in order to actually pursue a career as a musician, but I loved my life there, and I cried and cried the day I left on a Greyhound bus for L.A. in 2011. In some alternate dimension there’s a version of me still living there, still hanging on the stoop, drawing pictures in the coffee shop, walking the railroad tracks that run along the river… but alas, in this here dimension, I’m nothing but a townie without a town! ‘Smalltown Stardust’ is a song about keeping that little place and all its strange magic with me wherever I go. It’s a portal that I can access when I need inspiration, or when the city feels too big and hot and I need to mentally escape into some dark woods. It’s a place I found myself going to often in the last few years while I was writing this record, stuck in scorched and crispy ol’ Los Angeles, so it felt fitting as an album title as well as the first song to release into the world. Enjoy!” 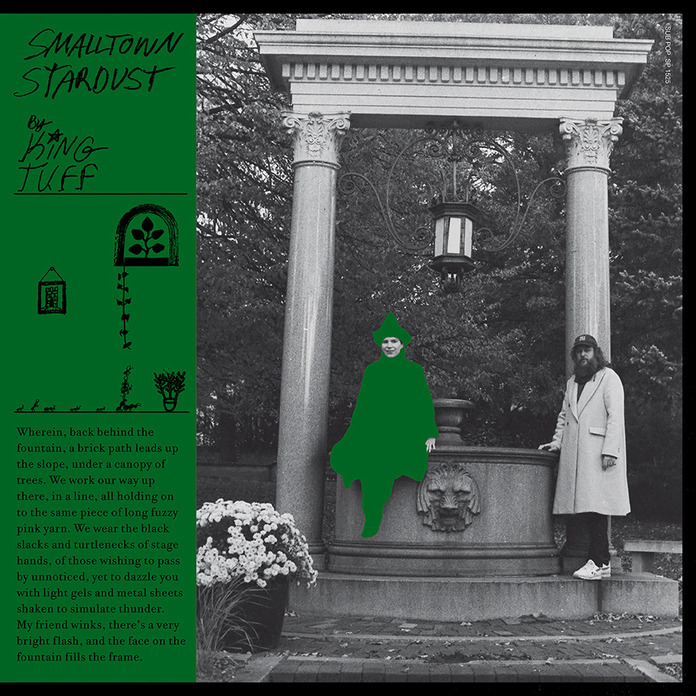