Statements by US officials about the readiness to transfer troops to Europe to contain Russia are a bluff. The United States does not have the ability to quickly make such a redeployment. Yakov Kedmi, an Israeli diplomat and political scientist, former head of the Nativ intelligence service, thinks so. 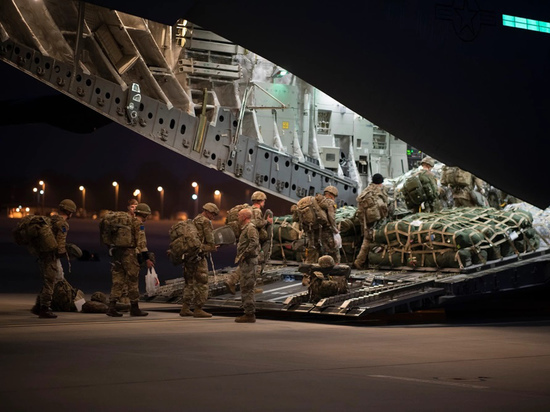 “They (USA – MK) don’t do anything real to switch to readiness for military operations,” Kedmi said on January 25 on the Soloviev Live YouTube channel. – All actions are not of great military importance, they are of great propaganda value, including the performance with the evacuation of … workers and family members from Kiev. A more or less well-staged performance.”

According to Kedmi, the ability to send tank, airborne, artillery formations, batteries or air defense or missile defense divisions from the United States to Europe is limited.

“Europe doesn't have the strength for that,” he said. – The United States does not have the strength for a serious conflict in Europe. It will take too long. Their ability to transfer and put into preparation for hostilities large formations today is not enough to send them to Europe. And where to send? This will cause an immediate response.”

Yakov Kedmi recalled that the Russian army has been actively training in recent years in the transfer of troops and equipment, including missile weapons over considerable distances – five thousand kilometers. He advised the Americans to carefully study the experience of the latest Russian military exercises.

Commenting on the allegations that Russia is allegedly preparing attacks against Ukraine, Kedmi said: “No military action is needed with Ukraine.”

At the same time, according to him, in the event of an attack by Ukrainian troops in the Donbass, the Russian army has long had prepared plans to respond to the opening of fire. “There, the issue can be resolved very quickly.”

If the US continues to whip up hysteria instead of responding to Russia's proposals for security guarantees, then Russia has something to answer, the analyst believes. “The answer will be unexpected. Not where they are waiting, and not what they are waiting for. And very, very effective, – concluded Kedmi. – … Let's wait for the end of the Olympics (Winter Olympics in Beijing. – “MK”) – what will be the answer.