North Carolina singer/songwriter Indigo De Souza has announced a new album, Any Shape You Take, and shared its first single, “Kill Me,” via a video for it. Any Shape You Take is due out August 27 via Saddle Creek. Jordan Alexander directed the “Kill Me” video, which, according to a press release, was “inspired by the cake sitting culture originated by multimedia artist, performer and cam girl, Lindsay Dye.” Watch it below, followed by the album’s tracklist and cover art, as well as her upcoming tour dates.

De Souza had this to say about “Kill Me” in a press release: “I wrote ‘Kill Me’ sometime in 2018 when I was really tired and fucked up in a lot of ways. I was deeply consumed in a big crazy love and coming to terms with the reality of living with mental illness. I recorded myself stream-of-conscious singing it on the kitchen floor at night with my laptop cam. I found the video about a year later, and could barely recognize the person singing. It was such a strange feeling watching the video because I couldn’t remember writing the song, but little bits and pieces of it felt familiar to me. It felt like it had been a lot longer than a year.”

Alexander had this to say about the “Kill Me” video: “We wanted to make a film about performance and stage an event that would get the crew and actors going. Cake sitting is this wonderful art form, rampant with metaphors of creation and destruction, engaging in equal parts with desire and disgust. It lends itself to the song and Indigo came over to test it out and was way better at it than I am.”

Any Shape You Take is the follow-up to her 2018 debut, I Love My Mom, which was self-released and recently reissued by Saddle Creek. De Souza co-produced the new album with Brad Cook (Bon Iver, Waxahatchee).

Any Shape You Take Tracklist: 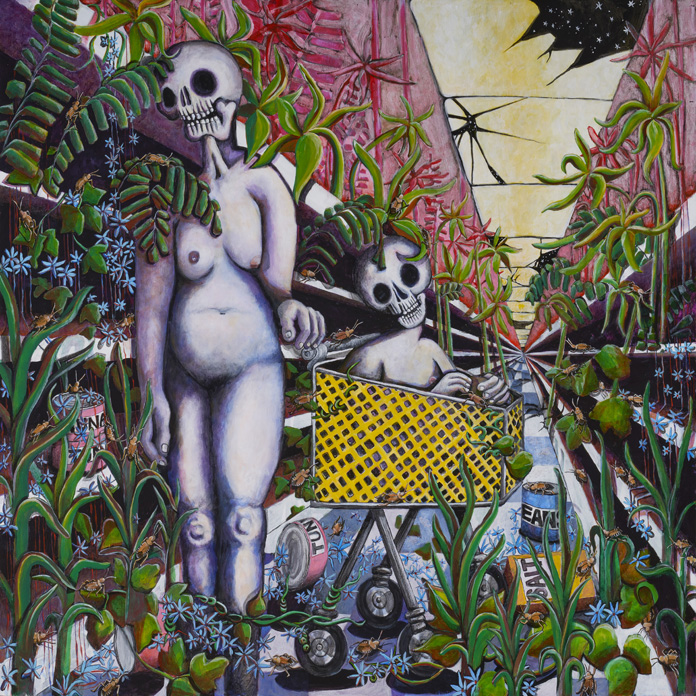