Illuminati hotties (the project of singer/songwriter Sarah Tudzin) has announced a new album, Let Me Do One More, and shared a new song from it, “Pool Hopping,” via a video for the single. Let Me Do One More is due out October 1 via her new label Snack Shack Tracks, which is in partnership with Los Angeles-based indie label Hopeless. Katie Neuhof directed the “Pool Hopping” video, which fittingly features Tudzin in various pools. Watch it below, followed by the album’s tracklist and cover art.

Tudzin had this to say about the new single in a press release: “It’s POOL HOPPING SUMMER. I’m so stoked to have grilled up a splashy new song & music video (directed by Katie Neuhof) to soundtrack your wettest and wildest parties to date. This track is for when it’s hot, you’re crushing on someone new, and your adventure senses are tingling. Come on in, the water’s fine!!!”

Of the album as a whole, she says: “The songs tell a story of my gremlin-ass running around LA, sneaking into pools at night, messing up and starting over, begging for attention for one second longer, and asking the audience to let me do one more.”

Tudzin also adds: “I love these songs and they’re a part of me and I’m proud of them.”

Let Me Do One More features “MMMOOOAAAAAYAYA” (which is just pronounced as “MOO!”), a new song shared in April via a video for it. It was one of our Songs of the Week.

Illuminati hotties found success with 2018’s debut album, Kiss Yr Frenemies, but when it came time to release a follow-up Tudzin found herself at odds with her then label, Tiny Engines, who didn’t have the proper infrastructure to fully release their second album. “It felt like any momentum came to a screeching halt. It felt painful to pick up a guitar, to write, to record any loose ends that needed to happen to wrap up the album,” Tudzin says in a press released. So instead, illuminati hotties self-released a new album (although carefully not referring to it as one), the acclaimed FREE I.H: This Is Not the One You’ve Been Waiting For, in 2000. Now Tudzin has a new home and more control.

“I’m incredibly stoked to be partnering with Hopeless Records on my own imprint, Snack Shack Tracks,” she says. “With everything that has brought me to where I am, I knew that the next time around I needed to seek support from folks who trusted me—who believed not only in illuminati hotties, but also in myself, and my curative vision as a creator at large. Hopeless is the perfect collaborator for IH and beyond. I am thrilled, grateful, and looking forward to an expansive future for the music that we’re all total nerds about!”

Let Me Do One More Tracklist:

4. Threatening Each Other re: Capitalism 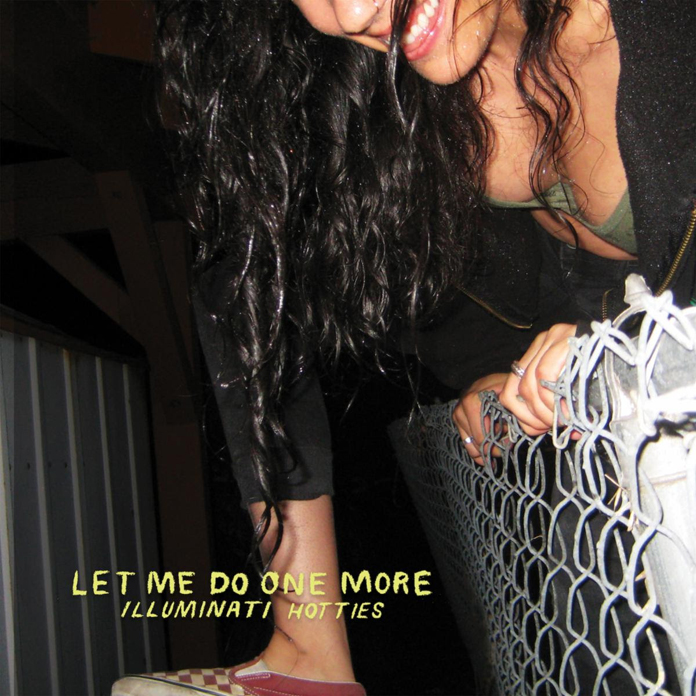