George Harrison’s acclaimed third solo album, All Things Must Pass, is being reissued in honor of its 50th anniversary. The album has been remixed and is due out in a the variety of formats on August 6 via Capitol/UMe. Check out all the details below.

Produced by Dhani Harrison (George’s son) and David Zonshine and remixed by Paul Hicks (The Beatles, The Rolling Stones, John Lennon), this 50th anniversary edition is promised to sound and feel brighter than ever, bringing the music to life. The very limited Uber Deluxe Edition box set will explore the ’70s album sessions through 47 demos and outtakes (both released and unreleased) and will include the record on eight LPs (180g) and five CDs, plus one Blu-ray audio disc, all held in a large wooden crate for the ultimate experience. The crate also contains an extensive scrapbook created by Olivia Harrison with unseen memorabilia and handwritten items as an homage to Harrison. Inside the box will also be 1/6 scale replica figurines of Harrison and the gnomes featured on the album cover, a limited-edition illustration by musician and artist Klaus Voormann. The Super Deluxe Edition box set includes everything the first box contains with the exception of the figurines and Voorman illustration, as well as a replica of the original album poster.

Dhani Harrison talks about the anniversary releases in a press release: “Since the 50th anniversary stereo mix release of the title track to my father’s legendary All Things Must Pass album in 2020, my dear pal Paul Hicks and I have continued to dig through mountains of tapes to restore and present the rest of this newly remixed and expanded edition of the album you now see and hear before you. Bringing greater sonic clarity to this record was always one of my father’s wishes and it was something we were working on together right up until he passed in 2001. Now, 20 years later, with the help of new technology and the extensive work of Paul Hicks we have realized this wish and present to you this very special 50th Anniversary release of perhaps his greatest work of art. Every wish will be fulfilled.”

All Things Must Pass has only grown in popularity and influence since its release, including an induction into the Grammy Hall of Fame, The Times of London’s “The 100 Best Albums of All Time” and Rolling Stone’s 2020 listing of “The Top 500 Albums of All Time.” 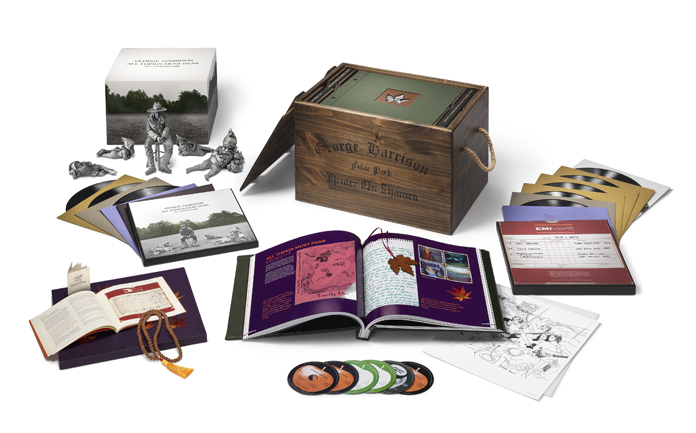