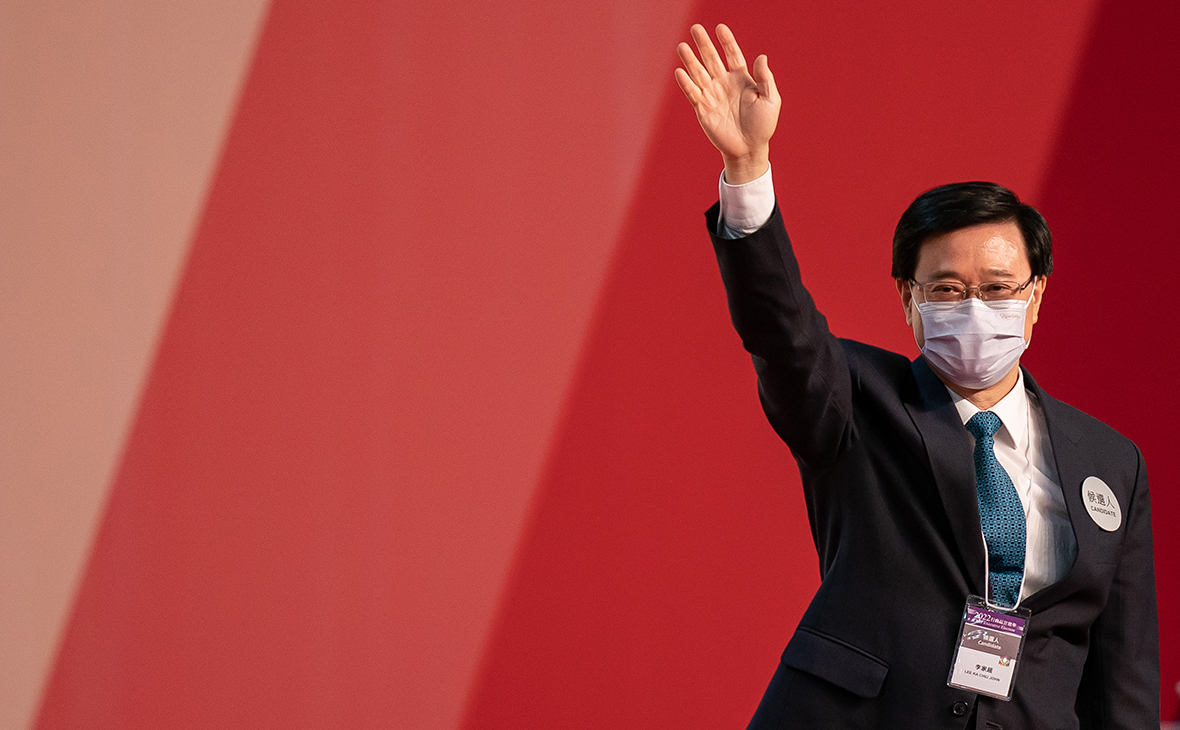 The only candidate— John Lee, 64, who has worked for many years in the police and law enforcement agencies, won the election of the head of Hong Kong's administration held on Sunday. Lee received 1,416 votes from members of the Electoral College, which includes 1.5 thousand people. The turnout was 97.7%, according to the South ChinaMorning Post, citing CEC data.

The term of office of the new head of administration will begin on July 1. Prior to that, the appointment also has to be formally approved by China's central government.

The election was originally supposed to take place on March 27, but was postponed due to the COVID-19 outbreak. Voting took place on a non-alternative basis. Incumbent Chief Executive Carrie Lam announced on April 4 her decision not to run for a second term due to family reasons.

Until June last year, John Lee was the chief security officer of Hong Kong as Secretary (Minister) for Security Affairs (2017-2021), and before that he served in various positions in the police for many years (since 1977). Hongkong News calls Li “known for his unwavering loyalty to the Chinese government.”

After his victory, Li said he would start “recruiting talent” to serve in his future administration. “I will recruit experienced, capable and enthusiastic people to my leadership team,” — he said.

In addition, he promised to make Hong Kong “more open and dynamic”, as well as work on the quality of medical services, youth mobility and a more “deep” economic integration with mainland China.

Read on RBC Pro Pro Taxi king or search engine: what the future of Yandex sees Pro Amazon articles: crazy ideas that paid off. Investor's digest Articles Pro Former head of Tinkoff Oliver Hughes: the main thing for a banker is not to be a banker from whom and what payments can be received Instructions Pro Jobs for which an employee needs to be paid not only a salary Articles Pro More than 25% of newcomers leave the company almost immediately. How to keep them Instructions