Drones, lasers and other “breakthroughs”

Over the past 20-30 years, new technologies, especially in the field of communication, have seriously changed our lives. He is actively developing high-tech and the military sphere. We have studied high-tech trends in the development of weapons and methods of warfare. 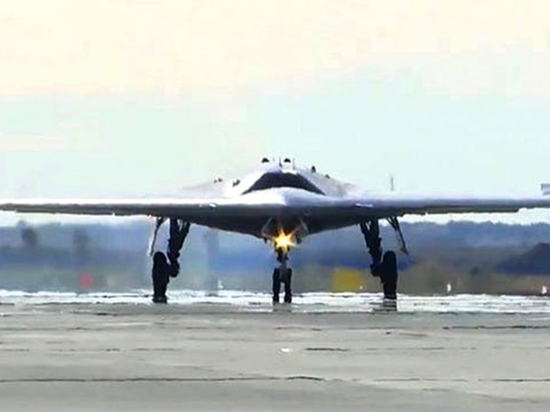 How is scientific and technological progress measured? The size of the economy, the standard of living, or maybe the number of iPhones per capita? But the ancient Greek philosopher Thucydides in ancient times measured progress – by the number of enemy cities taken and the number of enemies killed. The better equipped the army, the more victories it has.

And, it seems, the history of mankind confirmed the conclusions of Thucydides. In the First World War, according to various estimates, from 7 to 12 million people died, and in the Second – from 50 to 80 million. It's scary to think about what will happen in the Third.

During the Cold War, thousands of scientific institutes and design bureaus all over the world worked to ensure that people could destroy their own kind even more efficiently and at less cost. And they achieved a lot in this field. In recent decades, the principles of warfare have undergone major changes. And all thanks to new technologies. There are many things that can change the usual picture of hostilities beyond recognition.

Drone with a sword

What do the Russian manufacturer of mayonnaise EFKO, the Sukhoi Design Bureau, Northrop Grumman Corporation and Nikola Tesla have in common? The answer will amaze you: drones. It turns out that the concept and appearance of the first autonomous aircraft was developed over a hundred years ago by Nikola Tesla, an inventor of Serbian origin, known primarily for his research in the field of electricity. 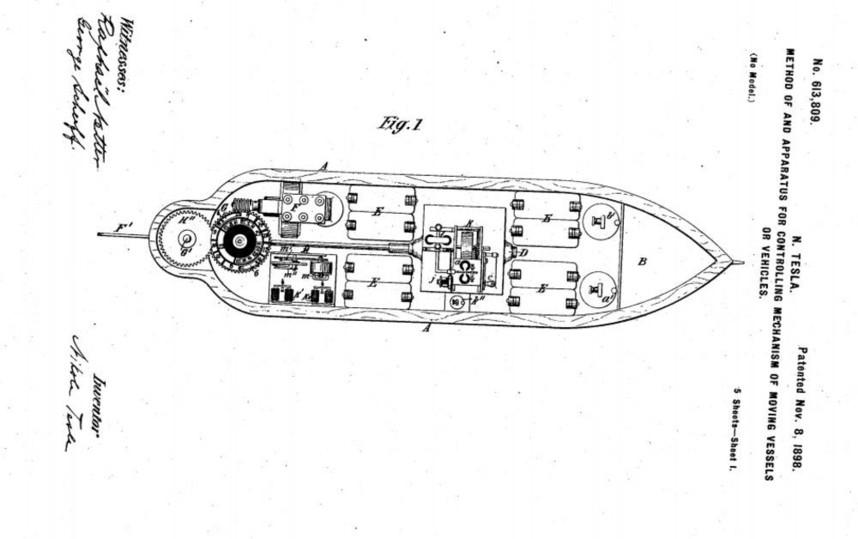 The drone was originally conceived as a weapon. The first working product – “Kettering air torpedo” – was developed in 1917 in the USA. It was a bomb embedded in the fuselage of an aircraft controlled by a gyroscope and a primitive autopilot. The target was hit after the expiration of the number of revolutions of the propeller – the number was set by the technicians taking into account the weather conditions. Due to low accuracy and doubts about reliability, the “torpedo” was not used in real combat operations.

Modern drones have progressed far ahead thanks to the development of microelectronics. The UAV fleet includes multicopters, fixed-wing drones, single rotor drones – unmanned helicopters and hybrids.

The first type is the prototype of a flying taxi Hi-Fly Taxi, on which the very same EFKO company has already spent more than a billion rubles. The device stands out among others in that its motors are located in two planes. As conceived by the designers, this gives it the optimal combination of speed and maneuverability, unlike their counterparts with a lower or upper rotor placement. It is planned to use it for transporting people and delivering goods.

But it is, so to speak, a product of civilian use. What about military objectives? A real military unmanned revolution is being celebrated in this area.

Recently, for example, the public was presented with a secret Russian jet drone S-70 “Okhotnik” developed by the Sukhoi Design Bureau. This is the first domestic heavy drone that will be able to take on board hypersonic missiles. What its direct competitor, the American RQ-4 Global Hawk, cannot yet boast of.

The range of missions performed by combat drones is almost limitless. This is reconnaissance and aerial photography, guidance and target designation, striking targets, electronic warfare and, as they say, everywhere else.

According to experts, it was the fleet of flying Turkish and Israeli drones that largely helped Azerbaijan to defeat the Armenian troops in the 2020 Karabakh war. And the Yemeni Houthis nearly brought down the world's oil breezes by attacking Saudi Arabia's oil facilities with drones.

And recently, the Turks surprised specialists with another novelty – a drone armed with a laser sword. The fantasies of the author of Star Wars come true.

Actually, combat lasers are already a military reality. At least in the Russian Strategic Missile Forces in the Teikovo division, laser installations “Peresvet” are already on alert. Their task is to cover the Yars mobile ground-based missile systems when they move into positional areas for launching missiles.

The military does not particularly expand on the tactics of action and its characteristics. One can only assume that the laser beam is capable of quickly and effectively destroying air targets that threaten missiles.

It took roughly three years from the moment President Putin announced that Russia had developed such a weapon to the creation of the first unit of combat lasers. During this time, presumably, the designers managed to create a whole family of laser installations. And not necessarily land-based.

At least the US Navy periodically reports on experimental models of naval lasers, as well as air-based laser systems. It is quite possible that we already have such or will soon appear.

So the dispute – which is cooler a laser or a rocket – has already passed into the practical plane. 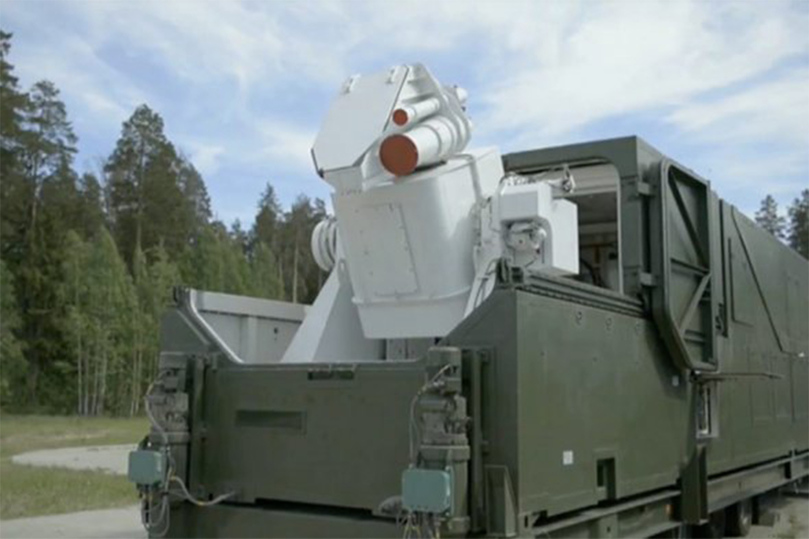 Laser complex “Peresvet” (photo from the Address of the President of the Russian Federation to the Federal Assembly, March 1, 2018).

Today, radio communication remains the main means of communication among the troops. But she does not stand still. There is a transition from the “point-to-point” system to the “subscriber – base station – subscriber” system. Its use allows you to transmit much more information than a radio signal in the range of short or ultra-short waves (HF and VHF).

Satellite communications are actively used, and, moreover, not only for communication with high command, as it was before, but also for the exchange of data with troops, crews of armored vehicles on enemy territory, to control the same drones.

Virtual or augmented reality technologies (VR and AR) are increasingly being introduced in systems for command and control of troops and weapons, target designation, guidance, navigation. Devices are being developed that output data on the combat situation directly to the fighter's glasses. For example, they can broadcast an image of enemy troops located behind a hill, other operational information.

If we hear the phrase “virtual reality” somewhere, then, first of all, computer games come to mind. Lovers may remember about 4D or 5D in the movies. And this is no coincidence. The fact is that the first practical attempt to create an apparatus that would imitate reality was the Sensorama cinema booth, patented in 1962 in the United States. It was equipped with a vibration chair, surround sound, a stereoscopic screen, and could even simulate wind, rain and smells. But due to the questionable user experience, cumbersomeness and high cost, the technology was not developed further.

Nevertheless, the very idea of ​​a device that would immerse a person in conditions indistinguishable from reality continued to live. In 1979, the first VR helmet appeared, which was close in functionality to modern models. This is VITAL, an aviation simulator that tracks the user's head and eye movements. The image was generated by a computer and projected onto CRT displays built into the helmet's goggles. Also included were a microphone and headphones for communicating with the operator.

In the 21st century, VR/AR technology is used all over the world to train soldiers. The main areas of application are imitation of real military equipment for training pilots, drivers and technicians, training in actions in combat conditions, training recruits, training medical personnel to behave in stressful situations and simulating operations with the participation of different types of troops.

Virtual or augmented reality is used everywhere, from a skydiving simulator to a full-fledged war simulator.

The advantages of using VR/AR include its low cost, compared to real combat training and practice shooting. That is, it is easier to put a future pilot on a simulator than to conduct training flights with it, which require versatile logistical support.

Experts usually attribute the lack of development of tactile memory to the disadvantages of technology, which is important for pilots if the simulator is not provides for the reproduction of the instrument panel of a specific aircraft. 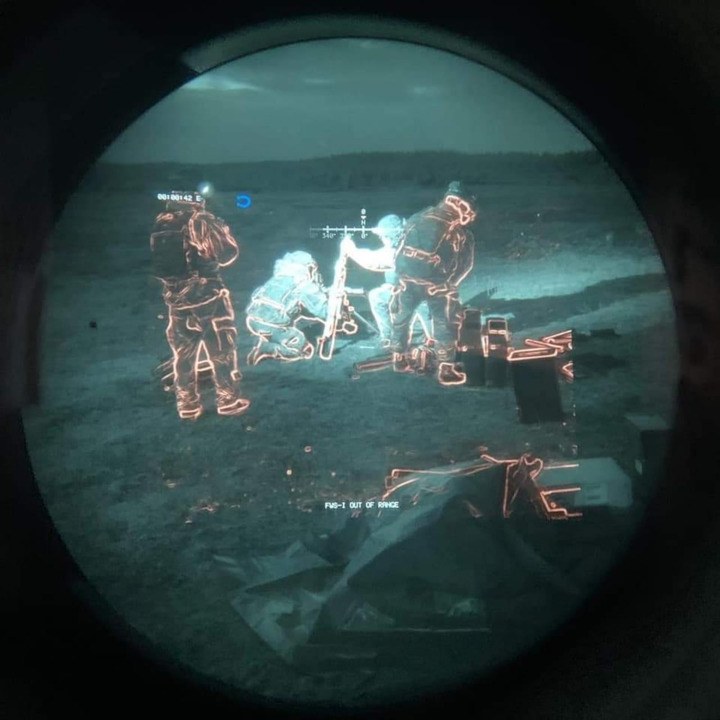 Perhaps, it should be said right away that not a single country in the world has it yet. If we understand AI as an analogue of human intelligence. Therefore, we are usually talking about artificial neural networks – ANNs. They are composed of many digital computational elements. Their main difference from conventional computational algorithms is the ability, on the basis of already available, often incomplete, data to draw sufficiently correct conclusions on the task at hand.

Each time, the result becomes better, that is, the network learns. This ANN property – machine learning – determines a wide range of tasks to be performed.

Thanks to AI, it became possible to detect the desired objects at sea and on land and track their movements, draw a map of the area and assess the operational situation without human intervention. ANNs are capable of forging photos, videos and other information, so that it is almost impossible to distinguish it from a man-made one. Also, ANN can be used in electronic warfare and planning of military operations from a single command center.

It may seem that this is not enough, but, like almost any other technology, the use of AI in the long term is fraught with considerable risks. Because if the machines or devices under his leadership learn to make independent decisions, the question will immediately arise: will the “matrix” decide, for example, to deliver a nuclear strike against the enemy, if it seems to him beneficial in a purely strategic sense? For this reason, the final decision remains and is likely to remain with the person.