The first weekend of September saw us at End Of The Road. Situated in Larmer Tree Gardens, Dorset which is the most chilled of all the summer festivals restored to its usual eclectic mix of Americana and left field indie after 2021’s absence of overseas acts, due to the pandemic, saw mainly British acts fill the line up. 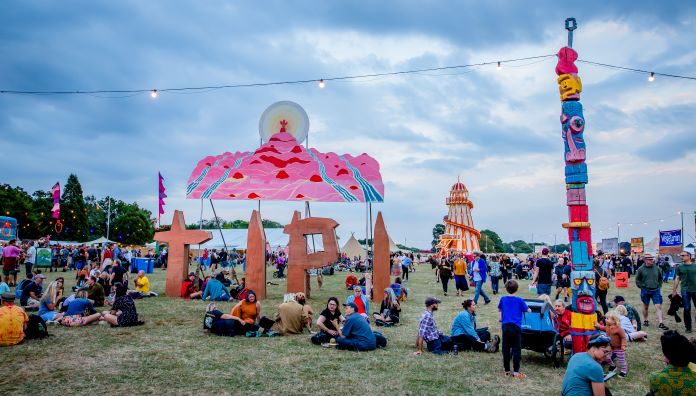 No burning tents here, though, the Tipi tent had to be evacuated for safety’s sake because of a late-night thunderstorm on the Sunday night delaying Yard Act’s set by 50 minutes. 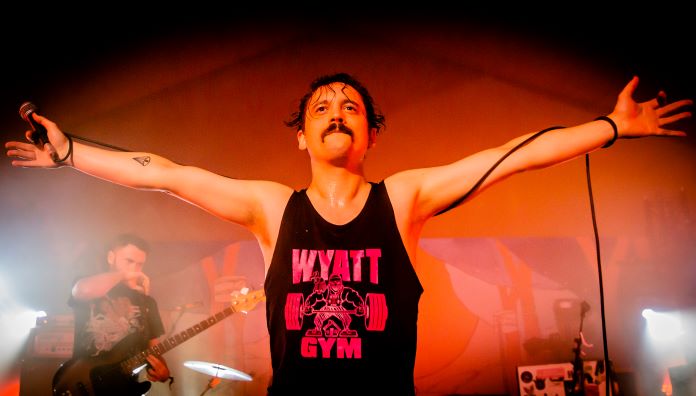 The fun started on Thursday night with a storming set by Sudan Archives. She prowled the stage, delivering her R&B/rap/Afro fusion with a sexually charged energy. “This is a song about titties” she screamed when introducing “NBPQ”. She even, bravely, gave us her version of an Irish reel. Khruangbin headlined the Woods Stage, their glissando guitar driven lounge rock accompanied by glitzy costumes, lush hair, and manicured stage walks better suited to a warm Sunday afternoon. So off to Pigs Pigs Pigs Pigs Pigs Pigs Pigs for some heavy rock to finish off the night in the Tipi Tent along with Sudan Archives who snuck into the mosh pit for “GNT”, “Rubbernecker” and other metal faves. There’s something for everyone at End Of The Road. 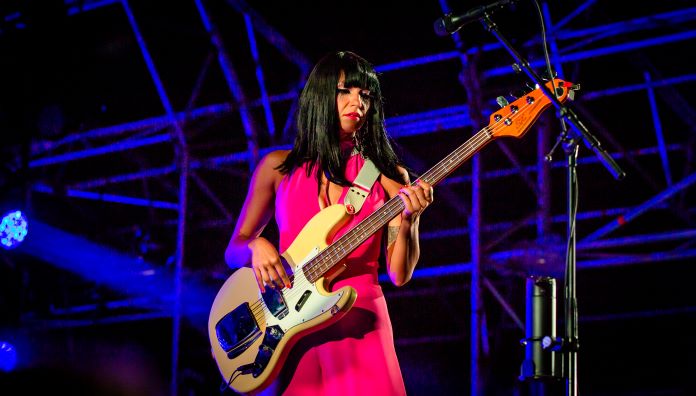 KEG kicked off Friday in the Big Top Tent though their usual late-night mayhem was tempered by a half past one start. From “Heyshaw” to “Breaking Rock” they showed why they’re one of the most exciting new live bands around. There’s a trombone in KEG and a saxophone in Party Dozen playing at the new Boat Stage, in the Effing Forest. The duo from Sydney, Australia created a rip roaring blast of sound in the woods. Kirsty Tickle on sax bouncing around the stage and on her pedals. Another great find End Of The Road, you beauties. 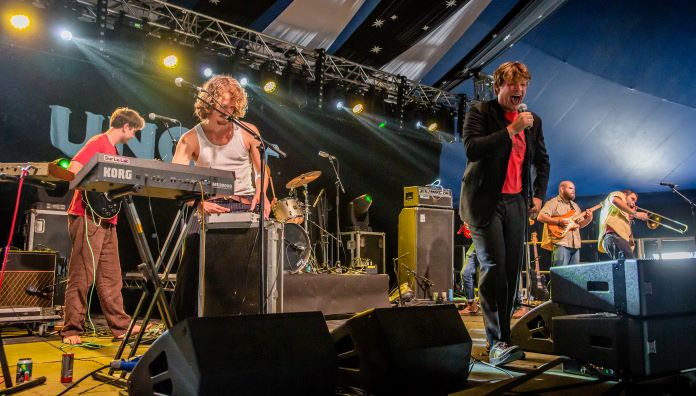 Via Wu-Lu in the Big Top, and Durand Jones & The Indications on the Woods Stage we ended up at Tinariwen and the electric sound of the Sahara. They soon had the large crowd swaying and clapping along to African guitar driven blues known as “assouf”. One of the highlights of the weekend. Audiobooks finished us off in the Tipi having the whole tent bouncing to pounding synth driven beats from David and Evangeline who both looked like they were enjoying it immensely. 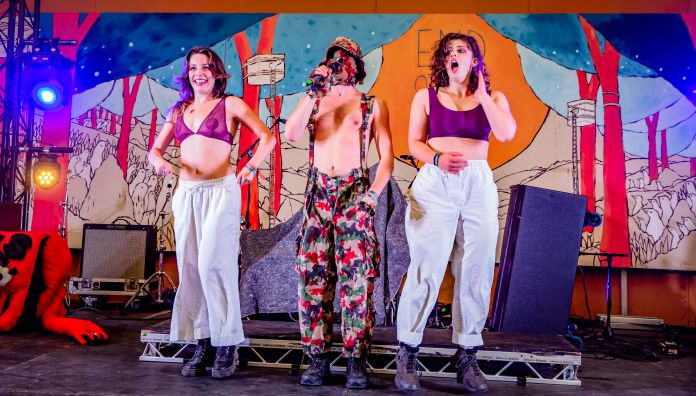 Saturday and the “Take A Chance” board, by the Tea Bus, told us we should “Disco” so after a pumping Tangerine Dream style set from Warrington-Runcorn New Town Development Plan (Gordon Chapman-Fox), we went to sweat with The Umlauts, like a disco Kraftwerk, they gave us pulsating bangers such as “Energy Plan” and “Boiler Suits”. The disco theme for the day continued with Lynks in the Tipi tent and a special guest appearance by Grove. 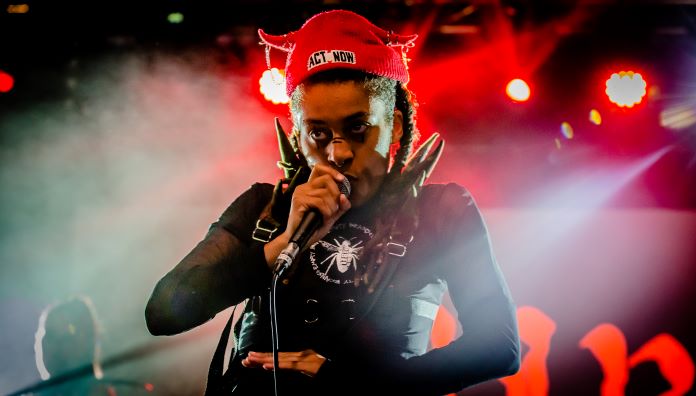 It’s hard to believe that Perfume Genius has been around for over 13 years and started playing solo on an electric piano. He put on the most powerful and theatrical performance of the weekend on the Main Stage. Loud, quiet, thoughtful, and strident throughout the set and finished with “Queen” so the crowd could all join in. No Pixies for us we were more interested to see Bristol based artist Grove, again, in a swirling red mist that seemed entirely in keeping with their head banging dancehall rave tunes they had the late night crowd entranced. “Sticky”!! Yes, we were. 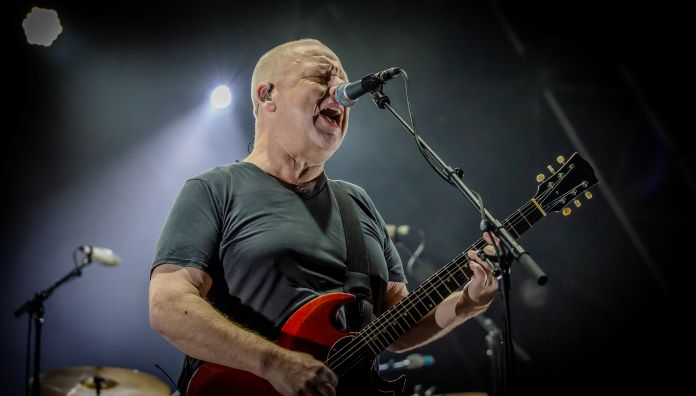 A lovely time can be had late a night chatting to others around the large bonfire, and that’s how we finished the night. End Of The Road always feels like a safe environment full of proper music lovers. 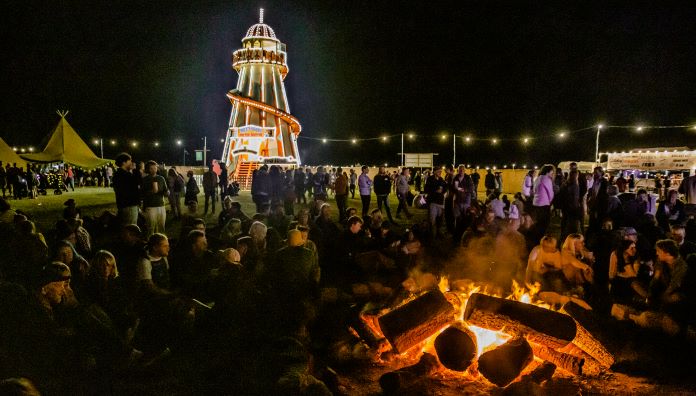 Sunday is known as a quiet day but that didn’t last for long as deathcrash provided an early wake up call. Think of a young version of Mogwai. Delicate songs building from quiet beginnings to a cataclysmic conclusion. 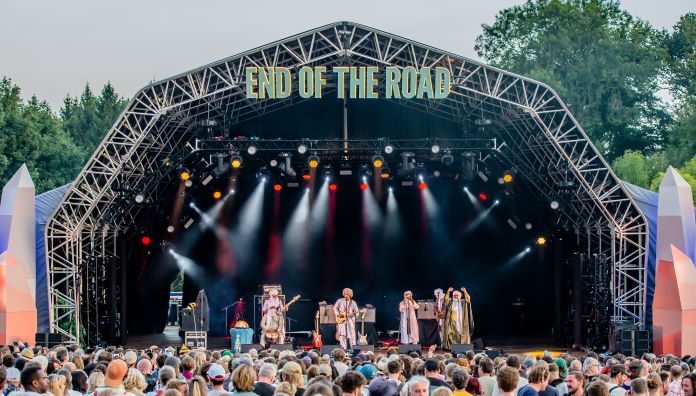 A reflective day followed helped by some excellent giant onion bhajis and Persian style kebabs, so The Lounge Society, Willie J Healey and Hurray For The Riff Raff were appreciated at a distance.

Kurt Vile however is a Dude and he needs to be seen up close so it was down the front for our last set of the day before a 200 mile drive home. Kurt never disappoints, he’s a slacker Neil Young with some classy tunes. From “Backasswards” via “Loading Zones” to “Pretty Pimpin’” we were treated to a master class in being laid back and then we had to head back. After perfect weather all weekend the thunderstorm started as we left the car park. Magic !! 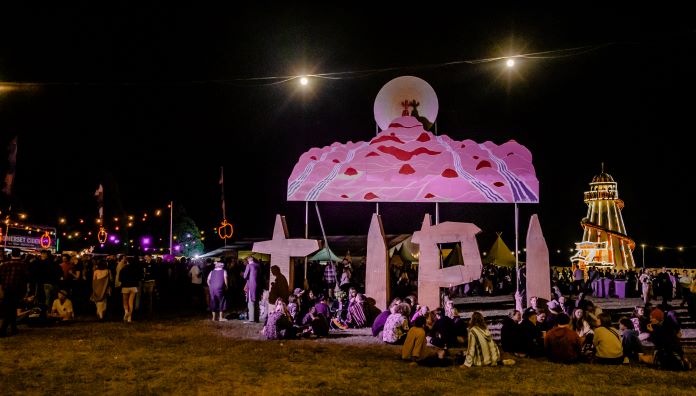 End Of The Road, we’ll be back next year!