Elvis Costello & The Imposters have announced a live edition of their most recent album, The Boy Named If, which will be out on November 25. The live edition will feature live studio recordings of tracks from the album in addition to a new version of Costello’s “Every Day I Write the Book” and covers of songs by The Rolling Stones, Nick Lowe, The Byrds, and Paul McCartney. Costello has also shared a remix of the album’s “Magnificent Hurt” by Japanese duo chelmico. Listen to the remix and view the album’s tracklist/cover art below.

In a press release, chelmico state: “Can’t believe we did a collab with Elvis Costello & The Imposters!! Who knew this could happen in real life!? When we were talking on a Zoom call, Elvis said we can do whatever we want so we just did! Please enjoy our interpretation of the world of ‘Magnificent Hurt.’ The beat by Ryo Takahashi is just perfection! We’re all HAPPY that Elvis is happy with the track!”

The Boy Named If was released in January via EMI/Capitol.

The Boy Named If (Alive at Memphis Magnetic) Tracklist:

1. Magnificent Hurt (Costello)
2. Truth Drug (Nick Lowe)
3. Penelope Halfpenny (Costello)
4. So You Want To Be A Rock & Roll Star (McGuinn/Hillman)
5. What If I Can’t Give You Anything But Love? (Costello)
6. The Boy Named If (Costello)
7. Let Me Roll It (Paul McCartney/Linda McCartney)
8. Every Day I Write The Book (Costello)
9. Out Of Time (Jagger/Richards)
10. Here, There and Everywhere (McCartney)
11. Magnificent Hurt remix (Costello/chelmico) 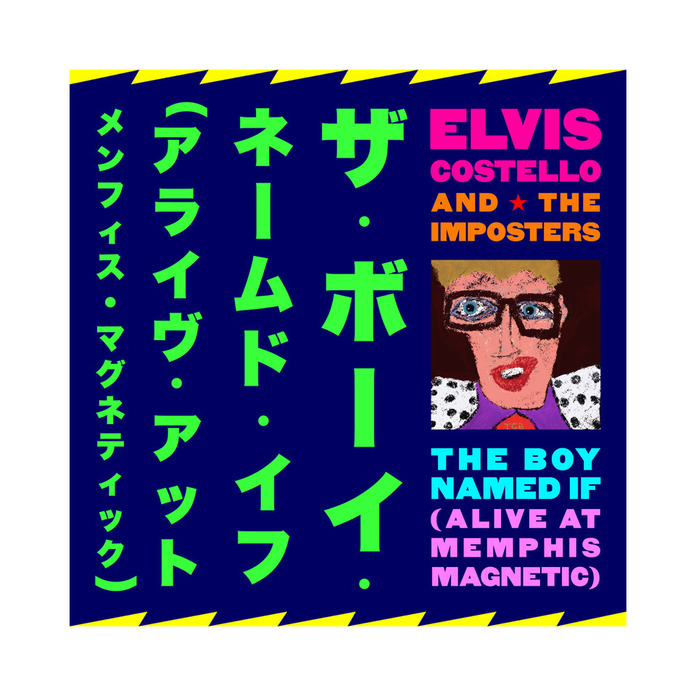