The concept of what makes a family orientated music and arts festival has developed somewhat in recent years. Nevertheless, its this small caveat that makes Deer Shed stand out from the crowd. Situated in the picturesque confines of Baldersby Park in the North Yorkshire village of Topcliffe just outside of Thirsk. Overlooked by an 18th century Georgian mansion, its estate spaciously surrounded by fields and a boating lake at its centre, Baldersby Park is an idyllic setting for an event that prides itself on being so much more than your average music festival.

Now in its 12th year having first opened its doors in 2010, this year’s event saw Deer Shed’s capacity return to 10,000 having been forced to cut its numbers considerably for the past two years due to the Covid-19 pandemic. However, the success of those two stripped down “Base Camp” editions ensured this one would be extra special and bring with it several new additions to the festival. Not least by way of the Feral Farm. Whoever thought of the genius idea of placing several dozen bales of straw and a similar number of plastic barrels in a field for children of all ages to then run riot for three days should be commended, as our five-year-old son had the time of his life (and made countless new friends!) running round the aforementioned Feral Farm all weekend. Also, the range of activities aimed at the younger audience far outweighs any other event Under the Radar has ever visited. Whether it be wand making, crafting rings out of copper, designing guitars from cardboard, dance classes, kayaking, den making or soft play gymnastics it was impossible for any child to get bored.

Furthermore, the selection of locally produced food and drink at affordable prices also deserves a mention, not least the attention to detail from vendors and bar staff regarding allergies or gluten/vegan friendly produce that was on offer. What’s more, nothing was too far in spite of Baldersby Park’s spacious confines making this a thoroughly pleasant and enjoyable experience, even when the inevitable downpour of torrential rain threatened to render Saturday a washout. Bathed in glorious sunshine the rest of the weekend, Deer Shed delivered impeccably on every level. Following on from its regular themes – this year’s was Pocket Planet meaning the Science Tent at the festival’s epicentre had numerous exhibitions and workshops such as a celebration of unused drum machines and oscillator synth building.

Add all of the above to a stellar line-up across its music, comedy and spoken word stages and you have all the makings for a pretty much perfect event, of which Deer Shed didn’t disappoint. Both Self Esteem’s and Yard Act‘s nominations for this year’s Mercury Prize earlier in the week gave the bill an extra impetus and understandably, the latter’s Friday teatime slot on the main stage was one of Deer Shed’s busiest attendances of the weekend. Having spent the majority of 2022 on the road honing their craft, Yard Act’s live show is now undoubtedly among the finest there is anywhere to be seen. James Smith is a diminutive presence that delivers the likes of “Dark Days” and “Payday” in impeccable fashion before handing over to 12-year-old audience lookalike Isaac for a closing rendition of “The Overload”. 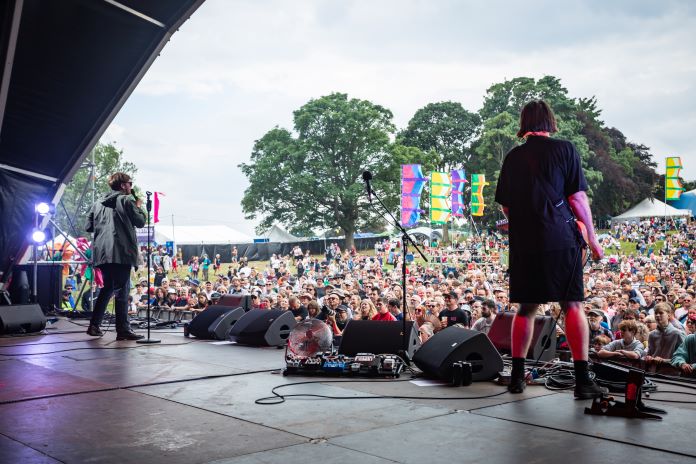 Similarly, Bleach Lab have also grown in stature over the past twelve months, as new songs like “Take It Slow” rub shoulders intently with the more familiar likes of “Old Ways” and “Real Thing”. Their breezy, shimmering dreampop proving a delight on this balmy summer’s evening. Over on the In The Dock Stage – situated inside a large big top – Snapped Ankles continue their ascension towards being one of the most popular bands on the festival circuit. Largely due to their irreverent yet likeably danceable psych pop while also beguiling the many youngsters in attendance (ours included) with their visuals and jaw droppingly outlandish stage costumes. At one point, the moshpit appears to consist entirely of parents whose kids wait patiently around the sides of the tent before cautiously joining them for a boogie. It’s that infectious.

As night falls and with it, so do the first drops of rain, Nadine Shah makes a welcome return to Deer Shed having last played here in 2018. Playing what is her first ever festival headline show, Shah is in fine form throughout her career spanning set. Despatching fan favourites “Holiday Destination” and “Kitchen Sink” early on might have been a bold move, but with the audience firmly in the palm of her hands and a determination to play the greatest show of her life to date, Shah does just that culminating in pulsating renditions of “Fool” and “Out The Way” at its climax.

London experimental four-piece deathcrash kickstart Saturday into life. Their potent mix of slowcore, shoegaze and post-rock conjuring up images of Low, Mogwai and Galaxie 500 at various points while ultimately ensuring no one lives the In The Dock Stage at any point throughout their epic forty minutes set. Debut album Return is undoubtedly one of 2022’s finest that will almost certainly be among the plaudits when the year draws to a close, and their live show comes highly recommended too based on this performance.

Elsewhere, both CMAT and Bess Atwell draw large crowds on the Main and Lodge stages respectively. The former’s alt country proving popular with the masses despite the elements while the latter’s delectable folk pop more than makes for the adverse weather outdoors. A few drops of rain aren’t going to deter arguably the biggest crowd of the weekend from turning up to see Self Esteem and Rebecca Lucy Taylor makes the most of such adoration, delighting those out front with every passing syllable and dance routine. Playing a set consisting largely of material from the Mercury nominated Prioritise Pleasure, her performance feels like a celebration of sorts that becomes a joint exercise in mutual admiration as Taylor takes time to meet, greet and pose for selfies with several younger members of the audience at the end. 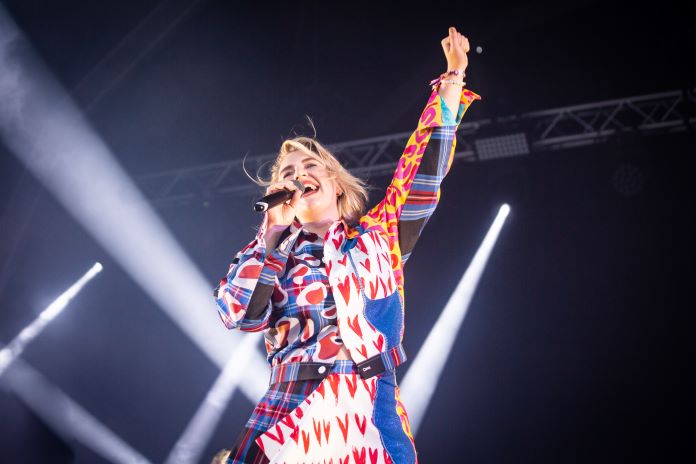 As the second day draws to a close, its left to experimental post-everything septet KEG to create mayhem on the Lodge stage, their incendiary mix of punk, funk and soul causing limbs to flail out front with wilful abandon. Crowd surfers come and go throughout their thirteen songs set while the likes of “Kids”, “Sing Again” and “Porpoise” regale the spirit of Talking Heads, LCD Soundsystem and Searching For The Young Soul Rebels era Dexys respectively. Their elegant mash of sounds and styles provides the perfect ending to another glorious day of sonic delights.

There’s an unholy racket building in the big top (In The Dock stage) courtesy of Leeds art punks Treeboy & Arc. While unashamedly winning the award for loudest band of the weekend, their incisive stabs of visceral post-punk coupled with an uncanny knack for delivering an insatiable tune or three makes them one of the finds of the weekend. Bearing in mind they’re still relatively unknown outside of their native Yorkshire, despite having been on the circuit for a number of years.

Welsh trio The Bug Club are also a revelation. Not that it should come as a surprise to anyone that’s seen or heard their bluesy, indiepop ditties previously. Playing a vastly shortened set by their usual standards, the trio still find time to cram in fourteen numbers including a couple of new songs off forthcoming second album Green Dream In F#. York quintet Bull also pack the rafters on the intimate Acorn stage with their Flaming Lips-meets-REM feelgood tunes that reach an attainable high as word spread of the England Lionesses’ World Cup victory leading to an impromptu rendition of “Three Lions” midset.

Over yonder, there’s Stewart Lee sat chatting to The Lovely Eggs while football referee Jon Moss (also of The Vinyl Whistle record emporium in Headingley) can be seen bopping along intently at the side of the stage to many of the acts over the course of the weekend. New acquaintances lead to friendships and as Sunday turns into Monday, Under the Radar are sad to be leaving one of the most heart warming festivals we’ve ever experienced. It goes without saying we’ll be back next year. Deer Shed take a bow. 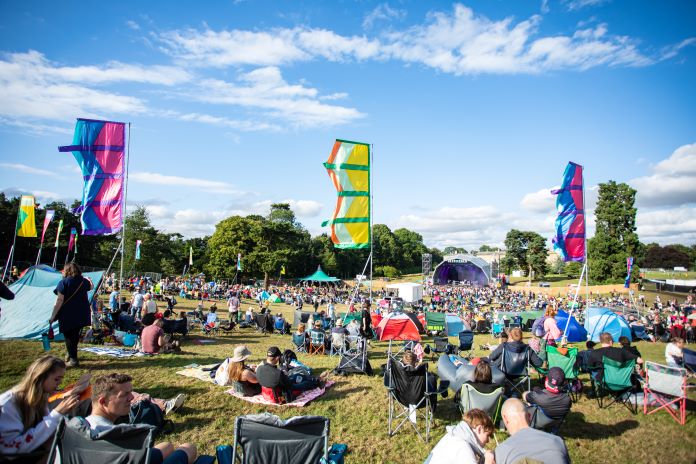