Dave Okumu, singer/guitarist with London three-piece The Invisible, has announced the release of a new album, I Came From Love, which will be out on April 14, 2023 via Transgressive. Okumu has also shared a new single from the album, “Blood Ah Go Run.” Listen to the new single and view the album’s tracklist/cover art below.

Okumu elaborates on the new album in a press release: “The narrative of this record emerged in tandem with the origin of its musical journey, through a rumination on survival, ancestry and heritage. The account of the young west African girl who was transported to South Carolina in 1756 and sold to the slave owner Elias Ball and the subsequent unearthing and presentation of her story to her descendants became an emblematic framework for these songs, opening doors to many aspects of the diasporic experience. The music stands in loving defiance of any forces that would seek to disconnect us from our collective history. As I consciously stand before my ancestors through the medium of this sound world, I proclaim that ‘You survived so I might live.’”

He adds, regarding the single: “Living in an area as culturally rich and diverse as southeast London, I feel touched by an atmosphere of transcendence forged through a particular type of adversity. When you walk the streets and so many cultures are represented within a community, it’s difficult not to ask the questions ‘how did these people get here and what have their ancestors passed through so that I can have the life I am experiencing now?’ The story of the New Cross Fire and the subsequent response from different factions of society is one such trial, embodying a process which came to shape a significant element of the discourse around race relations in this country. Living in this part of London, I want to remember and honor those who lost their lives in that fire as their sacrifice, along with many others, feeds directly into my experience of this world.”

Okumu’s previous solo album, Knopperz, came out in 2021 via Transgressive.

I Came From Love Tracklist: 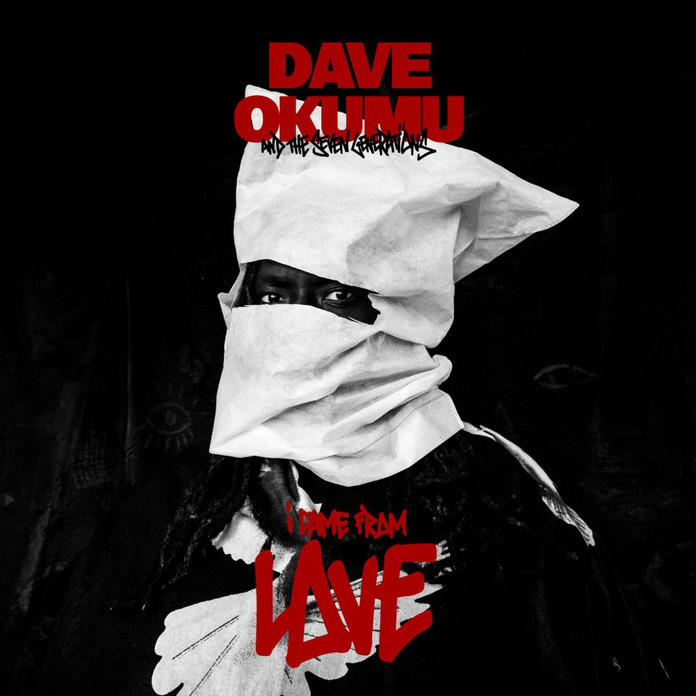