Riots continue in Kazakhstan – over three hundred people have suffered and 13 security officials have been killed, the center of Almaty has been destroyed. Representatives of the Collective Rapid Reaction Forces of the CSTO, including Russian paratroopers, flew to the republic at the request of President Tokayev. A military expert, editor-in-chief of the National Defense publication Igor Korotchenko spoke about this unprecedented peacekeeping operation. 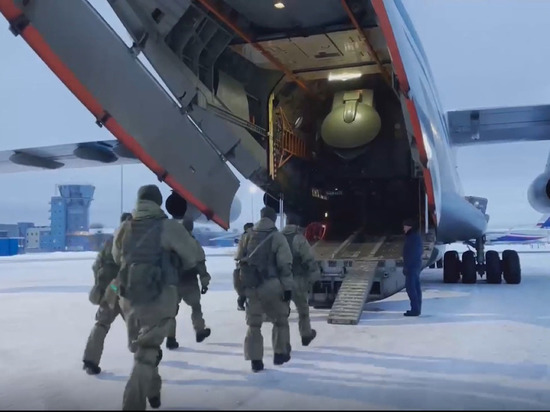 To stabilize the situation in Kazakhstan, the Collective Rapid Reaction Force (CRRF) of the Collective Security Treaty Organization (CSTO) will be involved. This decision was made by the leadership of the member countries of the organization, whose members are Armenia, Belarus, Russia, Kyrgyzstan, Tajikistan and Kazakhstan.

“This is the first and, perhaps, the only case of such use of the mandate of the CSTO forces,” said Igor Korotchenko, “Since what Kazakhstan is facing is an unprecedented threat to the sovereignty and security of a CSTO member country. In this capacity, the CSTO mandate is being used here for the first time since the organization's existence.

The adoption of such a decision was obviously preceded by closed consultations. But it was approved by the leaders of the CSTO member states quickly enough and is now underway.

– It turns out that earlier in similar cases these forces were not used?

– There were simply no similar cases.

– But what about the recent situation in Belarus?

– The situation in Belarus was more localized, and there Minsk was able to cope on its own. In Kazakhstan, there is a much larger attempted coup d'etat.

– The CSTO Charter provides for the protection of the member states of this organization from an external enemy. And here, at first glance, there are internal events caused by the rise in prices for gasoline, liquefied gas …

– In fact, at the same time, well-organized riots that flared up in different parts of the country simultaneously cannot be accidental. This suggests that outside forces are behind the events.

The President of Kazakhstan said that in fact there is a battle with illegal armed groups. An attempt was made to seize the international airport in Almaty. Moreover, it turned out to be successful on the part of destructive elements. A number of government buildings were captured. In this case, we can already say that the shock troops of the militants were trained. Therefore, in this case, the events were qualified as external aggression, as stated by the President of Kazakhstan at a meeting with the participation of security officials. And the mandate of the CSTO provides for assistance in the event of external aggression and terrorist attacks. So there are no differences with the CSTO charter.

– What tasks will the CSTO forces perform in Kazakhstan first of all?

– The main task is to stabilize the situation. The very fact of the introduction of the CSTO forces will allow Kazakhstani colleagues to independently and quickly take a number of necessary measures. The provision of such military assistance will give confidence to the Kazakh leadership and, we hope, will help stabilize the situation in the country.

– What does “the very fact of commissioning” mean? Will the CRRF forces come there, will they just stand there, not participating in anything?

– So far we do not know exactly how everything will be carried out, if only because this is the first case of the use of such forces. Well, I repeat: their main task is to stabilize the situation, as well as to protect the country's most important facilities.

– It is already known that Russian paratroopers from the 76th Airborne Division, a company of the 45th Airborne Special Forces Brigade, and the soldiers of the 2nd and 24th Special Forces Brigades of the Central Military District are also in a state of high alert. In Kubinka and Chkalovsky, air groups are formed from cargo and passenger aircraft, ready to deliver special forces to Kazakhstan. What weapons can these special forces units take with them? What weapons can they use?

– This will be the standard armament of airborne troops and special forces, including airborne combat vehicles and armored vehicles. There might even be some kind of helicopter support force. We cannot exclude the use, if necessary, of the aviation component. But, I repeat, as long as we are not talking about participation directly in hostilities. Still, relying on the very fact of providing military assistance, the leadership of Kazakhstan will certainly be able to independently make all the necessary decisions and carry out disarmament, blocking and, if necessary, destruction of these illegal armed groups.

– That is, you think that Will the CSTO forces have to shoot?

– We must be ready for any scenario of the development of the situation. If necessary, the standard set of weapons of the CRRF forces also allows the use of firepower. But I think that the Kazakh security forces are still able to cope with the situation on their own. Our task is to be present and, if necessary, provide assistance.

– You say that the Kazakhstani security forces will cope on their own. But before that, they did not cope, allowing the creation of such a number of armed bandit formations in their country. That is, the operational and intelligence work was unsatisfactory if the scale of the preparation of such events was unexpected for them?

– The fact that in the current situation the President of Kazakhstan Tokayev took over the functions of the chairman of the country's Security Council, which was previously performed by Nursultan Nazarbayev, and also changed the leadership of the National Security Committee – this is absolutely logical and the only correct decision in the situation faced by the republic .

REFERENCE “MK”: The CSTO is a military-political union of several Eurasian states (at different times there were from 6 to 9) in the post-Soviet space, created in May 1992. From the very beginning, the CSTO was not officially considered by its members as a single military bloc, although in 2009 the Collective Rapid Reaction Force was created in the CSTO. The current composition of the CSTO member countries: Armenia, Kazakhstan, Kyrgyzstan, Russia, Tajikistan, Belarus. Observer State: Serbia. The states that have suspended membership in the CSTO: Azerbaijan, Georgia, Uzbekistan.

Read our online broadcast “Riots and Protests in Kazakhstan.”

A video of Russian paratroopers' departure to Kazakhstan has been published