When asked how he is, Crows frontman James Cox says he’s always happy. That’s a bold statement from the singer of a band that’s grafted for 10 years just to get where they are today. Maybe that’s what happens though after you’ve put out one of the best records of the year and are fresh off the plane from your latest US tour.

For one of the UK’s finest post-punk outfits, Cox has the strikingly normal look of a friendly desk sergeant who’d help an old aged pensioner search for a missing wedding ring. That said, he might not be punching any walls these days but the singer still maintains an intense presence that sees him veering between wild-eyed stares and vigorous head shakes. 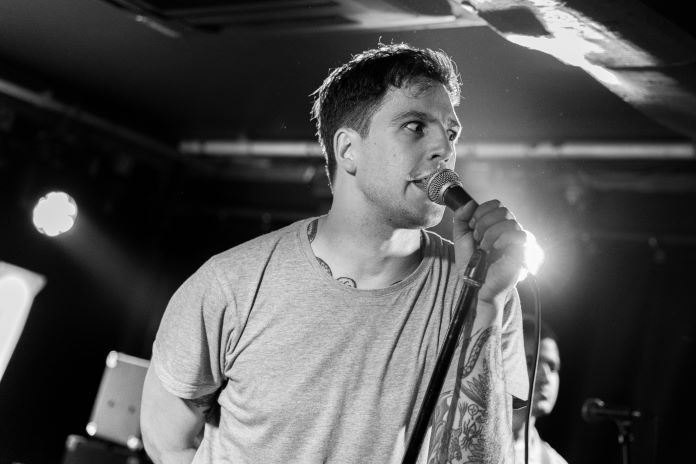 Kicking off with the low growl of “Silver Tongues”, Crows then unleash a glorious triptych of “Garden of England”, “Slowly Separate” and “Only Time”. Cox prowls along the narrow crush barrier, hanging off the low beam inches above his head while guitarist Steve Goddard builds a ferocious wall of guitars soaked in fuzz and delay. Somehow, he still manages to look remarkably composed given anyone else making such a glorious roar would surely be tempted to pull at least a few guitar-hero shapes.

Equally, bassist Jith Amarasinghe is a vision of serenity as he serves up a constant dose of low end that oozes into the relentless powerhouse drumming of Sam Lister. 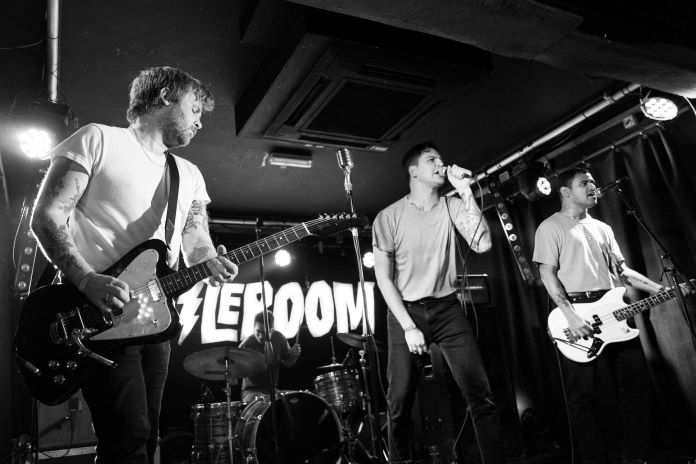 There’s so much more to Crows than just visceral noise though. “Healing” and “Room 156” are cases in point as they build icy menace that explodes into full throttle intensity like a mixture of Joy Division and the band’s kindred spirits, Idles.

On a wet Sunday night in the Surrey commuter belt, this might not be the most raucous gig Crows will ever play. But it doesn’t stop them proving they’ve got a collection of belting anthems that finally looks like getting them the recognition they deserve. 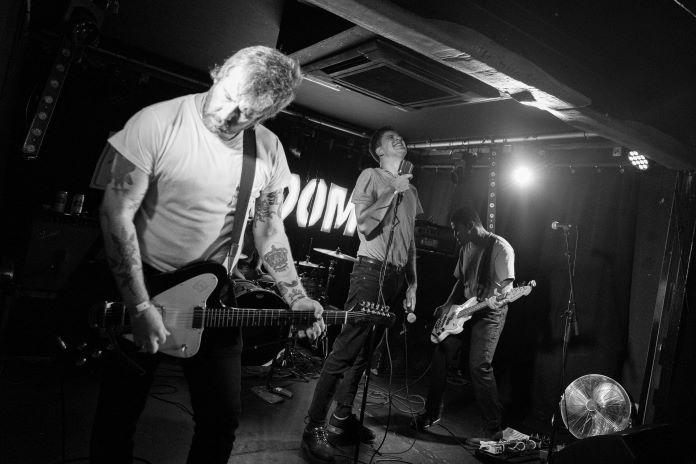