Over the duration of the pandemic and subsequent lockdowns, it became easy to forget what a powerful life-enhancing experience live music is. That sense of community and the connection with a band and its audience is something you simply can’t replicate via a live stream. Personally, nothing can quite match the visceral thrill of seeing new emerging bands playing small venues and proving that there is plenty of substance behind the online hype. And tonight’s show in a small basement of Liverpool bar featured two hotly tipped bands who I’ve been (im)patiently waiting to finally catch live for months. 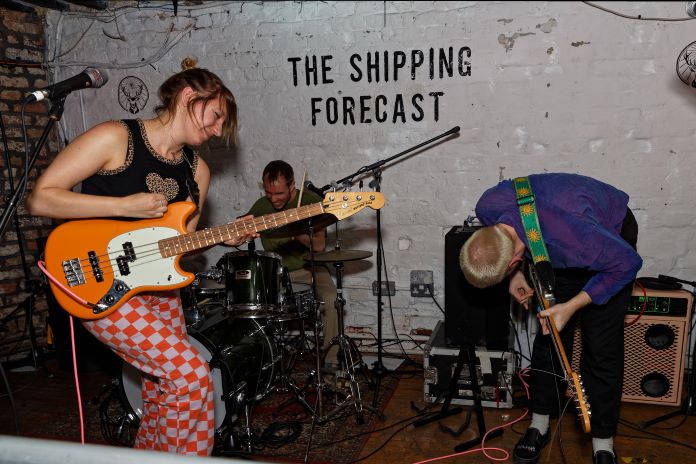 First up was Edinburgh’s Swim School, (read our interview HERE) who spent much of Lockdown honing their sound and emerging with a much heavier shoegaze influenced sound which they recently showcased on their stunning self released debut EP making sense of it all. They genuinely don’t disappoint in the live setting producing a sound more suited to coliseums or cathedrals (sonic ones perhaps?) than a small subterranean cellar in Liverpool. They energetically glide through a set consisting of the entire debut EP plus a couple of earlier jangle-pop tunes in the shape of “Sway” and “Too Young To Know,” which have been given the heavier Swim School V.2 treatment ensuring they pack even more of a punch. One of the highlights of the set is the towering “Let Me Inside Your Head” which reverberates around the venue with a wall-shaking intensity. 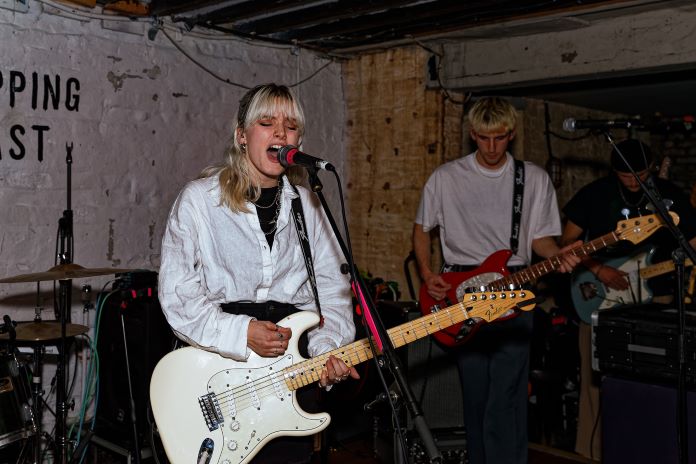 Singer and guitarist Alice Johnson may present as softly spoken during her engaging between song chats with the audience but when the music kicks in she’s really in her element putting her all into each song. As of course does the entire band who produce an intense passionate performance whilst invoking wonderful all-encompassing walls of noise, distortion and melody allied to soaring pop hooks. Swim School have so much potential and it’s remarkable that, at the time of writing, they remain unsigned, a situation which I’m sure will be remedied in the near future. 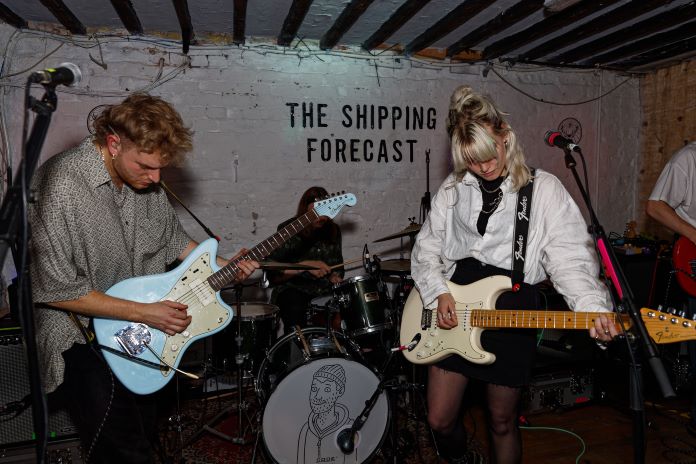 Coach Party have been on my radar since mid-2019 BC (Before COVID) after being snapped up by the always astute Chess Club Records and releasing their frenetic garage-grunge pop debut “Oh Lola.” Their fifteen song set is perfectly judged showing their love for visceral grunge-pop as well as their more reflective side. Impressively they even manage to throw in a very deft take on a Nirvana/ Lizzo mash-up “Bloom / Love Hurts”. Of course, it’s the band’s self-penned songs that are the real stars of the set from lyrically self-loathing yet conversely sonically euphoric “Everybody Hates Me” to the swirling lachrymose widescreen drama of “I’m Sad” to the frenetic energy of “Can’t Talk Won’t Talk” the band certainly know how to craft a tune. Then there’s their latest offering, the blistering and timely “FLAG ( Feels Like A Girl)” which tackles misogyny, exploitation and manipulation whilst saying enough is enough. As frontwoman Jess Eastwood explains “it’s a song for those who know what it’s like to feel unsafe, objectified or hurt by someone” before requesting maybe we should all be a little kinder to each other. Amen to that. This is Coach Party’s last gig of their headline tour for a couple of weeks as they’ve had to postpone dates after being offered a support slot with Sea Girls. This will see them play bigger venues to a wider audience giving them the opportunity to win over the new fans and on this evidence it will certainly be very well deserved. A fantastic night, live music we certainly have missed you! 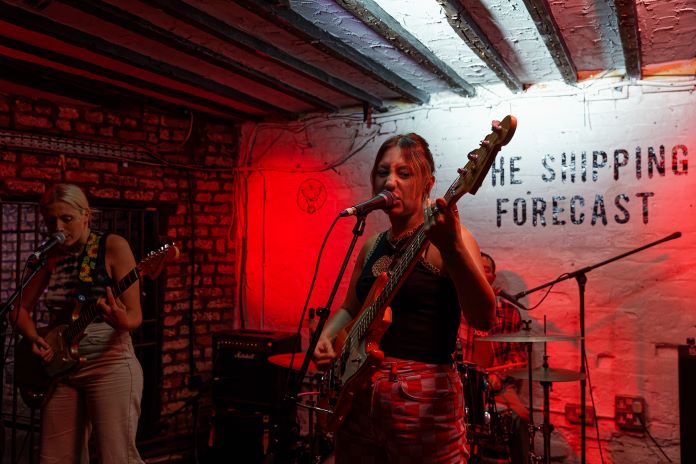