Liverpool post-punks Clinic have shared a new song, “Fine Dining,” via a video for the song. The band have also announced some new UK tour dates, which are their first dates in nine years.

Clinic seem like a band well suited for the pandemic, only in that they have long worn hospital facemasks in their press photos and live performances. But it seems as though things have changed a bit over the course of COVID-19 and the quartet is now a duo, with Ade Blackburn and Jonathan Hartley listed as members in the press release, but no mention of Brian Campbell or Carl Turney. The lineup had remained the same since the band’s 1997 formation, until now. And in the new press photo, only one member is wearing a facemask, with the other in a gasmask.

In a press release, Clinic collectively had this to say about the new song: “Fine Dining is a slice of dancefloor fun, combining the band’s love of the exotic and having a good time.”

Clinic’s last album was 2019’s Wheeltappers and Shunters, which was their first new album in seven years.

Read our 2019 interview with Clinic. 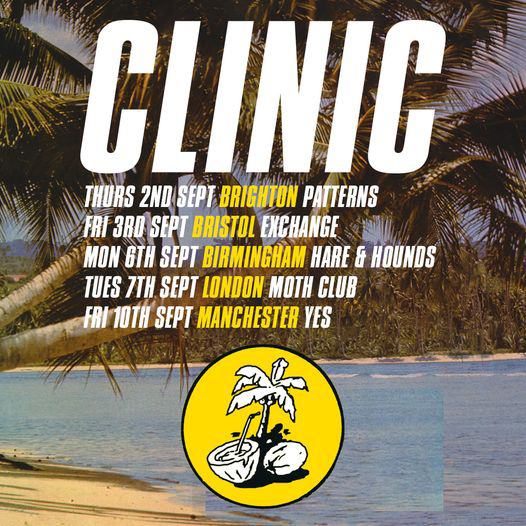