Kevin Drew of Broken Social Scene has announced a new instrumental album under the name K.D.A.P., titled Influences, and shared its first single, opening track “The Slinfold Loop.” Influences is due out July 16 via Arts & Crafts. Listen to “The Slinfold Loop” below, followed by the album’s tracklist and cover art.

Drew had this to say about “The Slinfold Loop” in a press release: “We live in a society that’s based on selling yourself back to yourself. It’s created an underground battle to constantly be searching for ‘true identity’. We wanted to create a video presentation that promotes exploring over searching and brings the mystical slide-show of never ending opinion to the forefront of this battle. We used available footage from the World Wide Web from other artists and cut together a blender of images to tell a love story about continuing to move forward amongst the never ending information of how one is supposed to live.”

K.D.A.P. stands for Kevin Drew a Picture. Drew wrote the songs while under lockdown in London during the pandemic and then finished the album upon his return to Toronto. A press release cites Brian Eno’s ambient works, Ennio Morricone soundtracks, Chicago post-rock, and early Warp Records as reference points. 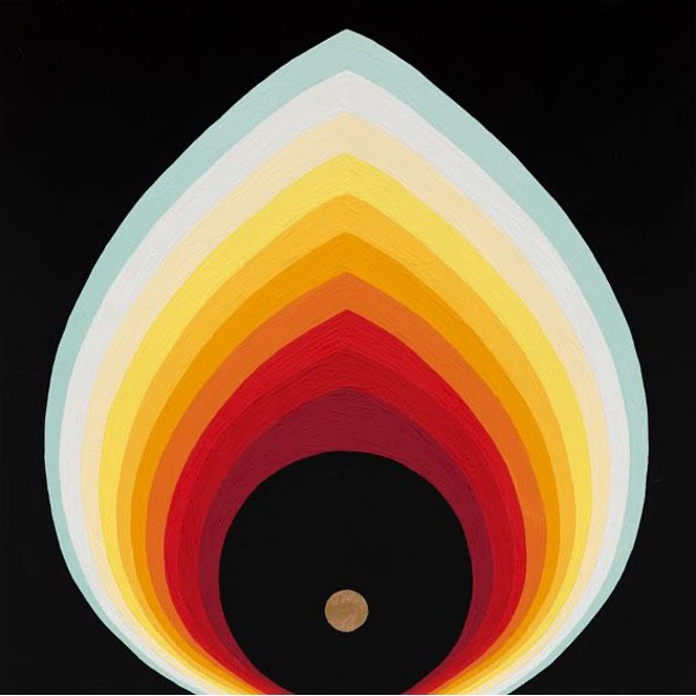