Joe Biden told Vladimir Putin that the US would decisively respond to the invasion of Ukraine The US President stressed the need to de-escalate the situation on the Russian-Ukrainian border for the success of Washington-Moscow negotiations on security guarantees. They will be held on January 10 in Geneva 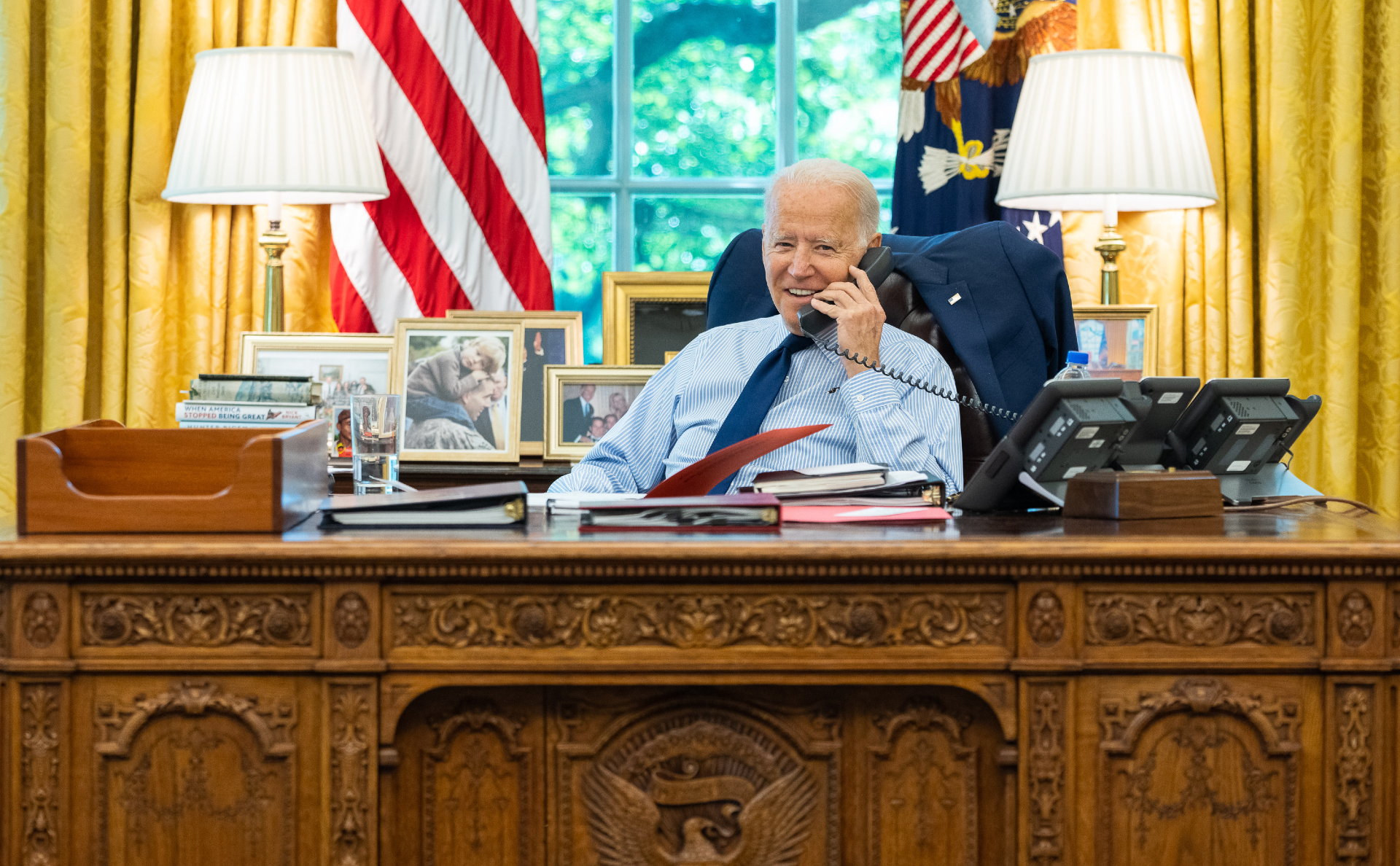 US President Joe Biden, in a conversation with his Russian counterpart Vladimir Putin, made it clear that Washington would take decisive measures in the event of Russia's invasion of Ukraine. This is stated in a statement by White House Press Secretary Jen Psaki.

Biden stressed that “significant progress in the [security] negotiations can only be achieved by de-escalating the situation.” The American leader supported the holding of bilateral consultations on strategic stability.

Aide to the President of Russia Yuri Ushakov said that Putin told his American colleague that the “ unprecedented sanctions '' that the West threatens to impose in the event of an attack on Ukraine could lead to a complete rupture of relations between the United States and Russia.

As noted. Reuters, citing a US administration official, said the main task of the two leaders' telephone conversation was to set the 'tone and direction'; the upcoming security talks in January.

The official said that the presidents saw an opportunity for progress in the upcoming talks, but also found aspects on which an agreement might not be reached.

Ushakov described the telephone conversation between Putin and Biden as serious, business-like and meaningful. The talks were entirely devoted to security guarantees, the issue of bilateral relations was not touched upon.

Vladimir Putin stressed that the Russian side will “ achieve results in the form of ensuring guaranteed security for Russia. '' Biden, according to Ushakov, “ in principle agreed with this point of view and reacted quite logically and quite seriously. ''

On December 15, the Russian Foreign Ministry published a draft agreement on security guarantees. In particular, Moscow proposed not to admit the countries of the former USSR, including Ukraine, to NATO, and to abandon military activities on the territory of these states.

Washington promised to prepare a reciprocal list of proposals.

23 Psaki said in December that the United States is not ready to agree with Russia's proposals for security guarantees related to NATO. NATO Secretary General Jens Stoltenberg said that the alliance will not compromise on Ukraine's entry into it.

Talks between Russia and the United States on security guarantees will be held on January 10 in Geneva, the Russian Foreign Ministry confirmed. Stoltenberg also proposed to hold a meeting of the Russia & mdash; NATO on January 12.