Scotland’s Belle and Sebastian have announced some new North American tour dates for 2023. They go down next April and May and include shows on the East Coast, in the Midwest, in Mexico, and in Canada. Check out all their upcoming tour dates below.

Frontman Stuart Murdoch was recently a guest on the BBC politics show Question Time, where he took the current Conservative British government to task for their policies. You can check out a clip here.

Stream A Bit of Previous here and read our review of it here.

In July, Belle and Sebastian performed their first ever Tiny Desk Concert for NPR Music.

A Bit of Previous was recorded in the band’s hometown of Glasgow after plans to record in Los Angeles in the spring of 2020 were scrapped due to the pandemic. The band self-produced the album, recording it themselves. The album features contributions from Brian McNeill, Matt Wiggins, Kevin Burleigh, and Shawn Everett. There are four different album covers for A Bit of Previous.

“We did it together, us and the city,” said Murdoch in a previous press release. “This record was the first ‘full’ LP recording for B&S in Glasgow since Fold Your Hands Child, 1999. We clocked in every morning, we played our songs, we wrote together, we tried new things, we took the proverbial lump of clay, and we threw it every day.”

A Bit of Previous is the band’s first proper full-length album in seven years. But in that time they have released EPs (plus an album that collected all the EPs), a soundtrack, and a live album. Their last regular album was 2015’s Girls in Peacetime Want to Dance. In late 2017 and early 2018 Belle and Sebastian released three interconnected EPs via Matador, all titled How to Solve Your Human Problems. How to Solve Your Human Problems Part 1 came out in December 2017, Part 2 came out in January 2018, and Part 3 came out in February 2018. Then all three EPs were collected in a vinyl box set and CD compilation that also came out in February 2018. In 2019 they released the soundtrack for the indie film Days of the Bagnold Summer. In 2020 they released the live album, What to Look for in Summer.

Read our interview with Belle and Sebastian’s Stuart Murdoch on How to Solve Your Human Problems.

Read our review of How to Solve Your Human Problems.

Read our interview with Belle and Sebastian’s Stuart Murdoch on Days of the Bagnold Summer. 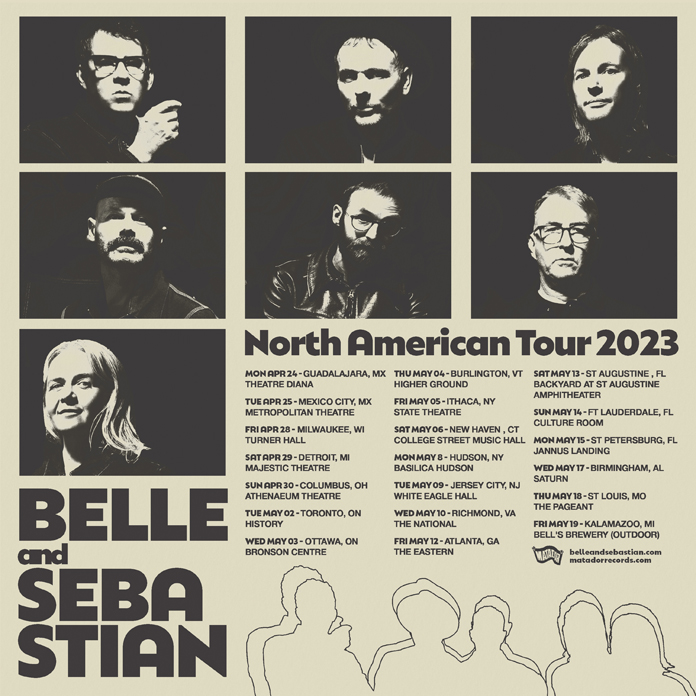