Australian punks Amyl and the Sniffers have announced a new album, Comfort to Me, and shared its first single, “Guided By Angels,” via a video for it. Comfort to Me is due out September 10 via ATO. Check out “Guided by Angels” below, followed by the album’s tracklist and cover art.

Comfort to Me is the band’s second album, the follow up to 2019’s self-titled debut. Nick Launay (Nick Cave, IDLES, Yeah Yeah Yeahs) mixed the album and Bernie Grundman (Prince, Michael Jackson, Dr. Dre, OutKast) mastered it. John Angus Stewart directed the “Guided by Angels” video. The band—frontwoman Amy Taylor, guitarist Dec Martens, bassist Gus Romer, and drummer Bryce Wilson—wrote the album during the pandemic while quarantining in the same house together. This allowed more time to work on the songs and refine them.

“The nihilistic, live in the moment, positivity and panel beater rock-meets-shed show punk was still there, but it was better,” says Taylor in a press release. “The whole thing was less spontaneous and more darkly considered.”

Taylor also had this to say: “The amount of time and thought I put into the lyrics for this album is completely different from the EPs, and even the first record. Half of the lyrics were written during the Australian bushfire season, when we were already wearing masks to protect ourselves from the smoke in the air. And then when the pandemic hit, our options were the same as everyone: go find a day job and work in intense conditions or sit at home and drown in introspection. I fell into the latter category. I had all this energy inside of me and nowhere to put it, because I couldn’t perform, and it had a hectic effect on my brain. My brain evolved and warped and my way of thinking about the world completely changed.

“Having to deal with a lot of authority during 2020 and realising my lack of power made me feel both more self destructive and more self disciplined, more nihilistic and more depressed and more resentful, which ultimately fuelled me with a kind of relentless motivation. I became a temporary monster. I partied more, but I also exercised heaps, read books and ate veggies. I was like an egg going into boiling water when this started, gooey and weak but with a hard surface. I came out even harder. I’m still soft on the inside, but in a different way.”

In conclusion, Taylor says: “People will use other bands as a sonic reference to make it more digestible and journalists will make it seem more pretentious and considered than it really is, but in the end this album is just us—raw self expression, defiant energy, unapologetic vulnerability.”

Comfort to Me Tracklist: 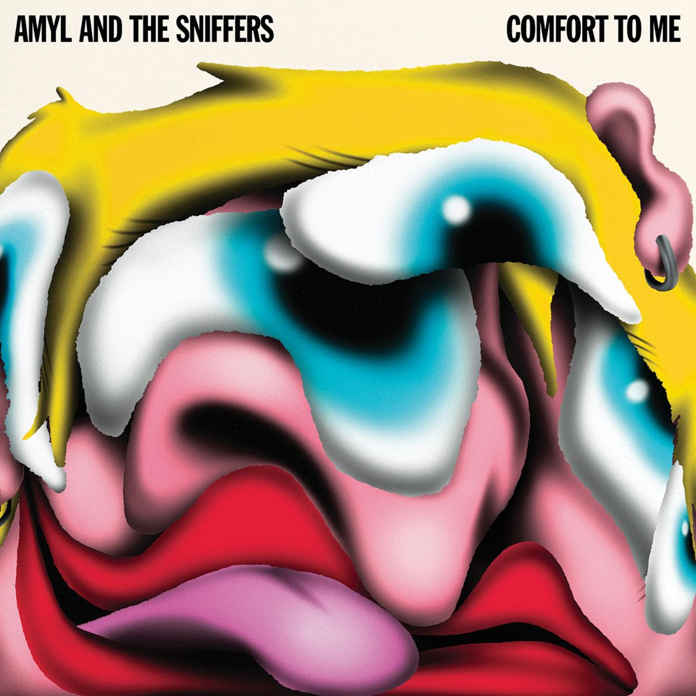